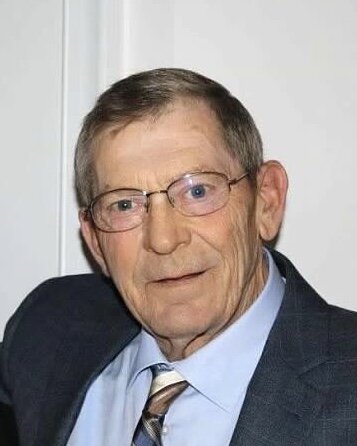 Charles P. “Pete” Gallagher, Jr., of Herndon, Virginia, passed away peacefullyat home on the morning of Tuesday, August 31, 2021 after a long battle with Parkinson’s Disease.  Pete was 74 years old.

Born on June 12, 1947 in Abington, Pennsylvania, he was the son of the late Charles P. Gallagher, Sr. and the late Elizabeth Ann Gallagher.  Pete was Charlie and Betty Gallagher’s second of seven children, and their first son.  In addition to his parents, he was preceded in death by his sister Elizabeth Ann “Betty Ann” Wisneski (Albert).

Pete attended St. Michael’s Parochial School in Annandale, Virginia and was in the first sophomore class at W.T. Woodson High School in Fairfax, Virginia.  He graduated from West Chester State College in West Chester, Pennsylvania in 1969 with a degree in Health Education.  Pete was a catcher for the WestChester Golden Rams baseball team, and a member of the Tau Kappa Epsilon fraternity.  While at West Chester, Pete met and became engaged to his loving wife of 52 years, Francine Louise (Gieringer) Gallagher of Reading, Pennsylvania.

During his 32 year career as an educator, Pete coached baseball, football, and wrestling.  Pete had a profound impact on his students and players, far beyond the walls of their high school.  He was their teacher, coach, mentor, friend, and father figure.  For some, he was even their boss, giving many an opportunity for employment with the pool service he owned, Pegasus Pools.

After he retired in 2001, Pete enjoyed exploring the local fishing holes on his boat and traveling near and far to attend his grandchildren’s many sporting events.  Pete was also an avid fan of the Baltimore Orioles, the Washington Football Team, and the Washington Nationals.

Pete is survived by his wife Francine, his son Steven Gallagher (Allison) of Leesburg, Virginia, his daughter Julie Majkowski (Deven) of Leesburg, Virginia, and his daughter Leslie Moylan (James) of Bethesda, Maryland.  He is also survived by his sisters Margaret Campane (Jerry), Patricia Boyle (Keith), Jean Doyle, Mary Bergstrom (Mark), and brother Paul Gallagher, as well as his grandchildren Jackson and Joshua Gallagher, Brett and Brady Majkowski, and Jameson and Sara Louise Moylan, and many cousins, nieces, and nephews.

The family will receive friends and family from 5:00 PM until 7:00 PM on Tuesday, September 7, 2021 at Adams-Green Funeral Home.

A funeral mass will be held at 11:00 AM on Wednesday, September 8, 2021 at St. Joseph Catholic Church. Burial will follow at Fairfax Memorial Park.

Memorial donations may be made to The Michael J. Fox Foundation for Parkinson’s Research (https://www.michaeljfox.org/donate).

Share Your Memory of
Charles
Upload Your Memory View All Memories
Be the first to upload a memory!
Share A Memory
Send Flowers