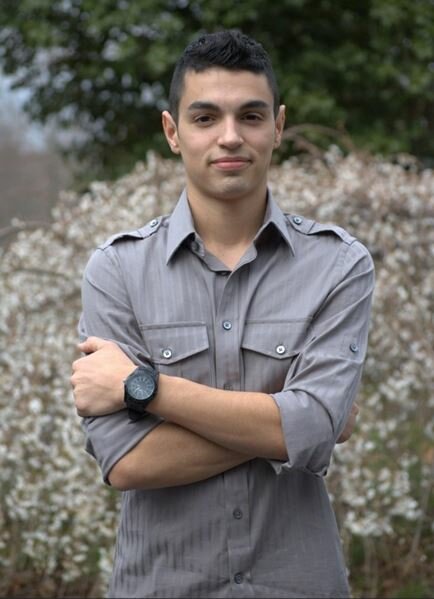 Ethan Dario Gonzalez, age 31, passed away in the early morning hours of September 9, 2021 in his Leesburg Virginia home. Ethan is survived by countless family and friends, but most notably, his wife Debbie Lynn Gonzalez and their daughter Sophia Loren Gonzalez, the light of his life.

Ethan was born on October 17, 1989 in Fairfax, Virginia to his parents Melodie and Dario. After graduating from Calvert High school in 2007, he moved to Myrtle Beach, SC. Ethan joined the United States Army in 2011 and completed a tour in Afghanistan. Ethan met the love of his life, Debbie, at Fort Lewis, Washington and the pair were married in 2013. After his discharge from the military, the two moved to Virginia where Ethan began a successful career as a car salesman. Ethan and Debbie were blessed with their daughter Sophia in April of 2021.

Ethan’s smile was infectious, his laugh was booming, and his heart was genuine. He was clever and generous… To know Ethan was to love Ethan, especially his swank hair. The family is greatly appreciative of all prayers, thoughts, and kind gestures. Services for Ethan are as follows a visitation will be held on Thursday, September 16 2021 from 5 pm to 8 pm at Adams-Green Funeral Home where a funeral serivce will be held  on Friday at 1 PM.  Interment will be private.

Share Your Memory of
Ethan
Upload Your Memory View All Memories
Be the first to upload a memory!
Share A Memory
Send Flowers