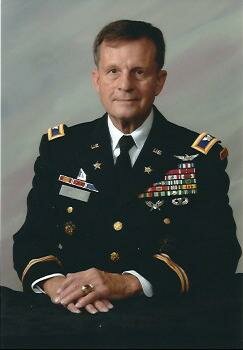 Paul spent 31 years in the Army, having graduated from West Point in 1956.  He was a helicopter pilot during the Vietnam war, served with the 82nd Airborne Division, and with the 1st Cavalry Division in combat. He participated as Flight Leader of 4 helicopters in one of the most vicious battles of the Vietnam war described in Moore and Galloway’s We Were Soldiers Once… and Young (Random House, 1992) and depicted in Mel Gibson’s 2002 movie, We Were Soldiers Once.  He was awarded several medals, including the Silver Star, 2 Bronze Stars, and Air  medals for Valor, Meritorious Service, Joint Service commendations, and a Presidential Unit citation.

Paul was married for almost 29 years to Rita Hoffman Winkel.  He is also survived by his son, Paul P. Winkel, III, his daughter, Heather P. Winkel, his nephew, Eric M. Orr, and niece, Valerie B. Dillon.  Paul was also beloved by his stepchildren and grandchildren. He was a good father and husband, a strong, honorable man.

Paul and Rita were avid volleyball players and annually competed in the Senior Olympics, the US Open, and the Huntsman games in St. George, Utah. They traveled extensively, often to Europe.  In between their many travels, Paul worked diligently on making sure that others he had served with in Vietnam received the recognition they deserved. He also wrote a book about his experiences, entitled Air Assault “Slicks” at War, which is soon to be published.

Share Your Memory of
Paul
Upload Your Memory View All Memories
Be the first to upload a memory!
Share A Memory
Send Flowers