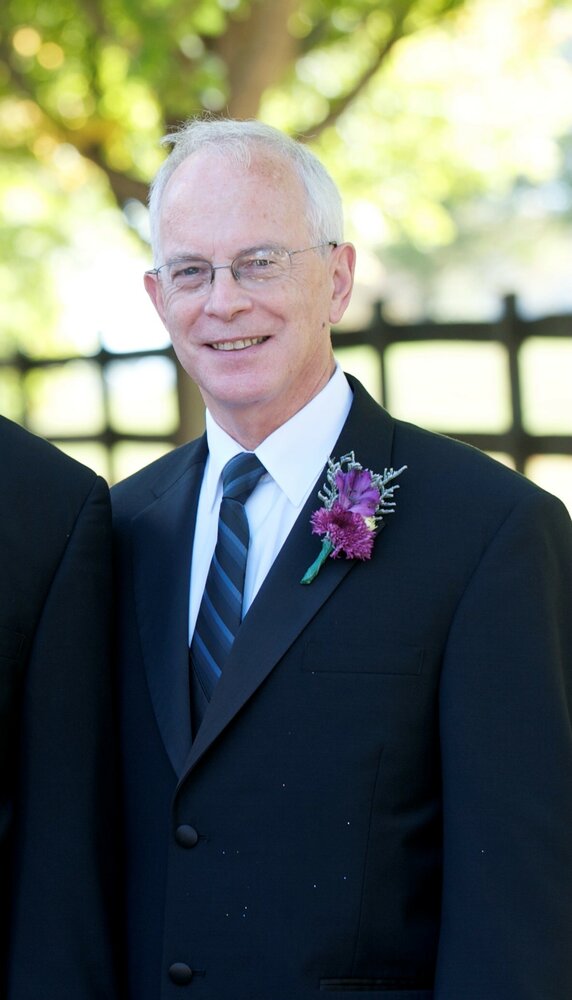 Brooks Herbert Hunt of Sterling, Virginia passed away Friday September 17, 2021 at the age of 74, after a brief but hard-fought battle with pancreatic cancer. He is survived by his wife Cheryl Hunt, his sister Holly Looney, his twin brother Bill Hunt, his 2 children Jennifer Langenberger (Gene) and Kyle Hunt (Brynn), and his three grandchildren Sara, Anna, and little Brooks.

Brooks will be remembered for his mechanical aptitude, quiet strength, leadership, and caring heart.

Brooks was born in Indianapolis, Indiana on September 7, 1947 to the late Harry Hunt and Beth (Brooks) Hunt. Brooks was very mechanically inclined, and his aptitude for building bloomed early. When he was a very young boy, he and his brother Bill each received American Flyer wagons as gifts. Instead of riding in and pulling his around, Brooks took his apart. And when he finished, he took Bill’s wagon apart. At night his dad would put the wagons back together. But the next day, Brooks would take the wagons apart again.  No matter how tightly his dad put the wagons back together each night, Brooks was able to take them apart again the next day.

As he got older Brooks was active with his local Boy Scout Troop and worked to attain the rank of Eagle Scout. He and his brother were the youngest set of twins to ever attain Eagle Scout in the Central Indiana Council.

Brooks attended Purdue University where he earned a BS in Metallurgical Engineering in 1969. There, he was president of Tau Epsilon Phi fraternity. He later earned his law degree from the University of Baltimore School of Law. It was at Purdue that he met his wife Cheryl. They got off to a rocky start when Brooks was bouncing a ball against the wall of her dorm while she, with the help of her brother Steve, was trying to move in.  Cheryl did not find the ball throwing to be endearing.  A few months later Steve recognized Brooks sitting in Cheryl’s dorm and struck up a conversation with him. This time Brooks caught Cheryl’s eye with his good looks and gentlemanly nature. He’s been getting on her nerves (in the best possible way) ever since then.

Brooks and Cheryl married on August 16, 1969. In their home Brooks was able to fix anything that was broken, so well that a handyman or repair man never needed to be called. He was known to say “what are you going to do, break it worse?” when it came to attempting repairs on broken items.  Early in their marriage, Brooks and Cheryl purchased a used Jaguar XKE, which they named “Lizzie”. Brooks took the engine apart to fix it and learned how it worked in the process. Around the house, in addition to building and fixing things, he often performed feats of bravery. One time, before one of Cheryl’s Garden club meetings, he removed two large black snakes from a garden wall, a wall that he had built with baby Kyle in a carrier on his back. Brooks carried them up to the woods to release them as he didn't want to harm them because they were “good snakes” that kept the mice managed.

Together Brooks and Cheryl raised two kids, Kyle and Jenny and many pets including dogs, cats, rabbits, snakes, and fish.  Brooks and Cheryl worked with their kids to build gingerbread houses every holiday for their elementary school classes.  Everyone looked forward to the annual gingerbread project.  Brooks also coached Kyle’s soccer team and led his cub scout pack.  Brooks had an adoration for Cheryl that often showed in fun and creative gifts for her.  On Cheryl’s 60th birthday, Brooks surprised her by flying her brother and sister-in-law in for an amazing family reunion.  Brooks was also creative in working with local artisans to create jewelry for Cheryl, one time even having an entire crew shell, complete with oars and riggings, made as a necklace pendant.

Not only was Brooks a loving husband and father, he was also an incredible Grandfather.  He always made room in his life to love and learn with his grandchildren, be it teaching little Brooks about wood working and doing outdoor work or taking Sara and Anna to their first Cubs game (at Wrigley field), or helping to assemble and put up Christmas decorations.

Brooks enjoyed personal computers from the very beginning of when they were available. He had a VIC-20 and then a Commodore 64 which he learned (and taught Jenny) to program on. As computers evolved so did he, teaching himself other computer languages and operating systems.  He built most of his own PC’s.  He became so adept at programming and working with computers that he would go on to write software reviews for computer magazines.

Brooks worked for the US Patent and Trademark Office (USPTO) where he started out as a patent examiner in Group 220, reviewing classified inventions for patentability. Brooks quickly rose through the ranks, becoming a supervisor and then found a way to combine his love of computers with his patent work as he played a key role in the automation of the US patent system.  Some of that work included designing and implementing the search system that the USPTO still uses today.  Brooks received many awards and accolades to include the Chamber of Commerce Bronze Medal twice.  He retired from the USPTO in early 2008, but soon “flunked retirement” and found himself back in the IT field. He worked for 10 years as a Project Manager for the subject matter expert team at Attx. After that time, he successfully retired to spend more time with his family and cats. He enjoyed working part time at Woodcraft.

In addition to his successful career, during a large part of his life Brooks was a runner. He discovered his love of running during high school when they were sent out to run a mile. He ran the mile as fast as he could, finishing ahead of everyone including the school’s top athletes. Since then, Brooks ran countless miles and races, including an innumerable number of marathons. He had as many running stories as he did races, including the time that he ran the Marine Corp marathon in under 3 hours but missed qualifying for Boston because the course was called short after the race. He did later qualify for and run in the 100th Boston marathon. He shared his love of running with his daughter Jenny and later with his daughter-in-law Brynn as well. He also coached many runners through successful marathons. He shared a lot of advice and wisdom, including to “sprint up the hills - they are difficult to run up either way and passing them on a hill demoralizes your competition”.

Brooks was also a skilled builder and woodcrafter. His projects included a kid’s playroom, an innovative hidden pantry, a greenhouse, a gazebo, a brick front porch, reroofing their home, a train table, a theater for stuffed animals (including a lighting system), numerous tables, chairs, bookshelves, and floors. He was particularly proud of the screened-in porch he built that the inspector looked at and proclaimed, “strong enough that a helicopter could land on it”. In his retirement he started turning pens, making knives and building wood chess boards. He also built a handicap ramp so “Morty”, Jenny’s aging retired racing greyhound, could still get into her house after he couldn’t walk up the stairs anymore. He shared his mechanical and woodcraft skills with his son Kyle.

Brooks’ passions occasionally got him into trouble, but he was always strong and stoic. He incurred many maiming injuries, including a time when he cut part of his finger off with a table saw because he turned to yell at Jenny and Kyle (who were probably fighting). As he drove himself to the hospital he was going rather fast, and when Jenny said “you’re going to get pulled over” he said “I hope I do, they can probably get me to the hospital faster.”  He also broke ribs, separated his shoulder, sliced open fingers and hands, and ran a rusty tomato cage through his leg in various other incidents. He was a 22-year prostate cancer survivor. Through all of this he never complained. He was always ready to fix things and fight on.

He was an amazing person, husband and father and he is and will always be deeply missed.

In lieu of flowers, memorial donations may be made to the Friends of the Fairfax County Animal Shelter or to Capital Caring Health, the hospice foundation that saw Brooks through his final days.

Share Your Memory of
Brooks
Upload Your Memory View All Memories
Be the first to upload a memory!
Share A Memory
Send Flowers
Plant a Tree