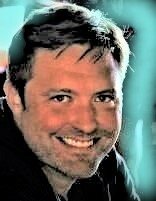 Ryan was born in Richmond, Virginia on October 19, 1979.  He learned, that his name Ryan, comes from the Gaelic words righ and an, which together means “Little King”.  As soon as he began to talk, he developed special names and phrases for people and events, this continued until the last days of his life. Darth Vader was ‘Darth Rail Rail’, the dog’s snout was referred to as a ‘snortzel’, Beaker from the Muppets with his wild red hair was ‘he burning’, and a gaming chair was a ‘floor couch’.

Ryan was barely two when the family moved to Boca Raton, Florida. This is when he started to show his ability to create chaos; he had to be rescued from the pool, when he flipped over his ‘hot wheels’ tricycle, he had to be driven to the emergency room in Fort Lauderdale, when he flipped over his rocking chair and split open his chin, and completely brk his forearm when . He loved to tell the story of when he fell down the stairs with a plate of spaghetti. It hit the wall and was eaten by his dog Charlie before Ryan could even get up.

All of his friends and family were amused by Ryan’s interests and appreciated his good humor. He was easy to love and was child who never really completely grew up. He liked Superman, HeMan, VT, the Orioles, Tampa Bay Buccaneers, pirates, sharks, the band Metallica, and the TV series ‘Alf’ and the ‘Simpsons’. He enjoyed Rocky, Star Wars, Superman and Ernest movies. He l with his niece and nephew as it provided even more opportunities to be a child again; they went to the Reston Zoo, Sky Zone, water parks, the Indianapolis Orchestra Symphony, Rhythm Discovery Center and the Indiana Zoo.  He loved his dogs, Charlie, Skippy and Hunter.

Ryan was probably the only man, 41 years old, who was buying Captain Crunch and Franken Berry cereal at the grocery store (especially if it was on sale or there were special holiday flavors). He enjoyed raiding the refrigerator to eat cold salmon at night; and loved to sample every pizza and fried chicken joint he could find. Ryan was known for his love of seafood, especially oysters and steamed crabs and never wanted to miss an opportunity to get some.  He also loved to cook on his outdoor grill and smoker and loved to try exotic foods that most people would never dare to try.

There was also a serious side to Ryan’s life. Ryan was an altar server both at St. Jude Church in Boca Raton and St. Thomas a Becket Church in Reston.  He was a co-announcer on the morning program at Del Prado Elementary acted in the Herndon Middle School plays. He participated in many sports activities and clubs; T-ball, little league, football, and Tae Kwon Do. Later in life, he took up golf, and had hoped to spend time developing his new skill. He showed an early aptitude for writing and marketing. He received a letter of recommendation from his high school marketing teacher on his accomplishments. At Virginia Tech, he was an exchange student at the University of Georgia, did two co-op terms with the Metropolitan Washington Airports Authority and graduated with distinction.

Shelby e went on to obtain his Masters Degree and a Lean Six Sigma Green Belt Certification. During the early years in Indiana, he also published a book called ‘Into Darkness’.  He had the opportunity to travel, both personally with his wife, and on business to many interesting places. Ryan’s greatest desire, in the latter months, was to travel and visit with as many of his family and friends as possible. He showed us that the desire to love others should come before all else.

Ryan was so excited to be stepping off into a new direction and place. He started to take that first step on September 13, when he arrived in Kansas City and completed it on September 15, when he passed from this life to the next. He will be greatly missed by all who knew him and were touched by his life.

In lieu of flowers, the family is asking for donations to be made to the Ascension St. Vincent Foundation  https://give.stvincent.org/donate  or the Foundation for Alcoholism Research http://alcoholismresearch.org/

Share Your Memory of
Ryan
Upload Your Memory View All Memories
Be the first to upload a memory!
Share A Memory
Send Flowers