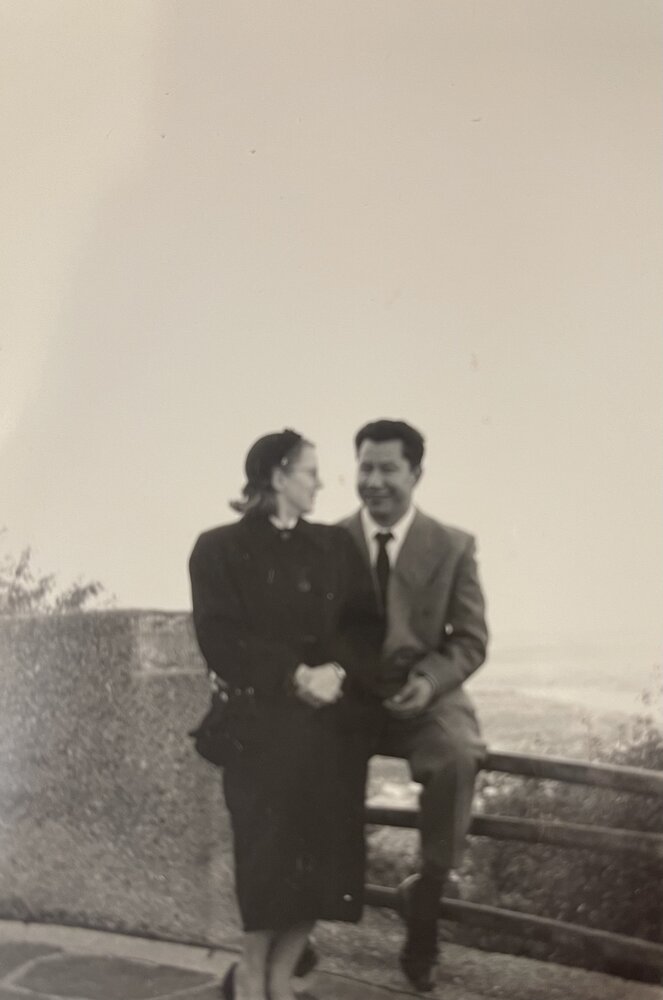 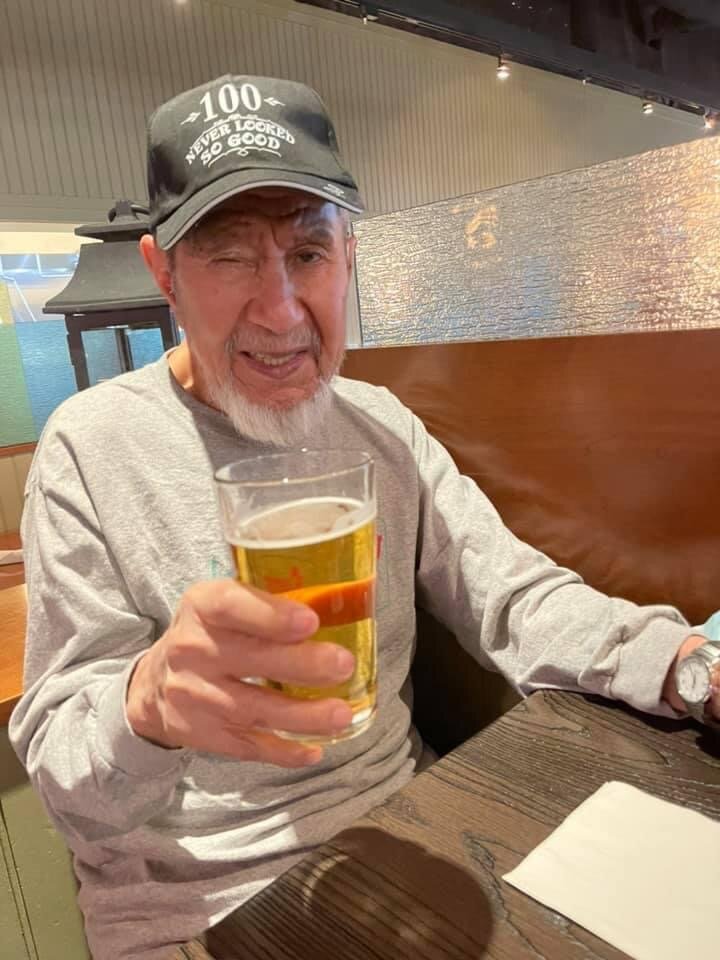 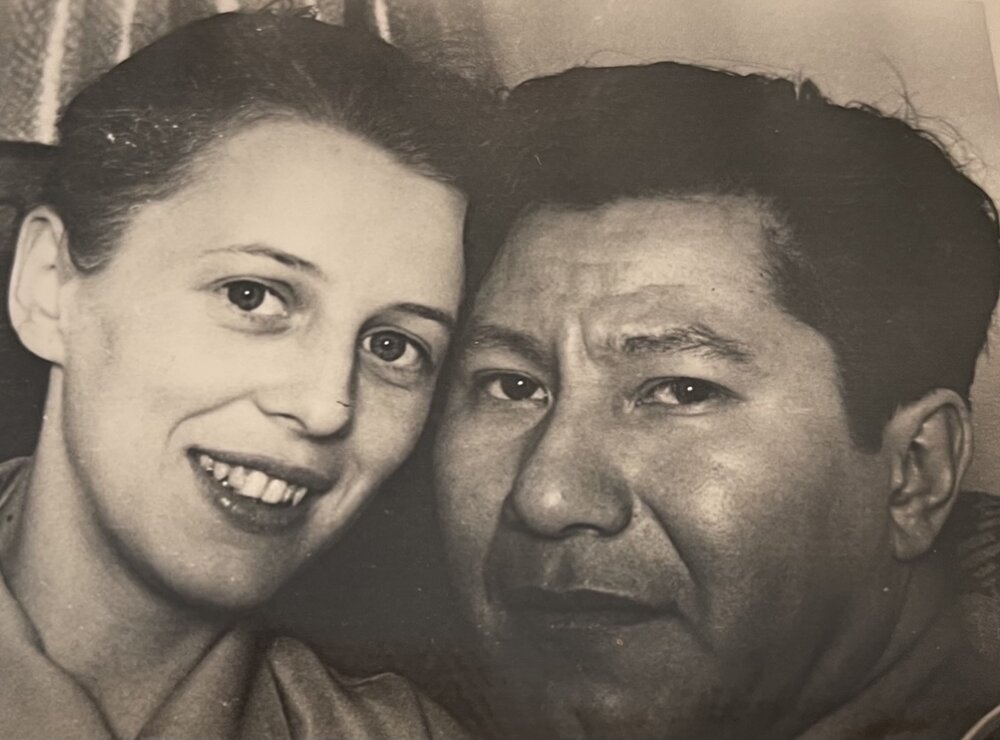 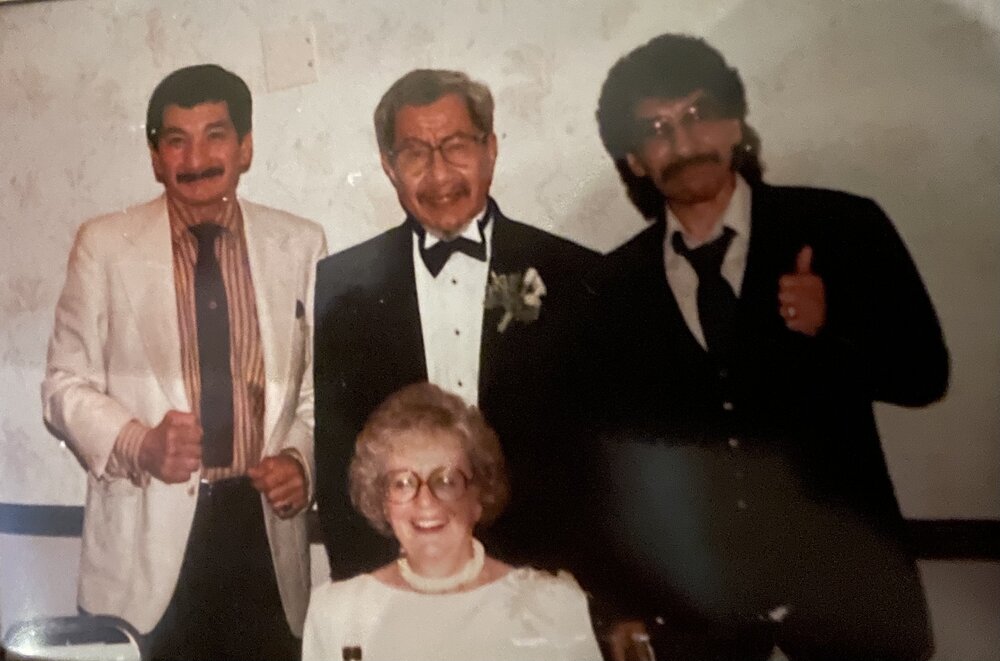 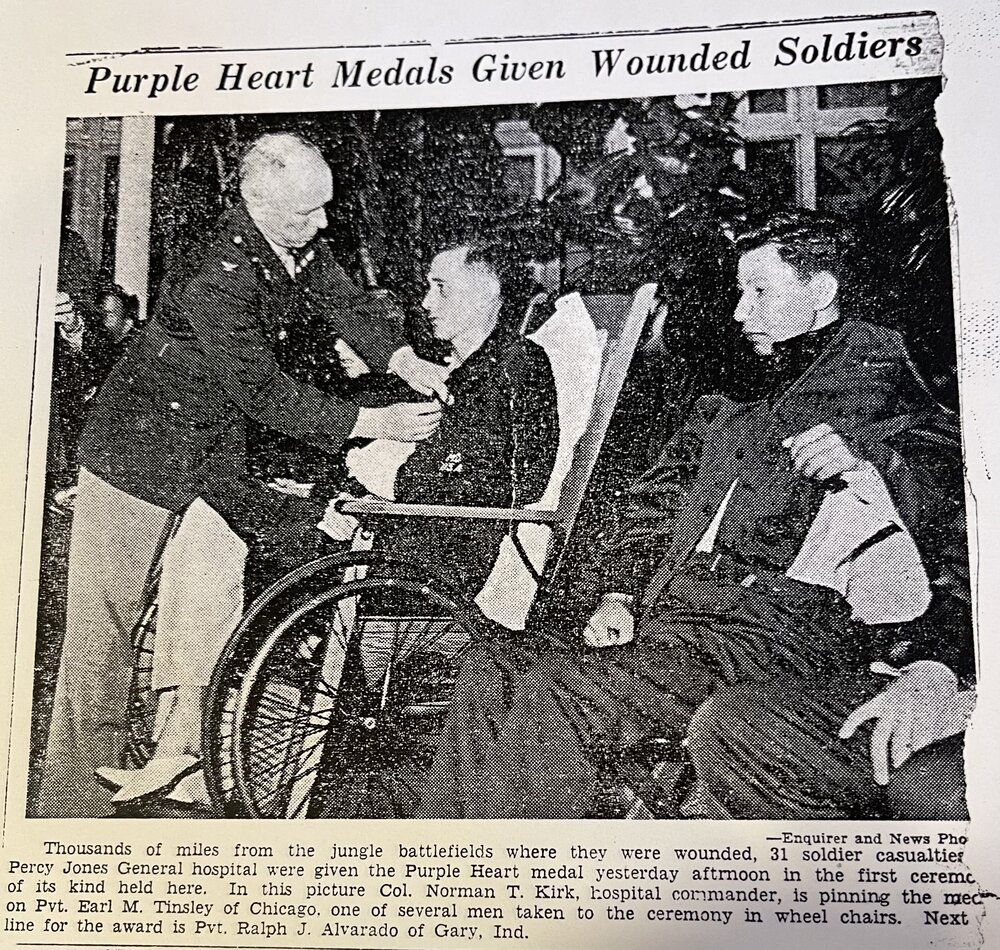 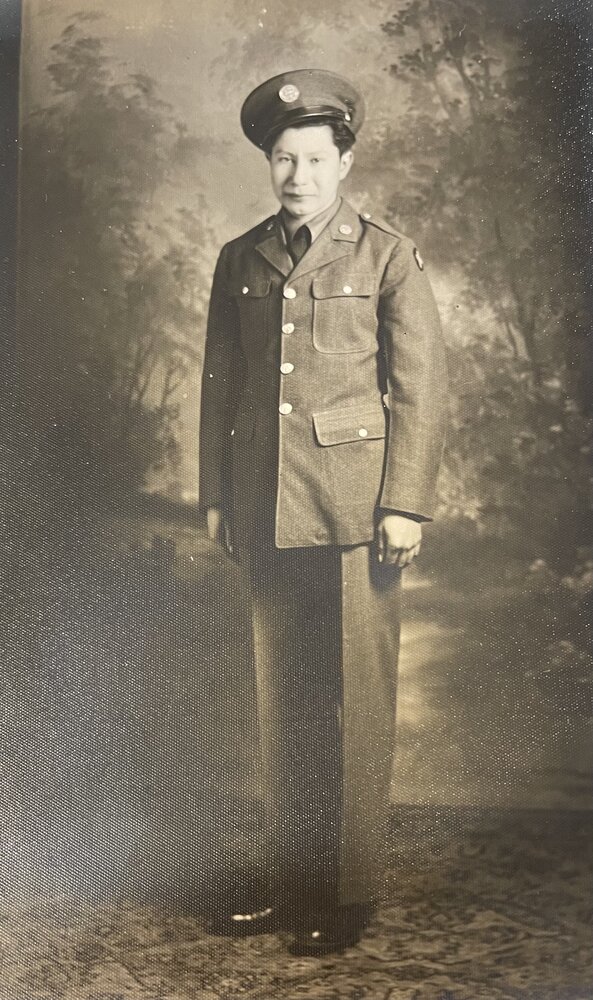 Born in 1921 in Ottawa, Illinois, he was the oldest of 13 children of Frank and Angela Alvarado. From a young age he had a yearning for adventure.  He entered into Franklin Roosevelt’s Conservation Corps on 15 July 1938 serving in Company 4605, Camp DG-99 in Mountain Home, Idaho. He became a driver of large construction vehicles which started his interest in anything and everything automotive. He was honorably discharged on 26 June 1939 and headed back to Ottawa to be with his family. On 8 October 1940, he enlisted in the Illinois Army National Guard and was activated into Active duty on 5 March 1941. He served as a sniper in Company C of the 132nd Infantry Regiment which supported the Asiatic-Pacific Campaign. He was seriously wounded on December 26, 1942 in the Battle of Guadalcanal, and sent to Percy Jones Hospital in Battle Creek, Michigan to begin his long road to recovery.  He was hospitalized for 9 months and endured numerous surgeries and physical therapy.  He was honorably discharged on 13 September 1943 and was awarded a Purple Heart and Bronze Star for bravery. He supported the war as a civilian promoting war bonds and stood up for those military members wounded early in the war---later being one of many who earned a “ruptured duck” lapel pin – identifying those who had already served on the front lines and were now home as civilians.

At the end of WWII, Ralph journeyed to Washington D.C. to work as a federal employee at the War Department. Once again, his yearning for adventure kicked in and he looked for an opportunity to travel abroad and use his fluency in Spanish. However, the War Department had other plans and sent him to Europe, where he landed in Vienna, Austria as a Logistics/Supply officer supporting the American post war unification efforts. This was truly a fateful move, of which Ralph was eternally grateful, because he met the love of his life, Elsa, while walking home from work on a beautiful sunny day in 1949.  This was the beginning of 65 year love affair; they married in Vienna in November 1953, and were devoted partners until Elsa’s passing in 2014.

He and Elsa eventually returned to the United States in 1954, settling in Chicago and then in Glen Ellyn, Illinois. Ralph was a small business owner for over 20 years. He operated Ralph’s Service Station for both Sinclair and ARCO, as well as a towing/plowing and U-Haul business. He made lifelong friends at his Service station and had great memories of those times. After a motorcycle accident he was forced to make a job change and chose a new path as an Unemployment benefits counselor for the State of Illinois. Ralph was finally able to use his Spanish in this job and found his time working unemployment benefits to be very rewarding.  He retired from the State of Illinois, after 20 years of service in 1999 at the age of 78.

He and Elsa retired to Chandler, AZ in 1999 and enjoyed 13 wonderful years with their children and grandchildren. He loved all that Arizona had to offer; especially the warmer weather and spent many hours in the pool and on the patio next to Elsa enjoying Arizona sunsets. In 2012 Ralph and Elsa moved to Ashburn, VA to live with their daughter Heidi and her family.

He spent his final years enjoying his beloved cats, hanging with his grandchildren, and going to Happy Hours. He became a Happy Hour fixture in the Ashburn community and made many friends---everyone knew “Opa”. He was a master storyteller as well as a great listener. He loved to laugh and was always ready with a joke or a quip.  Nothing made him happier than to share a laugh over a good meal and a few drinks with family and friends.

We know that he was grateful for all the kindness and friendship shown to him from the Ashburn, VA community after Elsa passed away.   Her loss was great and he felt very blessed to be surrounded by so many caring friends.  We’d like to send a special thanks to the Ashburn community at large and especially: Star and Lisa and the rest of the Passion Fin family, Carlos, Zack, Sam, Anthony, Griffon, Dane and the rest of the Blue Ridge Grill staff, Jana and the rest of the staff at Clyde’s, Sabine from At Kaiser’s, Lisa from Papa Tony’s, Rudy and Carlos from Ciro’s, the staff at Ford’s Fish Shack, and special friends Joelle and Jeff Skidmore, the Hennessey Family, Kris and Terry Clark, Jarrod and Tammy,  and Darcy Redding.

Also, our sincere gratitude to all the caregivers who helped Ralph gracefully age to 100:  Dr. Young Park and staff at Cardiac Care Associates, Dr. Amy Sinha, Rebecca, Jorie and the rest of the staff at Broadlands Family Practice, Dr. Suhad Kim and Dr. Michael Kim at Goosecreek Village Dental, Medstar Cardiac Unit, and Denise and Veronica from Capital Caring Hospice.

He is survived by a loving family:  his daughter Heidi (Alvarado Mahoney), son-in-law Gerry Mahoney, grandchildren Liam Mahoney and Emma Mahoney and his beloved sisters Eleanor Sierkowski and Mikki Wagner and brothers Frank Alvarado and Terry Alvarado and many cousins, nieces and nephews. He is preceded in death by his devoted and loving wife and son, Elsa and Raphael Walter, loving parents Frank and Angela Alvarado, and beloved siblings: his sisters Jenny Duran, Delores Vela, Ann Curtis, Ester Diaz, Marylou Diaz, and brothers Ray Alvarado and Terry Alvarado.

He was an unbelievably humble, kind, giving and gracious man who was deeply loved and will be sorely missed by all. To all family and friends...Ralph was thankful for your presence in his life and the memories shared.

Funeral services will be held at Arlington National Cemetery, date to be determined. Please go to Adams-Green Funeral home for service updates; www.adamsgreen.com.

Memorial gifts may be made to any of the many charities he generously supported over the years; Disabled American Veterans, Veterans of Foreign Wars, US Humane Society, American Society for the Prevention of Cruelty to Animals, National Park Foundation, American Cancer Society, Alzheimer’s Association and the Michael J. Fox Foundation for Parkinson’s.

Share Your Memory of
Ralph
Upload Your Memory View All Memories
Be the first to upload a memory!
Share A Memory
Send Flowers
Plant a Tree