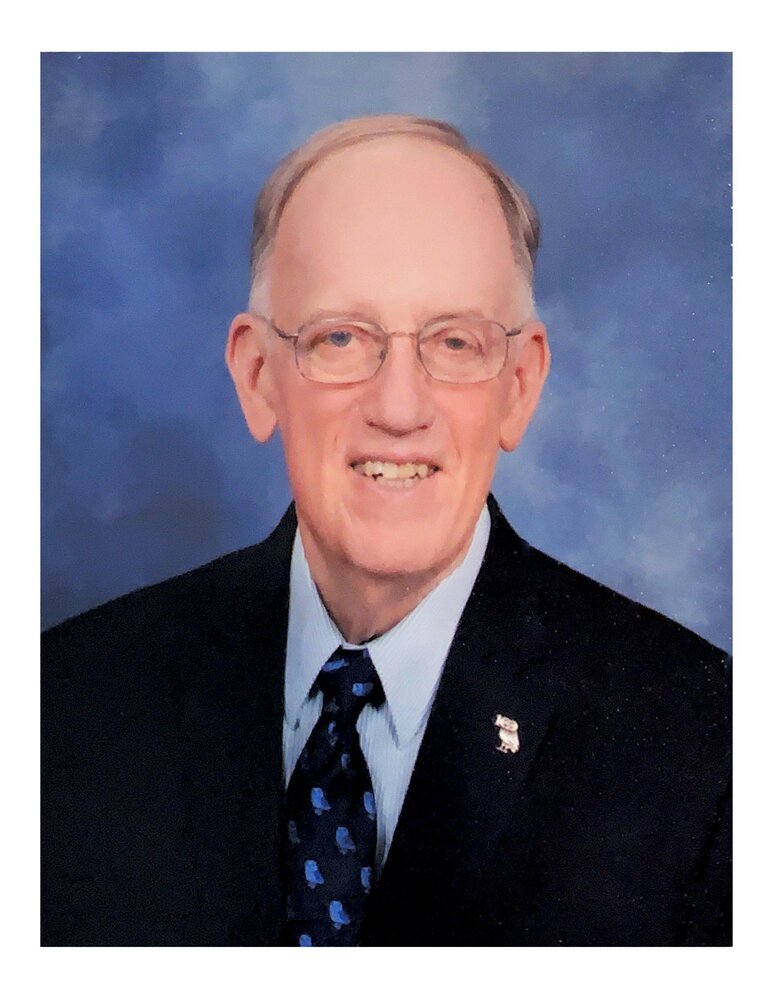 Please share a memory of William "Bill" T. to include in a keepsake book for family and friends.
View Tribute Book

After an extended illness, Bill found peace on Thursday, October 21, 2021 at the Fairfax, VA rehab facility where he was under care.  He is already missed greatly by his family:  his wife of 53 years Adrienne; his son William III / “Chip” Free (Kellie); daughters Dena Argerson (Dennis), and Emily Free; and his grandchildren Will, Daniel and Sean Free; and Nicholas and Mariann Argerson.

Bill was born in Memphis, Tennessee in 1943 to William T. Sr, and Laura Benton Free.  He was predeceased by his sister Nancy.  The original family name was Ferrée, one of the founding families in the early 1700’s of land near Paradise, Pennsylvania in Lancaster County.  Bill grew up in Louisiana and Arkansas, and graduated from Kirkwood High School in Missouri.  He continued his education at Rice University in Houston, Texas, earning his degree in Economics in 1965.  Having attended Rice on a Naval ROTC scholarship, he subsequently served in the US Navy as a Supply Corps officer for a total of 28 years.  For the first five years, his Active Duty assignments were to new construction vessels, the USS William H. Standley (DLG-32) and USS Hammerhead (SSN 663), and to the Fleet Material Support Office in Mechanicsburg, PA.  He then transitioned to the active Navy Reserve where he continued to serve before retiring in 1993 as a Captain.

He joined Northwestern Mutual in 1970 working as an agent in central Pennsylvania and later as a trainer in its Wisconsin home office.  Several years later he went on to lead insurance training departments for the American Society of CLU (Bryn Mawr, PA) and the Life Underwriter Training Council (Bethesda, MD) where he was instrumental in shaping the curriculum and then traveling the US and the world as a teacher and mentor.  He also earned his CLU, ChFC, LUTCF, CASL, CLTC professional designations, as well as MSFS and MSM graduate degrees.  His work opportunities also enabled him to almost complete his life travel goals:  he made it to all 50 U.S. States, and 5 of 7 continents. (He decided they couldn’t sell insurance to the penguins in Antarctica.)

In 1999 he returned to Northwestern Mutual as a Financial Representative in Fairfax, VA for another 20 years before finally retiring.  In addition, he remained active in the insurance industry, serving in leadership roles and holding many different Board positions in state and local industry associations, and for which he received notable honors including the NAIFA Virginia Hall of Fame award in 2017 for his lifetime of work in the insurance industry.

Bill had active interests outside of work as well, especially with his hobby of Amateur Radio, which started with earning his first license at age 14. He loved contesting, making thousands of contacts over the years all around the world.  He was one of few hobbyists who could still communicate by Morse Code. He remained busy locally with SPARC (Sterling Park Amateur Radio Club), attending and participating in many of its activities.  He took his hobby to the Boy Scouts as well – another area in which he had been an active participant since his younger days in Louisiana and continued as an adult volunteer.  He directed the Ham Radio station at the Boy Scout Jamborees at Fort A.P. Hill, VA in 1985 and 1989. Numerous new ‘Hams’ were added to the ranks after each of these events.

He was active as a liturgical minister and with other volunteer groups at every church parish where he lived, most recently with the St. John Neumann Knights of Columbus.

He contributed at the Fairfax County Office of Elections as part-time staff and volunteer for 24 years. His interest in elections began when he became eligible to vote as a young man and was given life when he was elected as a township Tax Collector in a Philadelphia suburb with two write-in votes. It was his way to show his children the importance of every vote!

Bill also greatly enjoyed sports, mostly as a spectator watching his favorite teams on TV. In his youth, depending on where the family was living, he fished, bowled and played Little League; his one season playing football in high school ended with a broken arm. Golf was a lifelong interest – he started as a caddy while in high school, and by oftentimes combining golf with his travels as an adult, he managed to play golf in 34 of the 50 U.S. States. In recent years, the sports he liked to follow the most were the first-hand reports of the baseball, lacrosse, soccer, field hockey, cross-country, swimming and basketball accomplishments of his grandchildren.

The family will welcome visitors at Saint John Neumann Church in Reston, VA on Thursday, November 11, 2021.  A brief Visitation at 10am will precede the Funeral Mass at 11am.  The service will also be livestreamed.  https://boxcast.tv/view/mass-of-resurrection-for-william-bill-free-661645  There will be a Reception in the church fellowship hall following the Mass.  Service and burial with military honors will take place at Arlington National Cemetery on Tuesday, March 15 at 12:45pm. Please see below for additional information. In lieu of flowers please make a donation in his name to a charity of your choice.

Share Your Memory of
William "Bill" T.
Upload Your Memory View All Memories
Be the first to upload a memory!
Share A Memory
Send Flowers
Plant a Tree