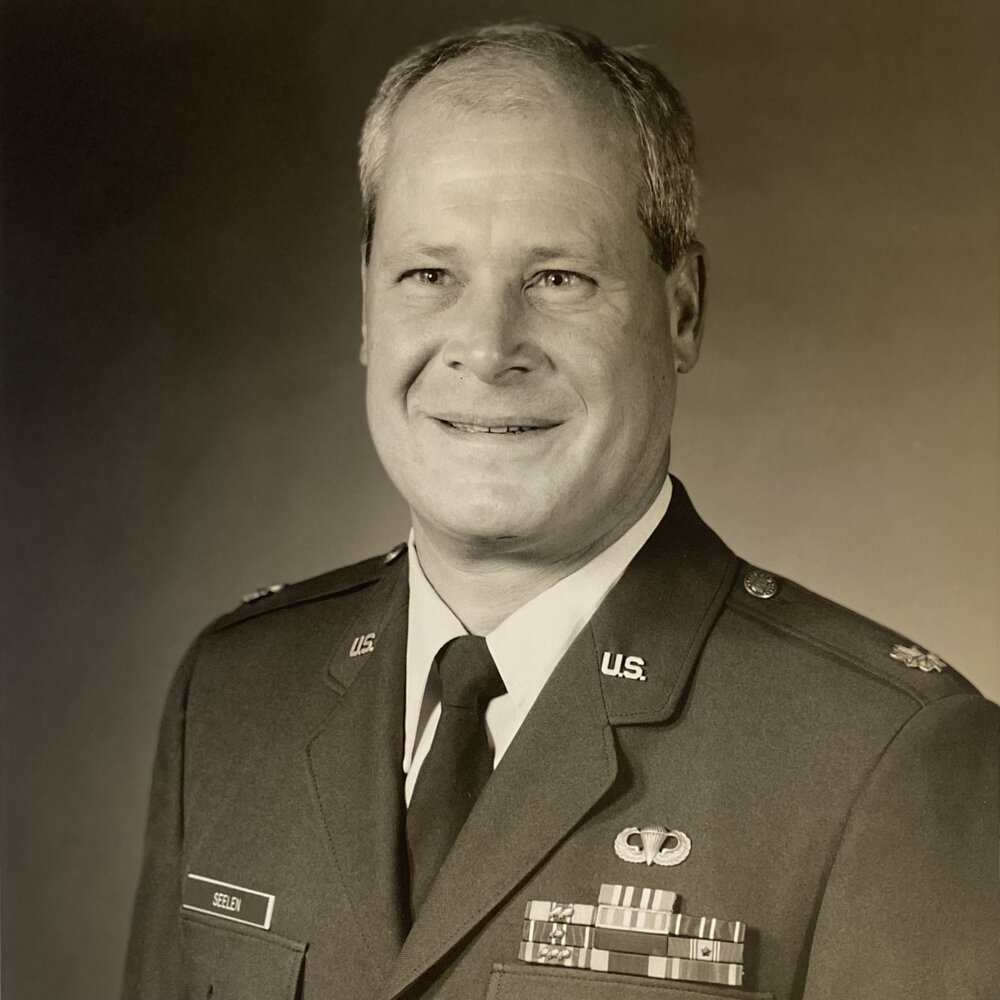 Lieutenant Colonel Richard Joseph Seelen, Retired, 72, passed away on October 26, 2021, at his home in Herndon, VA. He and his wife,  Rebecca Seelen, shared 47 years of marriage together.

Born in Rock Island, Illinois, he was the son of Francis and Eda Seelen. He graduated with a Masters of Science in Cartogaphy from Marshall University in Huntington, West Virginia. He served as an officer in the United States Air Force for 22 years and retired at the rank Leiutenant Colonel in 2000. Post retirement, he worked as a systems engineer for 15 years and most recently, enjoyed working as a substitute teacher.

He was a member of Zeta Beta Tau, the Air Force Association, and St. John Neumann Catholic Church. He will be remembered for his love of teaching, his love of his country, and his faith in God.

He was preceded in death by his parents Francis and Eda Seelen, sister Janet Seelen-Haught and brother Jeffrey Seelen and his dog Sir Tucker.

The funeral service will be held at St. John Neumann Catholic Church on November 8, 2021 at 10:30 am with a reception to follow. Graveside services will be held at Arlington National Cemetery on a date to be determined.

In lieu of flowers, the family requests that donations be made to the charities for the Wounded Warriors Project (www.woundedwarriorproject.org) or Pets for Vets (petsforvets.com).