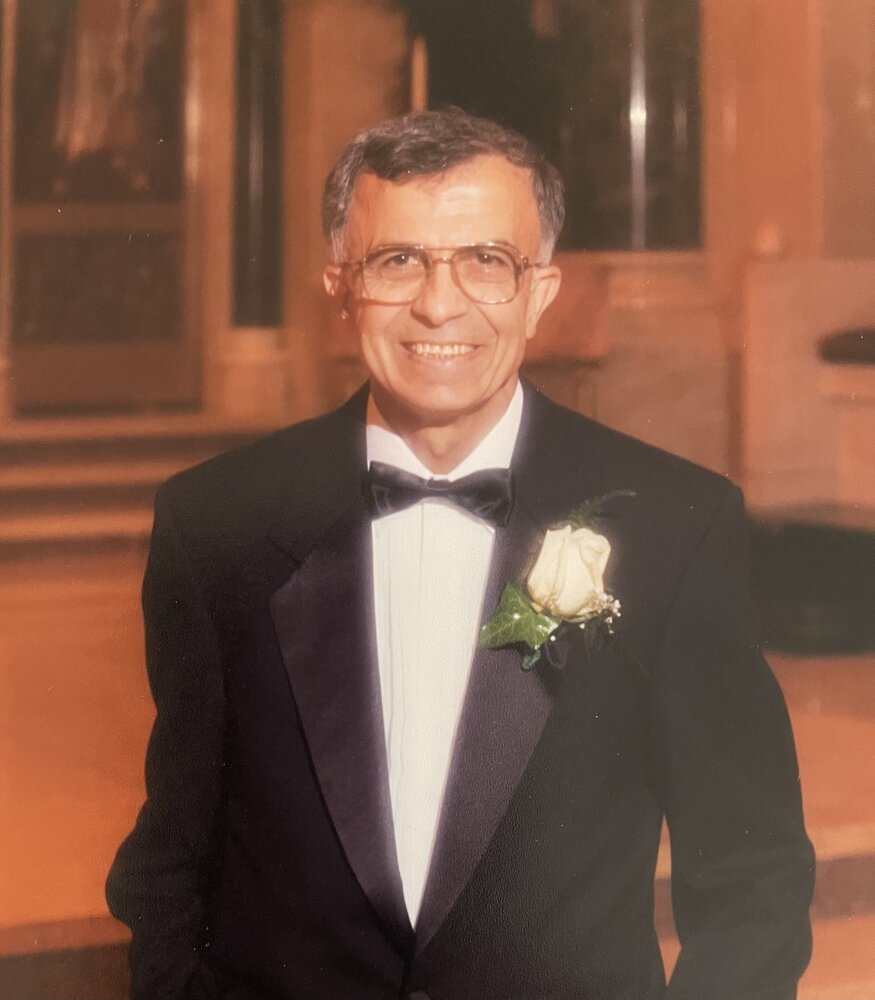 The funeral service will be livestreamed at service time using the View Service button below.

Vrege is survived by his beloved wife of over 50 years, Mary Najarian, his son Hratch Najarian and his wife Linda, his daughter Tanya Juskalian and her husband Kevork, and his five grandchildren Aram, Lara, Karine, Alec and Sebouh. He is also survived by his brother Vartkes Najarian.

He is predeceased by his parents: Hagop and Rebecca Najarian; his brothers: Ardashes Najarian and Vasken Najarian and his sister; Sirvart Apelian.

In Lieu of Flowers

Donations may be made to the following:

Vrege Najarian was born in Beirut, Lebanon on June 5, 1935. He was the youngest son of Hagop and Rebecca Najarian who were both Armenian Genocide survivors. After graduating from middle school, Vrege moved to Paris to study tailoring. He became a master tailor and opened his own business in Beirut, called “Chemiserie Vrege.” In 1968, Vrege met Mary Tavitian. They were married in February of 1969. They had two children, Hratch and Tanya. In 1978, due to the ongoing war in Beirut, they moved to the United States and established their new home in Springfield, VA. After coming to the United States, Vrege continued his work as a master tailor, working for Brooks Brothers for almost 25 years and later retiring in 2004. When he wasn’t working, Vrege enjoyed being with his family and also loved to take care of his vast garden. He planted various types of trees, fruits and vegetables. His tremendous ability to garden and all the plants he was able to grow was admired by many. Vrege was a faithful and loving husband and a trusted travel companion to his wife, Mary. They enjoyed many trips all over the world, visiting almost every continent together. Vrege was a caring and devoted father and proud grandfather to his five beautiful grandchildren. He will be remembered for his kindness, generosity and fun-loving sense of humor. Vrege passed away peacefully after a long battle with multiple sclerosis and Alzheimer’s. He will be greatly missed by all who knew and loved him.

Share Your Memory of
Vrege
Upload Your Memory View All Memories
Be the first to upload a memory!
Share A Memory
Send Flowers