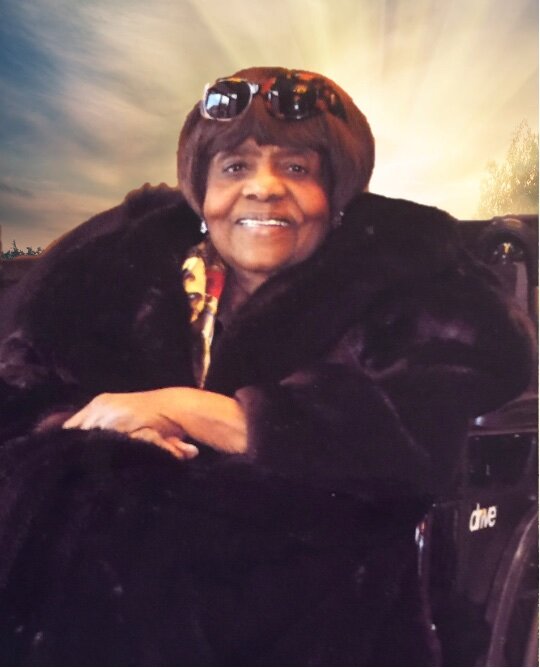 To view a live stream of the service, please use the following links:
Heritage Fellowship Church, Reston - YouTube

A born-again believer and true worshipper of the Lord Jesus Christ, Ruby was passionate about giving God the glory in every facet of her life and spurring those she knew to do the same. She was a diligent prayer warrior who fasted and prayed for others faithfully, crying out to the Lord for hours in fervent intercession—especially for those who were sick or hurting—even at times when she herself was ill. The many testimonies of God’s answers to her prayers over the years served to reinforce her trust in His unfailing power and love.

Ruby was the first African-American valedictorian of Washington High School ('44) in South Bend, Indiana, qualifying her for a full scholarship to Indiana University Bloomington. While attending the university, Ruby was initiated into Alpha Kappa Sorority, Incorporated, Tau Chapter, where she experienced the benefits of sisterhood and the highest distinction of community service.

On May 17, 1947, Ruby received her undergraduate degree in Social Work from Indiana University Bloomington, then went on to graduate study at her alma mater, earning a Master of Science degree in Educational Personnel and Guidance in 1950. She later returned to her hometown of South Bend where she was hired as the city’s first black educator. She held that job until 1970, when she married Henry Louis Joyce Sr. a widower with four children who live in New Orleans. The following year, the family moved to Norfolk, VA, when her husband was transferred. Ms. Joyce applied with the Norfolk school system where she worked as a substitute teacher the first year then hired as a social worker the first year of forced integrated mass busing, notifying white anti-busing parents that their kids were going to be bused. In 1976, she moved to Herndon where she was immediately hired by Fairfax County Public Schools as a visiting counselor, assisting families deal with special needs and family crises. “She retired in 1994”.

Ruby worked diligently to find and organize Black college women who were committed to a common goal of establishing a chapter of her sorority to serve the South Bend/Michiana Community. On March 26, 1960, she was instrumental in the chartering of the Eta Mu Omega Chapter of Alpha Kappa Alpha Sorority, Inc. at the Morris Inn on the campus of the University of Notre Dame. That Chapter—and its multi-talented professional membership that boasts excellent academic records and proven leadership skills—would not be the beacon it is today without the vision of Ruby Jarrett Joyce, the first chapter president.

A Golden Soror and active member of Alpha Kappa Alpha Sorority, Inc. for 74 years, Ruby was later a member of the Lambda Kappa Omega Chapter in Northern Virginia and spent many years as its chaplain.

She always encouraged others to believe in God, serve all mankind and never give up. Counseling, mentoring, praying, and inspiring others were her daily work.

Ruby worked as a volunteer with numerous civic and community organizations throughout her life. Among them were Old Dominion Chapter, The Links, Incorporated, Drifters, Daughters of the American Revolution, Black Women United for Action, American Association of University Women, National Council of Negro Women, Sorelle Entre Nous, and the NAACP. She was the recipient of many awards and certificates. In addition, Ruby spent her life cherishing and sharing her love for her husband’s fraternity, Alpha Phi Alpha.

On November 26, 2021, at 9:15 PM, God called Ruby Jarrett Joyce home. Her family, friends, loved ones, sorors, and fellow church members now live on with the shining example of her caring and generosity in their hearts.

“Blessed are the pure in heart, for they shall see God.” (Matthew 5:8)

Her favorite song:  “At the Cross”

Share Your Memory of
Ruby
Upload Your Memory View All Memories
Be the first to upload a memory!
Share A Memory
Send Flowers