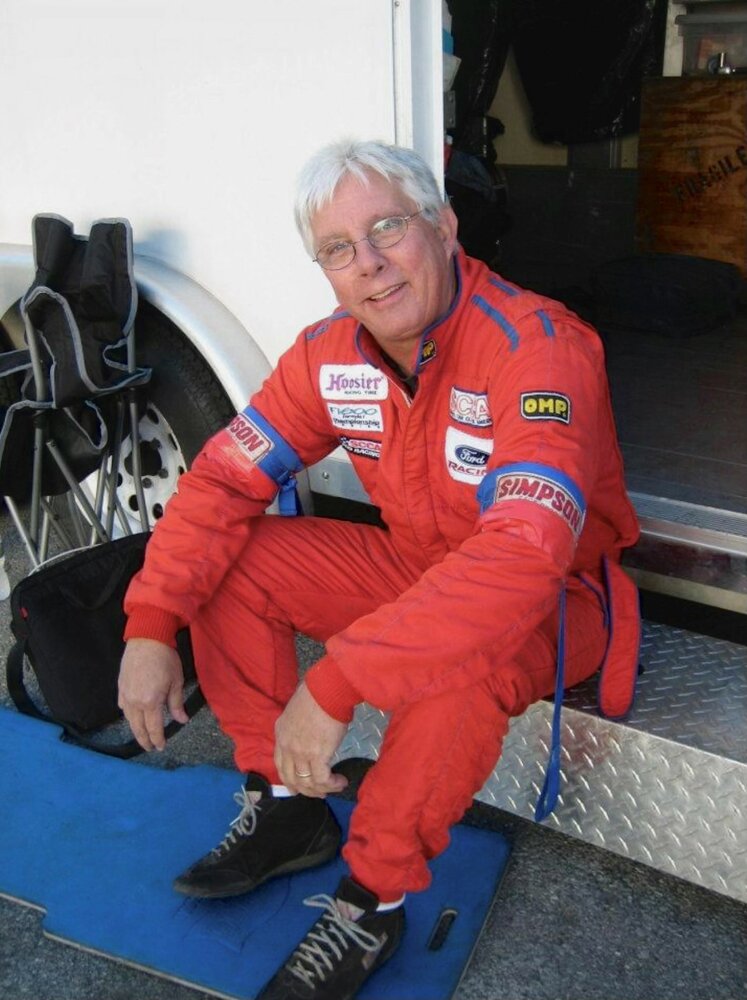 Jim was born in Oswego, NY on July 31, 1946. Being in an Army family, he grew up in New York, Alaska, France, and Virginia. He graduated from Fort Hunt High School in 1965. He served in the Army in Vietnam (1967-69), where he was wounded in combat and received a Purple Heart. He worked in IT at the National Institutes of Health for 40 years.

Jim loved playing guitar, writing and singing music on his own and with his bands. He would often play his guitar and sing around the house in his spare time. He had a passion for racing Formula Vee and Formula Ford cars alongside his brother Steve and son Daniel. Jim treasured his trips with his wife Connie to Hawaii, which he thought was the most beautiful place on Earth. They also loved to attend live music concerts together. He single-handedly kept Coca-Cola in business with all the Diet Coke he drank and would eat ice cream and visit the french bakery every chance he got. He loved to laugh, was a practical joker, and would often speak in comical new languages to gain smiles from his children and grandchildren. Jim loved animals, and you’d often find him cuddled up with Stella, an 80lb lab, covered in fur, both happy as could be. He enjoyed cheering on his children and grandchildren in music recitals, sports games, and in life. He loved his family and always told others how proud he was of his children.

We all loved him and know he is resting in heaven now seeing the beauties that lie beyond this world. And if there are race cars, guitars and fresh baguettes, Jim will find them.

Jim is survived by his wife of 36 years, Connie, brothers John and Steve Oseth, stepdaughters, who he always called his daughters, April (Matthew) Turner and Liz (David) Dingess, son Daniel Oseth, and grandchildren Alexis, Mercy, and Adalynn Turner and Mary Jane, Raymond, Michelle, and Melissa Dingess. He is preceded in death by his parents Col. Frederic W. and Frances B. Oseth.

Memorial donations can be made to the Dementia Society of America by mail to PO Box 600, Doylestown, PA 18901, or online www.DementiaSociety.org/donate.

The family wishes to extend their gratitude to Blue Ridge Hospice.

The Church of Jesus Christ of Latter-day Saints

Burial will be at a later date in Arlington National Cemetery.

Adams-Green of Herndon, VA is handling the funeral arrangements.