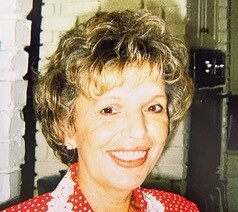 :Diane Harris Geesey passed away peacefully on December 11, 2021, surrounded by her family.

She was born to Wilbert and Eleanor Harris on April 30, 1937, in Altoona, Pennsylvania and raised with her siblings: Leann, Joann, Richard and Cindy. As a child, she loved going to school and skating at the roller rink, where she met her loving husband, Ted. They were married in 1954 and began a family of their own shortly after. They spent the rest of their lives raising their six daughters while traveling the world supporting Ted’s military career. As a military spouse, Diane developed a passion for helping and supporting other military families and donated much of her time to that cause. After moving over 25 times, Diane and Ted retired to their home in Vienna, Virginia, and have watched their family grow and expand over the past 40 years.

Diane will be remembered as a devoted and loving wife, sister, mother, grandmother, and friend to all.

She is preceded in death by her husband (Edwin Geesey), her mother (Eleanor Harris), her father (Wilbert Harris), sister (Joann Harris), and brother (Richard Harris).

Visitation will be held on Saturday, December 18, 2021, at Adams-Green Funeral Home located in Herndon, Virginia. Visitation hours will from 11:00 AM-12:00 PM. Funeral services will begin immediately after at the same location. In lieu of flowers, donations may be made in Diane’s honor to the Boulder Crest Foundation, or the Wounded Warriors Project.

Share Your Memory of
Diane
Upload Your Memory View All Memories
Be the first to upload a memory!
Share A Memory
Send Flowers
Plant a Tree