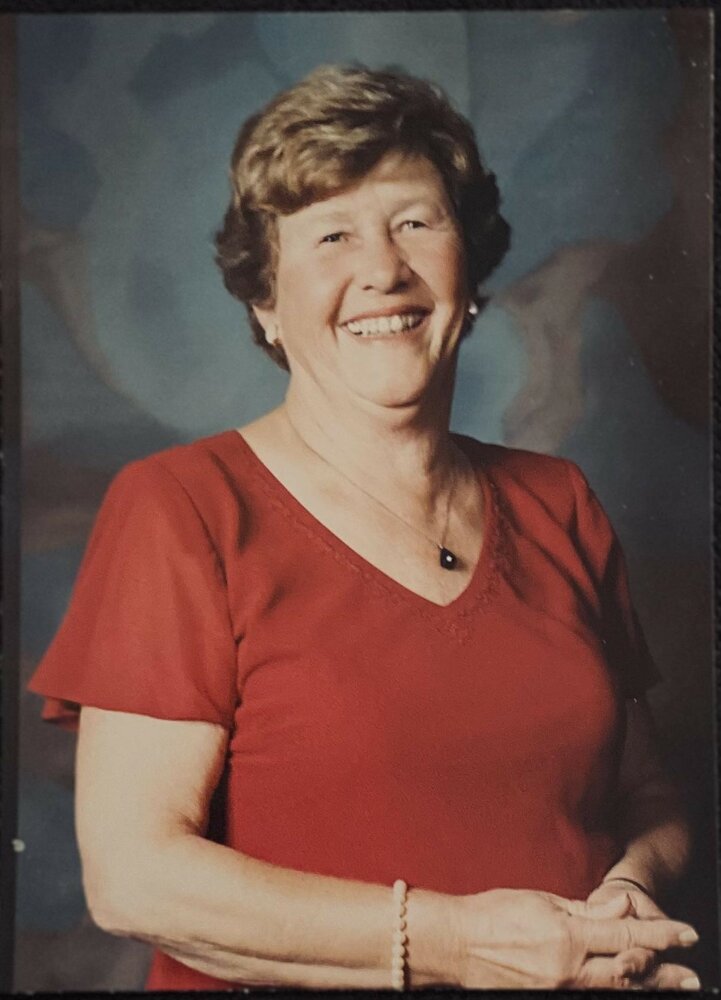 Ardis was born on September 1, 1938 in Nutley N.J. to Virginia Smyth Lamb and William McCrum.  She was raised in N.J. and attended the University of Ohio where she joined the Alpha Xi Delta sorority.  She then moved to Washington D.C. after marrying her husband of 45 years, Robert (Bob) Pruess, a Naval Academy Graduate. While living in DC Ardis worked for National Geographic, she and Bob attended New York Avenue Presbyterian Church.  They then moved to Reston VA in 1968 to raise their three children.

Ardis was a homemaker who had a creative knack, and showed her talents as a seamstress and artist. She made clothing for herself, but especially enjoyed making things for her children, grandchildren, and other relatives.   She also  made items for the household such as furniture upholstery covers, curtains, and pillows.  After raising her children, she worked for ANPA, American Newspaper Publishers Association and eventually retired and settled in Orkney Springs VA area near Bryce Ski resort.  While living there, they met many friends and enjoyed retired life.  Ardis enjoyed participating in a women’s hiking club and developed an interest in golf.

When Bob passed away in 2003, Ardis moved back to Reston where she rekindled longtime friendships and became involved in the Welcome Club of Northern Virginia.  She immersed herself in planning social and civic activities for the community.  She found camaraderie and made wonderful new friendships.  Ardis also introduced her grandchildren to golf with summer golf lessons at the Reston Golf Course.  She enjoyed attending their soccer games, school functions, and organizing our family summer beach trips.

Ardis was a wonderful sister, aunt, mother, and grandmother.  She exuded a positive outlook on life with great wit and quiet determination.  She enjoyed putting the needs of her family first and was always available to lend a hand.

Funeral service to be held at the United States Naval Academy(TBD) where she’ll be inurned alongside her husband Bob’s resting place.

In lieu of flowers the family appreciates onations be made to:

The Alzheimer’s foundation of America

Share Your Memory of
Ardis
Upload Your Memory View All Memories
Be the first to upload a memory!
Share A Memory
Send Flowers
Plant a Tree