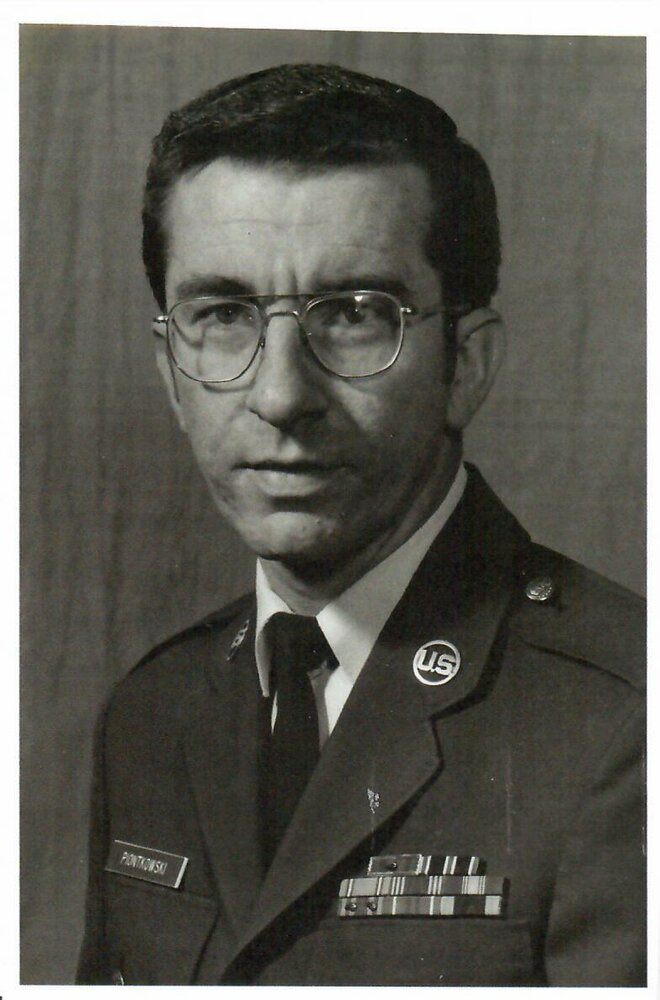 Leon Stephen Piontkowski was born in Nanticoke, PA on Oct 4, 1939 to Leo and Helen (Hiller) Piontkowski. He passed away at home in Herndon, VA on Dec 16, 2021.  After graduating from Nanticoke High School in 1957, he joined the US Air Force, eventually rising to the rank of SMSgt before retiring in 1980. He was stationed in Homestead, FL; Morocco; Roswell, NM; Riverside, CA; Plattsburgh, NY; and finally in Omaha, NE at Strategic Air Command HQ. After retirement he and his family moved to Virginia and he went to work for Sperry which later became Unisys, then Loral and eventually Lockheed Martin. He retired from Lockheed Martin in 2016 after a long and productive career as a military project logistician.

Leon was a devoted father and particularly enjoyed being a “band dad”. He chaperoned many Herndon High School band trips, even after his daughter’s graduation, and his skill and interest in videotaping band performances eventually led him to additional employment for Warner Cable as a videographer for local community and school groups. He enjoyed his later retirement playing with his beloved grandson and attending his many concerts, going to the shooting range, playing solitaire on his computer and lounging with his dogs, Buster and Kirby.

He was predeceased by his parents, his wife Beatrice, and his brother, Carl Piontkowski.

He will be missed dearly by family and friends. Interment will be in Arlington National Cemetery.

In lieu of flowers, the family encourages a donation to the American Cancer Society, St. Jude’s, your local Animal Shelter or charity of your choice.

Share Your Memory of
Leon
Upload Your Memory View All Memories
Be the first to upload a memory!
Share A Memory
Send Flowers
Plant a Tree