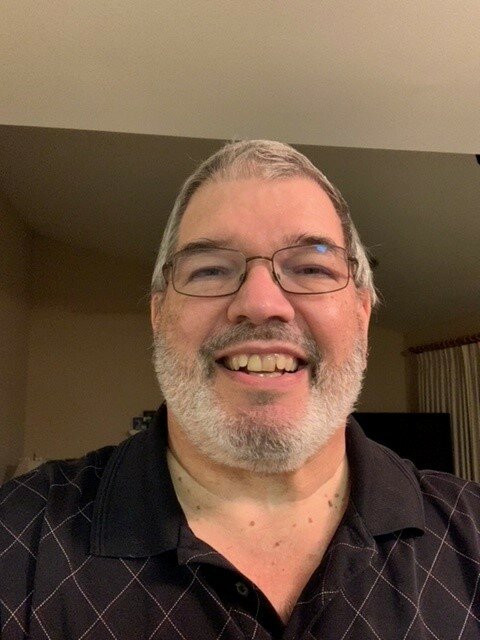 Edward Antonio Lopes was born in Oakland, CA on May 7, 1961 to Antonio and Betty Jean (Cabral) Lopes. He passed away at home in Herndon, VA on Dec 18, 2021 after a yearlong battle with cancer.

Ed grew up in Benecia, CA and Modesto, CA. Ed graduated from Grace Davis High School in 1978, Modesto Junior College in 1980, and Cal Poly San Luis Obispo in 1983. He worked at Xerox as a software tester and trainer/facilitator, SER as a project engineer, Niitek as a project engineer on IED detection, and finally Mitre as a business process analyst. He was passionate about business self-development and coaching/mentoring his employees/colleagues.

Ed was a devoted father who enjoyed being a “band dad” and a robotics team volunteer. He also volunteered at the Fairfax County Senior Olympics over the last few years. Ed was an avid sports fan and electronic gadget collector, enjoyed 70s and 80s music, and loved Disney cruises (his happy place was a hammock on Castaway Cay).

Ed was predeceased by his parents. He is survived by his wife Carole, his son Michael, his daughter Kat and Hunter Sprong. He is also survived by his brother Rick and family Cindy, Samantha and Joseph; his mother-in-law Rosemary Zanca; his sister-in-law Diane Zanca; his brother-in-law Ray Zanca and family Dana Richter, Victoria and Lauren; and his aunts Violet Boehl and Joann Wilson. He will be missed dearly by family and friends.

Visitation will be on Wednesday, December 29 from 9:30-10:30am at Adams-Green Funeral Home.

In lieu of flowers, the family encourages a donation in Ed’s name to St. Jude’s, V Foundation, HART animal rescue, or a charity of your choice.