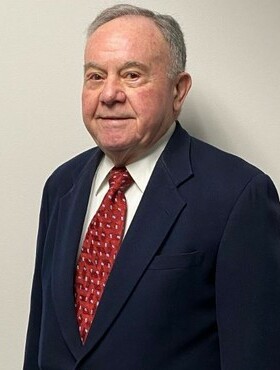 Charles L. “Monte” Whitham of Reston, VA passed away on December 21, 2021 at the age of 83. Monte was born in Del Norte, CO June 17, 1938.  A family shift due to WWII brought him to Northern Virginia during childhood and he lived most of his life there with brief stay in San Diego, CA and longer in Bowie, MD where he made life-long friends.   He passed away in his Reston, VA home after surprise short battle with pancreatic cancer.  He is preceded by his parents Loyd and Ruth Whitham. Monte is survived by Carolyn his loving wife of 62 years and children Cathy, Mike and wife Pat and Betty and husband Bob.  He is also survived by his grandchildren Megan, Walter, Olivia, Sam, Tori, Mary and Dave and his sister Linda Folda and husband Jaro.

Monte’s undergraduate studies were in Electrical Engineering and a few years later he earned Juris Doctor degree from University of Maryland in 1967.  He had a career as an intellectual property lawyer for almost six decades most of it as his own business that later welcomed and involved family members.

He enjoyed travel domestic and international especially after his kids were grown, although the kids saw some of the country from tents and campers and bike trips in their youth.   Photography was a lifelong hobby with accumulation of equipment and related software and certainly with the final product adorning walls of house and office.   Monte and his wife Carolyn were founding members of the Potomac Peddlers, a fun-loving cycling club back in early 1970s started in a small bike shop in Georgetown area of DC.  Later he made friends at other bike shops closer to Reston home.   Additionally, he developed an interest in woodworking and made several pieces of furniture for his home and family.  Monte developed an interest in golf and made many friends through that activity.  And he liked chatting with neighbors.

Monte was a disciplined hard worker holding full-time jobs while in college and law school.  He also learned to fix things for himself and assist friends & family with his knowledge of a task or sharing of varied accumulated tools.  He felt continuous learning of a variety of subjects was important for his mind. He encouraged these traits in his children and grandchildren and found ways to guide or share in their pursuits.

Each member of Monte’s family has many cherished memories.  He shaped us all and we a grateful for his love of each of us.

A visitation will be held on Wednesday, December 29 from 4:00pm until 7:00pm with a prayer service taking place during the visitation at 5:00pm.

Interment will be at Chestnut Grove Cemetery in Herndon, VA.

Monte asked that we throw a “party” this Spring when weather turns comfortable for our many friends and colleagues.  Everyone will be invited to share this celebration of Monte’s life.

In lieu of flowers, the family suggests donation in your own name with Monte on your heart to either:

Share Your Memory of
Charles
Upload Your Memory View All Memories
Be the first to upload a memory!
Share A Memory
Send Flowers