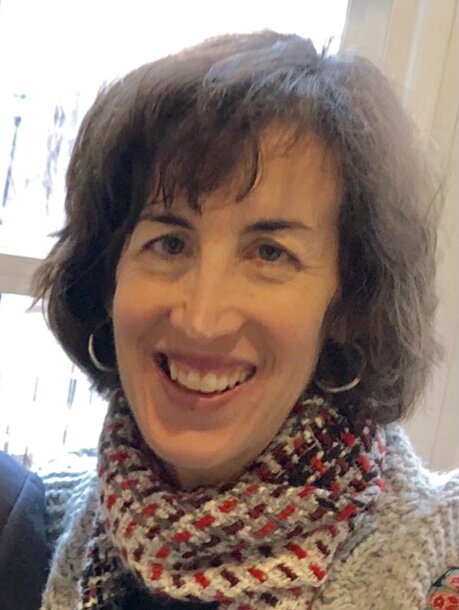 Carol Warren Welsh of Sterling, VA died December 29, 2021, after living with Adult Ependymoma, a tumor of the brain and spine, for more than 21 years. Carol was a beloved daughter, sister, aunt, and friend as well as an inspirational figure in the international brain tumor community, where she was known as “Super Survivor.”

Carol was born in Washington, DC, on March 10, 1970, and grew up in Vienna, VA and McLean, VA. As a child and young person, Carol was an industrious student and an avid athlete and sports enthusiast. She was a champion area swimmer, with butterfly being her specialty. She played local league softball, high school lacrosse and basketball, and could hurdle a picnic table at age 10. She loved Army football and the Washington sports teams. She and her father, William Warren Welsh, called each other “Capital Carol” and “Bullet Bill.”

She played the piano, sang in church and school choruses, and loved attending live music events in the DC area, with Richard Thompson, Marty Stuart, Chris Isaak, Patty Loveless, Vince Gill, and Bob Margolin among her many favorites. She loved classic rock, country, jazz, blues, and show tunes, and was a fan of pianist Thomas Pandolfi and Classical WETA radio.

Carol loved to travel, and twice made trips to Africa, along with the Galapagos Islands, Honduras, Guatemala, Switzerland, Austria, France, Italy, Canada, England, and states as varied as Hawaii and North Dakota. Her favorite place was the family beach cottage in Southern Shores, North Carolina. She was an avid birder who counted what she called a “modest” 300 life birds. She loved her family dogs and cats. She was a dedicated golfer and runner for many years.

At The Madeira School, she was elected head of the student judiciary by her fellow students her senior year. She attended Princeton University, where she majored in Anthropology with a concentration in Latin American Studies. One of the highlights of her time at Princeton was successfully fighting to upgrade the women’s golf team from club status to Varsity status. She was also a member of the Princeton women’s swim team. She spent a year in Chicago as a Princeton Project 55 intern, then returned to the Washington, DC area to work in the telecom industry before beginning graduate school at the College of William and Mary.

While at business school, Carol developed increasingly serious symptoms which went undiagnosed by local doctors for more than six months. Two weeks before receiving her Master’s in Business Administration, Carol saw a new doctor, was diagnosed with an ependymoma brain tumor, and was told she had just a few weeks to live. Following life-saving surgery and several months in the hospital, she began a life she never asked for – that of a medical experiment. Through numerous spine and brain surgeries, chemotherapy, radiation treatments, and clinical trials, each one taking a little bit more of her strength, mobility, and independence, she persisted, continuing to pursue physical and speech therapy, attending a local gym as long as she was able, assisting her mother in running their household, and being a loyal, generous friend and sister.

In 2004, Carol launched a website, adultependymomabraintumor.com, where she shared essays about her personal journey and information for other ependymoma sufferers. Through the website, she connected with victims and caregivers around the world, offering comfort, insight, and resources. She received multitudes of messages of gratitude, many telling her that someone would never have found the treatment they needed without her website. She tried to connect with everyone who contacted her through her site, by email, text or phone call. Her thoughtful essays provided a glimpse for others into the life of someone with hidden, and later not-so-hidden, disabilities, such as the hearing and vision loss she suffered, and living with a tracheostomy and feeding tube. Over the years, she was the subject of numerous medical articles, interviews, and tributes both online and in print.

Beginning in 2004, and every year through 2021, she assembled a team at the National Brain Tumor Society’s annual Race for Hope in Washington, DC, “Friends of Carol Welsh – Super Survivor.” Her team has raised close to $200,000 for brain tumor research, including to support the work of the CERN (Collaborative Ependymoma Research Network) Foundation. The Friends of Carol Welsh team was the 2017 Spirit of Volunteering recipient thanks to its fundraising and volunteer outreach before and during the race. Team members have included hundreds of friends and supporters from throughout Carol’s life, a true testament to her character and spirit.

The last few years were especially challenging as each treatment brought less of a reprieve against her disease. Following another grueling spinal tumor surgery in 2020 and chemotherapy and immunotherapy in 2021, Carol, in consultation with her doctors, decided to end treatment in July. During her last appointment with Dr. Mark Gilbert, chief of the Neuro-Oncology Branch in the Center for Cancer Research at NIH, he said that she was one of the most remarkable people he had ever met, and that her "attitude and fortitude have been amazing and inspirational."

Carol leaves a legacy of kindness, courage, humor, generosity, and love. Her life will continue to inspire those devoted to her even as we mourn her loss. She will live always in the hearts of her family and friends as we try to live by her motto -- “Onward!”

Details on a celebration of life event will be forthcoming.

Per Carol’s wishes, on May 1, her team will once again participate in the Race for Hope – DC. To honor Carol and to support research into cures for brain tumors, please consider donating to or joining her team at Friends of Carol Welsh – Super Survivor. All donations will benefit the CERN Foundation.

Her ways are ways of pleasantness, and all her paths are peace. (Proverbs 3:17)

Share Your Memory of
Carol
Upload Your Memory View All Memories
Be the first to upload a memory!
Share A Memory
Send Flowers
Plant a Tree