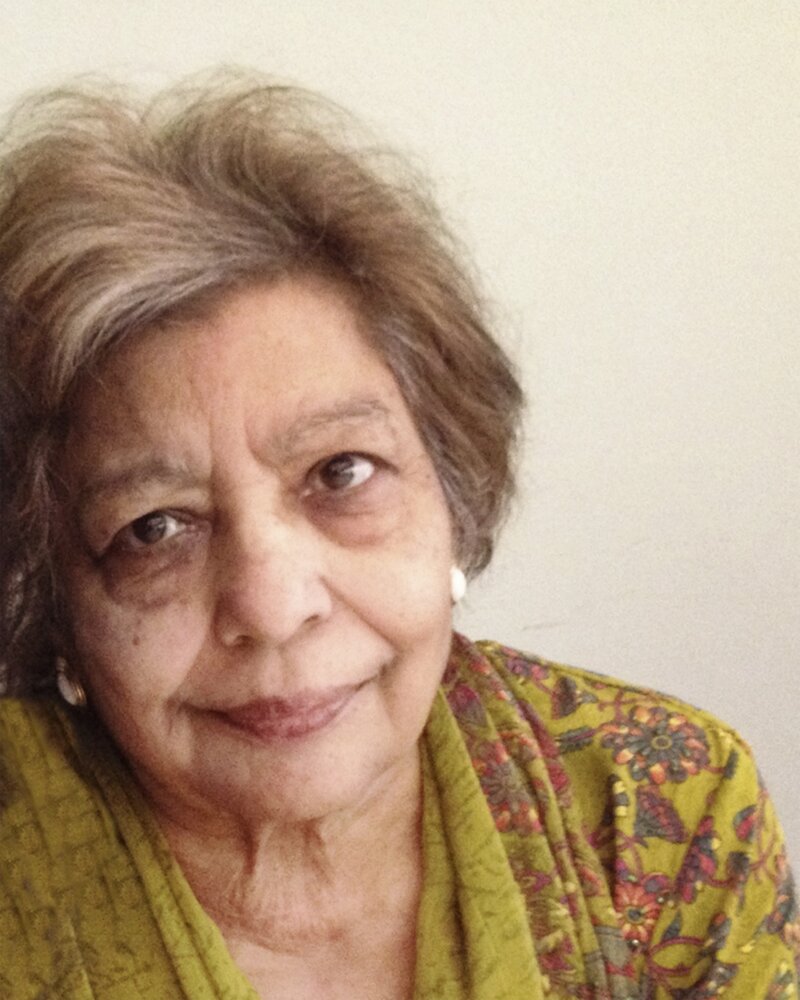 With immense grief and love, we announce the passing of our dear mother, Sukarma Gupta on January 6, 2022 in Potomac, Maryland at the age of 86 years.   Mama died while peacefully asleep after having had advanced dementia for several years.  By the end, she was so changed from the person she had been that we feel relieved by the end of her suffering while at the same time so very sad about her death.

Mama, Sukarma or “Sue” as she was sometimes called, had a rich and varied life.  She was born in Lahore, India and moved to Amritsar, Punjab before the Partition of India and Pakistan.  Legend has it she went to college at a very young age, initially thinking about becoming a doctor but was so thrilled by the freedom of being on her own that she didn’t fully commit to her studies and focused on chemistry instead, earning a master’s degree in the subject.

Mama was ahead of her time in many ways.  As a new bride, she travelled with her husband, the late beloved Dr. Indra Gupta, in 1959 to attend graduate school at St. Louis University in Missouri.   Later, she came to understand that her daughters would have rights and freedoms in the US that were hard to come by in India and thus committed to living and raising her family in the US.  Although trained as a scientist, Mama was adept at many things.   She worked in a variety of jobs and industries, including chemistry, retail, teaching, and real estate, ultimately becoming a travel agent with her own successful business. She loved home design and decoration and her cooking was superb, combining tradition and innovation.  She could garden, knit, sew, embroider, paint, wallpaper—indeed, there wasn’t much she couldn’t do or figure out how (enlisting her husband and daughters in every project irrespective of initial enthusiasm or lack thereof).  In addition to living all over the US, she traveled to the far corners of the globe. She was passionate about building community, news and politics, and, especially, her large and extended family, with whom she was strict and duty-bound, hard-working and no-nonsense but also feminine and feminist, funny and fun-loving. More than anything, Mama was proud of her four daughters and her joy in life was tied to their success, contentment, and well-being.

Sukarma Gupta is survived by her children: Monika Ailaney, Dr. Anjali Jain, Dr. Pamila (Juan Orrantia) Gupta, and Shailini (Kirk) DeVries; seven grandchildren: Dr. Nikhil Ailaney, Keshav Ailaney, Sophia Jain, Sandhya Jain, Padma Orrantia-Gupta, Naomi DeVries and Kayra DeVries; her sisters, Usha Gupta and Uma Bansal, and her brother, Umesh Mittal, in addition to numerous other friends and relatives in whom she lives on in memory and feeling.  We will never forget her—she is part of us.

The family requests that, in lieu of flowers, please donate to the scholarship fund established by Indra and Sukarma Gupta at www.RajdhaniMandir.org (under General Donation) or to the Alzheimer's Association at www.alz.org.

Share Your Memory of
Sukarma
Upload Your Memory View All Memories
Be the first to upload a memory!
Share A Memory
Send Flowers