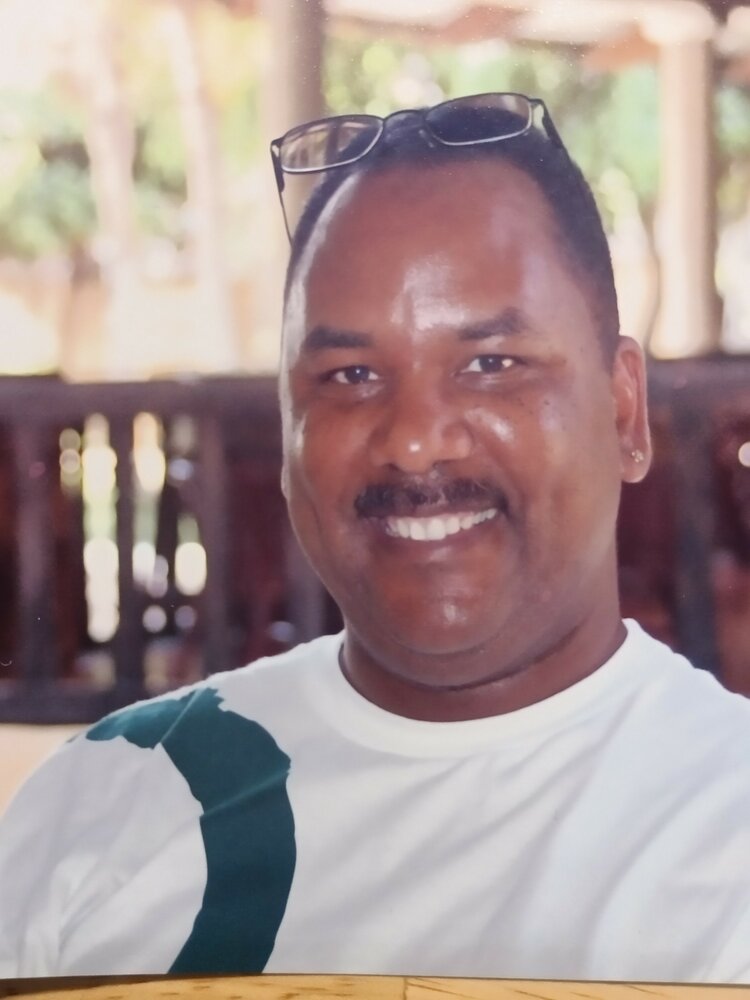 Today we honor and celebrate the life of Duane Goldsby Ross. Duane entered this world on January 15, 1958 in Wayne County Michigan, to the late Goldsby Lincoln Ross, Jr. and the late Willette Linda Poe Ross. He grew up surrounded by a loving family that included his two brothers, Melvin and Terence, and his sister, Deborah. He spent most of his childhood in Inkster, Michigan, outside of Detroit, where everyone knew your name or your parents. He loved spending fun-filled summers on his grandfather’s farm in Alabama.

Duane was raised in a God-praising family and accepted Christ at an early age. He was baptized again as an adult on March 31, 1999 in the Northern Virginia Church of Christ.

Duane received his early education in Dearborn Heights, Michigan and graduated from Robichaud Senior High School, Class of 1976. He received his Bachelor of Science Degree in Communications from Eastern Michigan University in Ypsilanti, Michigan in 1981.

While studying at Eastern Michigan University, Duane was initiated as a member of the Delta Nu Chapter of Kappa Alpha Psi Fraternity, Inc. on October 9, 1977. During his college years he fostered many lifelong friendships and developed a love for film production and communications.

Duane began his career as a Production Assistant at WXYZ-TV (ABC Affiliate) in Detroit, Michigan. In

January of 1982, Duane became a News Reporter and Photographer for WEYI-TV (CBS Affiliate) in Clio, Michigan where he covered local news and sports events while serving as a General Assignment and Sports Reporter.

Later that same year in October, Duane became an “On Air” news personality for morning and evening newscasts on WFSL-TV in Lansing, Michigan. He performed as an Anchor and General Assignment Reporter and produced a weekly public affairs program.

Duane’s next career move brought him to Virginia. In January 1985, Duane accepted a Senior Producer/Writer/Director position with MCI Telecommunications in McLean, Virginia. In these roles, he wrote, produced and directed video programs and livebroadcasts for all corporate departments, including: interactive multi-media and video presentations, corporate video reports for the Corporate Communications Department, product information, promotions and sales training for the Marketing Department, technical education for the Technical Training Center, and employee involvement programs.

Duane’s accomplishments did not go unnoticed. He was the recipient of numerous accolades including an Emmy Award for Outstanding Program Achievement with BET Jazz: Gerald Wilson, Artist of the Month in 2005; multiple Telly awards, including Telly Award for BETJ – BET Networks: “Humanitarian of the Year” Harry Belafonte in 2007; Telly Award for the Grammy Foundation: Grammy in the Schools in 2006, Telly Award for Spanish Language Cancer Awareness in 2004; and the Telly Award for Think About This: Colon Cancer Awareness in 2002. Duane was also recognized with an International Television Association Certificate of Creative Excellence – LINCS in 1991; and an International Film Festival of New York Finalist Award – MCI Vnet in 1990.

Duane often described his travel adventures for work and pleasure in Europe, Africa, Costa Rica, and the Dominican Republic as eye-opening and life-changing.

An insatiable energy and determined innovative spirit flowed easily from Duane into his work and life. A “go-getter” on his own terms. Always one to stay busy and start new ventures, Duane later founded Duane Ross Construction Company, where he acquired several government contracts. Additionally, he founded DRP Audio/Video Environments Home Theater Specialists, where he custom designed home theaters with state-of-theart home electronics and surround sound.

Duane had a fighting spirit, and he never allowed illness to stop him from doing what he loved. He restored his 1967 Pontiac Catalina Convertible which was a true labor of love. Duane continued to make renovations throughout the home, founded a company selling Greek Divine Nine jewelry, gardened, and canned vegetables. Duane was known as an exceptional and amazing cook and excelled at preparing chef quality cuisine for family and friends. He particularly loved to barbecue or steam Maryland Blue crabs.

Duane’s accomplishments could not have happened without the love and support of family. In 1992, Duane met the love of his life, Esther Rosina Thompson. They married on November 18, 1995, and this union was blessed with a son, Xavien Renaud. His family meant the world to him and everything he did was for the love of his wife and son. He always told friends and family how much he admired and cherished his wife and that his son was the absolute joy of his life. He was a loving and devoted husband and father and a supportive presence for his family, friends, and co-workers through good times and bad. He always gave helpful, well-researched advice and suggestions. Duane was known for loving a good debate on unlimited subjects. His inquisitive mind never stopped asking questions, often difficult ones to answer, and anyone on the receiving end needed to come prepared for a lively conversation.

Duane departed this life to eternal rest and peace on January 14, 2022, in Fairfax Hospital in Fairfax, Virginia.

Share Your Memory of
Duane
Upload Your Memory View All Memories
Be the first to upload a memory!
Share A Memory
Send Flowers
Plant a Tree