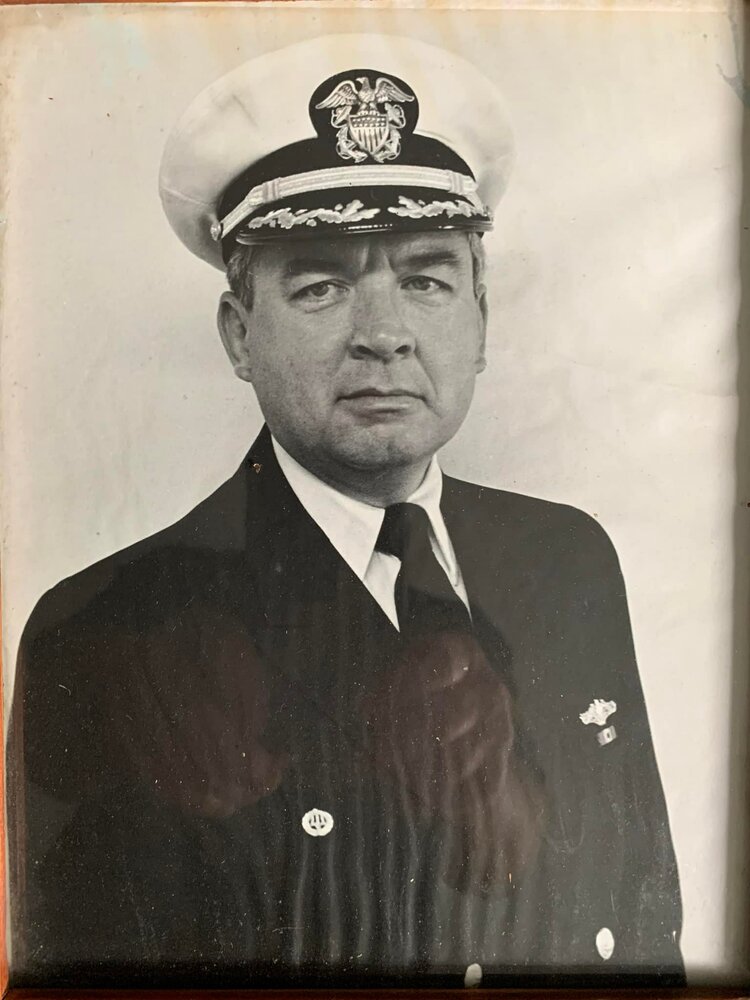 JAMES PATRICK O’HARA, Jr. CDR James (Jim) Patrick O’Hara, USN, (Ret.), 88, passed away on January 20, 2022 at Inova Fair Oaks Hospital in Fairfax, VA in the arms of his four children. He had been battling cancer since his diagnosis in 2021. He was 88 years old. “Jim” as he was known to his family, was born on July 11, 1933 in Ambridge, PA, to the late James Patrick O’Hara Sr (Civil/Mechanical Engineer) and the late Louise (Eiben) O’Hara. Born in the Great Depression, in his early years Jim and his three brothers Jack, Tom, and Gerry grew up in Richmond, VA, and moved all across the nation during WWII as their father was transferred dozens of times as an engineer working for Robert Oppenheimer and GEN Leslie Groves on the Manhattan Project.

Following his Naval career, Jim earned an MBA in Management from Virginia Tech and worked as senior principal engineer for twenty years at Booz-Allen-Hamilton in Arlington, VA, building military communications systems for foreign defense clients. In his retirement, he pursued his love of many hobbies – reading, fine woodworking, metal work, boat building, classical guitar building, and ham radio operations. He is considered by all who knew him to be the most skilled craftsmen of his day.

An interment service with military honors will be held 10 May 2022 at 2:00 PM at the U.S. Naval Academy Columbarium, followed by a memorial life celebration and reception at the Naval Academy Officers Club