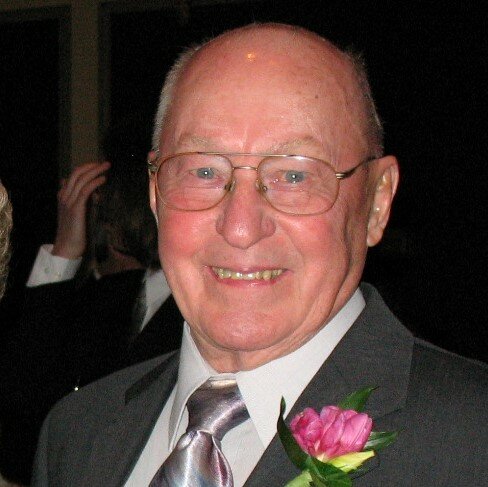 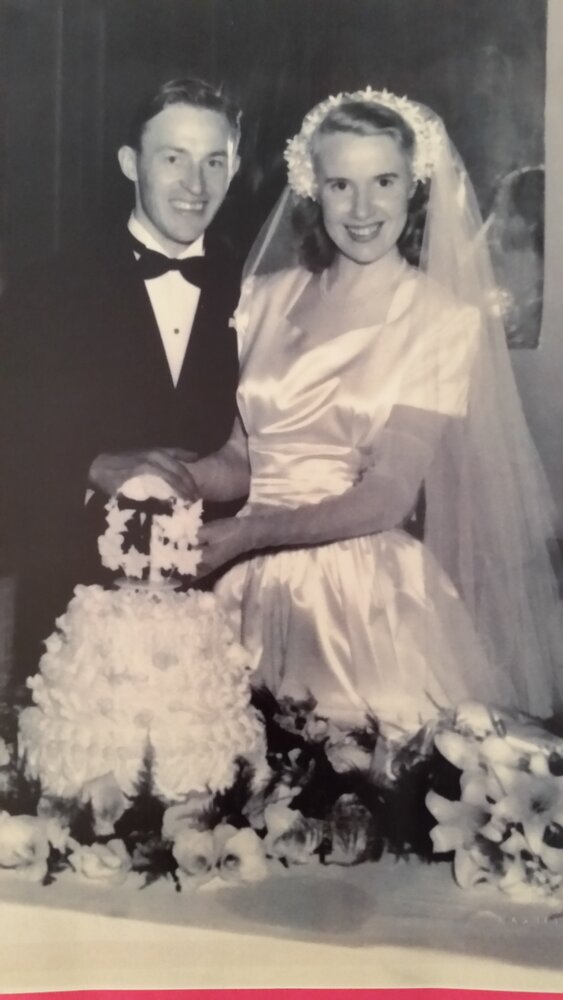 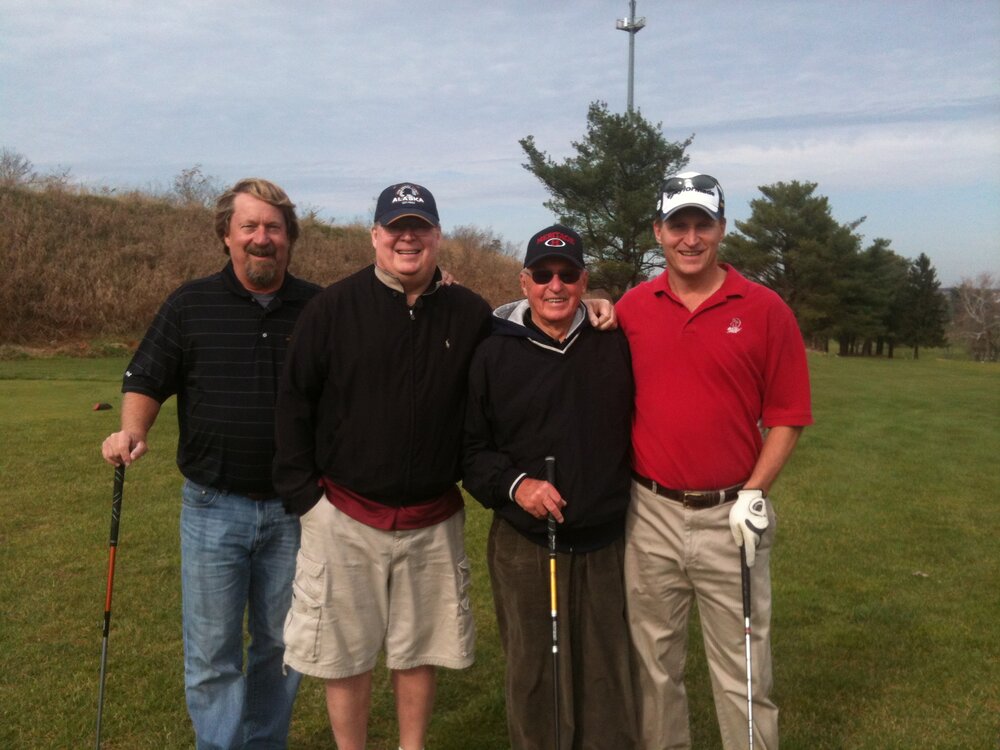 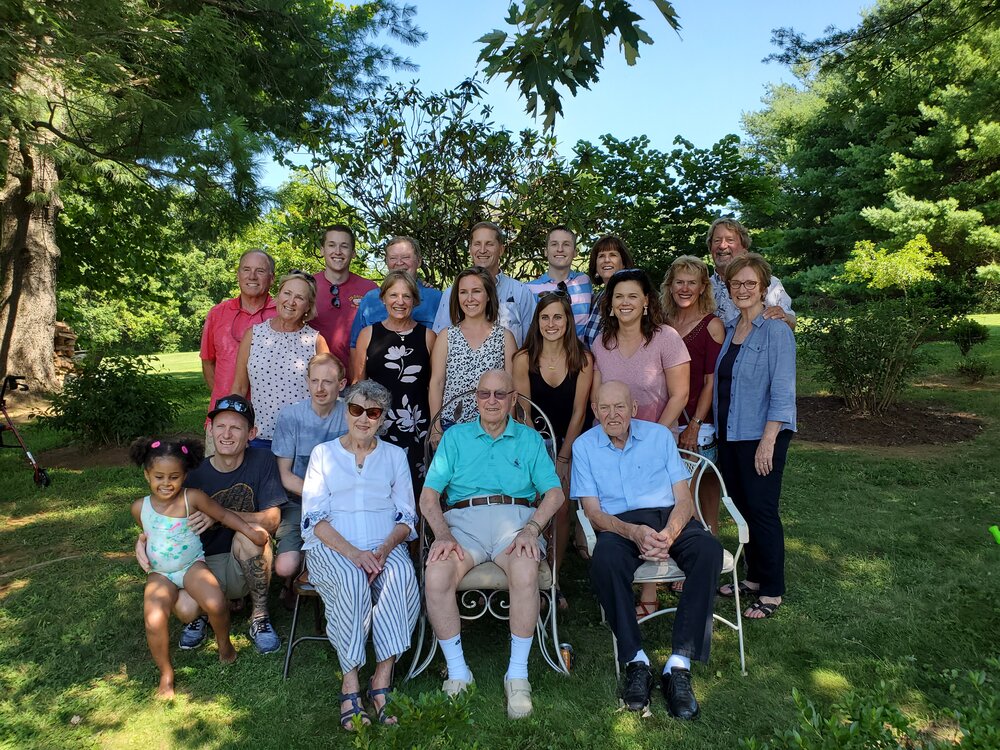 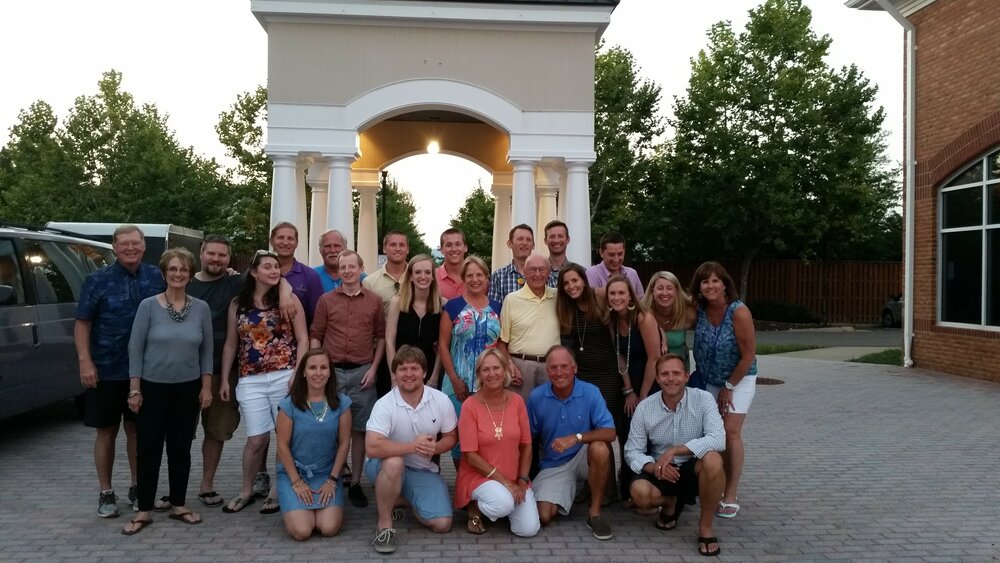 Henry Otto Nelson of Leesburg, Virginia passed away on January 28, 2022 at the age of 97 years old. Henry was born on March 23, 1924 in Chicago, Illinois, son of Otto Jonas Nelson and Elsie Lind Nelson.

Henry was a loving husband, father, brother, grandfather and great grandfather and a friend to many. He was preceded in death by his loving wife Alva Nelson. Together they shared 68 years of marriage. Henry is survived by his 5 children (and spouses) Jan (Gracie) Nelson, Barbara (Chris) Johnson, Anita (Bill) Fairchild, Gary (Kathryn) Nelson and David (Gina) Nelson;

Henry grew up in Chicago, Illinois with his parents and two brothers Babe and Roy. When Henry was a sophomore in High School the family moved to Washington DC.   During WWII, Henry joined the Marines and was a US Marine Corp Sergeant stationed in the Philippines and China. Like he said, his life didn’t begin until he met his wife Alva Viola Rytters.  They were active in the Swedish Lodge, met there and married on March 26, 1949. Henry was chairman of the Washington DC Swedish Lodge for two different terms and enjoyed their many Swedish friends.  Henry started working for C&P Telephone Co (later AT&T) at the age of 17.  After the war he continued working there until he retired in 1981. He worked his way up from repairman to engineering and designing telephone circuits. And he was proud to say he worked with one of the first computer systems to track troubles on PBX telephones.

Henry raised his five children on Lumsden Street in McLean Virginia for 25 years. Besides working hard he was a very loving, active father and enjoyed raising the kids.  Henry loved sports especially baseball and football.  He coached all his sons in both sports and even his daughters in softball.  He was one of the fathers who was instrumental in building and starting McLean Little League Baseball fields.

After retirement Henry and Alva moved to Massanutten Resort in Virginia and built the house of their dreams, “Backe Stuga” (House on the Hill). Henry also took up golf and continued to play until he was 93 years old. He got his first hole-in-one at the age of 88. Their life in Massanutten was filled with lots of family visits, grand kids, skiing and golf.  They both loved living in the mountains of Virginia. Also during retirement they traveled in the United States, the islands and to Sweden. In 1993 they moved to Loudoun County to be closer their children and their 11 grandkids.  Watching their grandchildren play sports was one of their favorite pastimes.

Henry was a friend to all, always made everyone he met feel special and will be remembered for his outlook on life. His work ethic, sense of humor, humble demeanor, and family first values will always be remembered.

Reception in the Fellowship Hall immediately following the Funeral Service.

In lieu of flowers, donations may be made to:
Community Lutheran Church Memorial Fund 21014 Whitfield Place, Sterling, VA 20165

Share Your Memory of
Henry
Upload Your Memory View All Memories
Be the first to upload a memory!
Share A Memory
Send Flowers
Plant a Tree