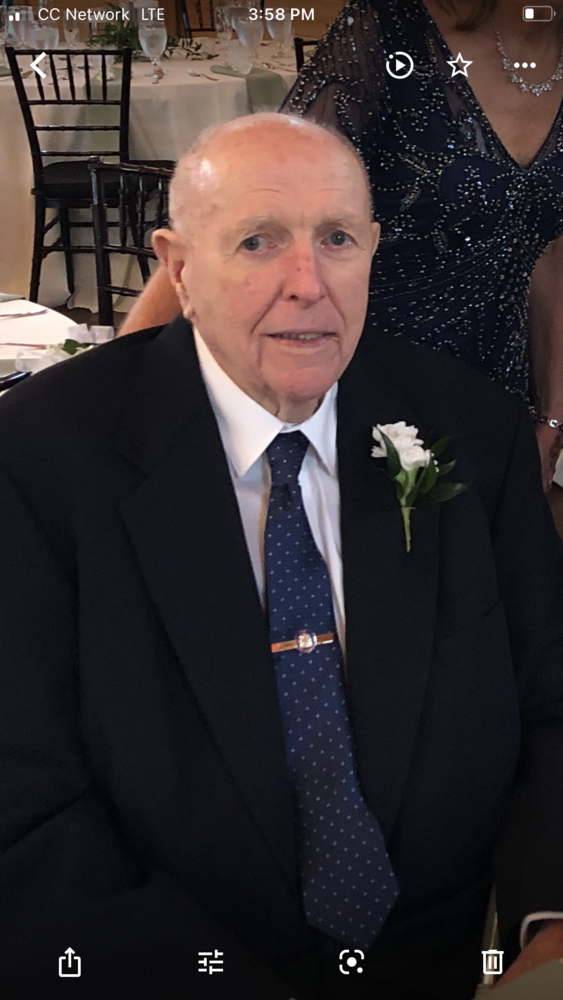 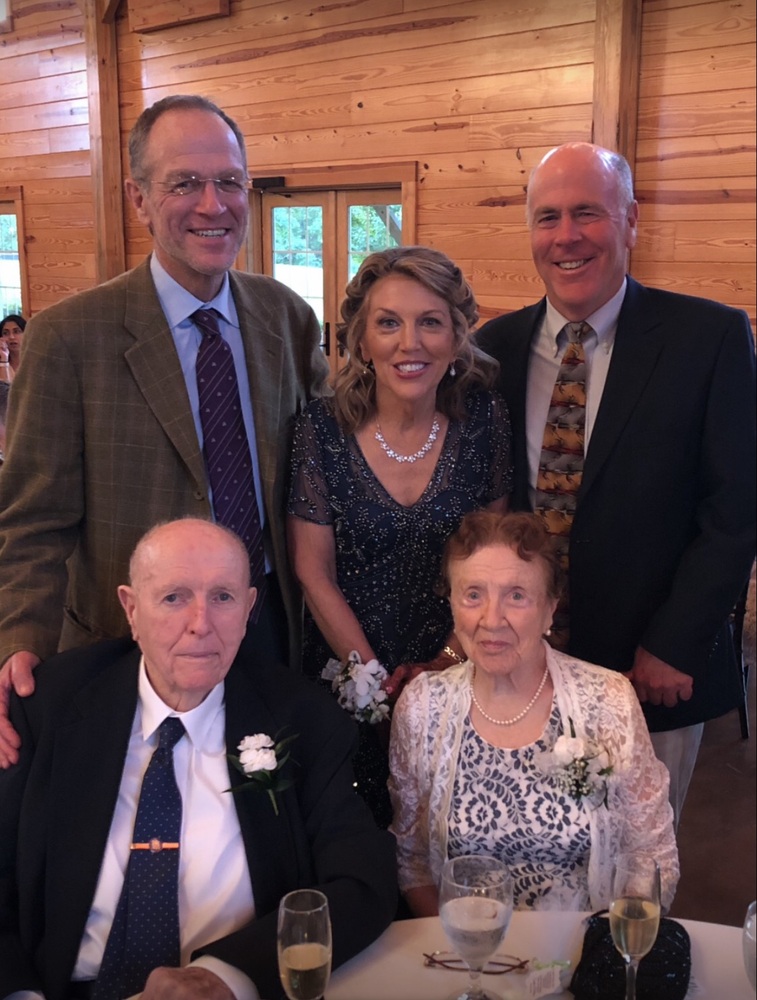 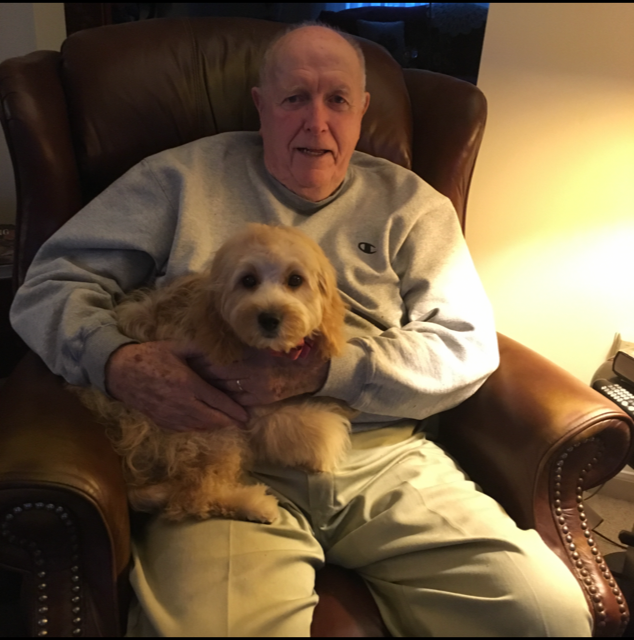 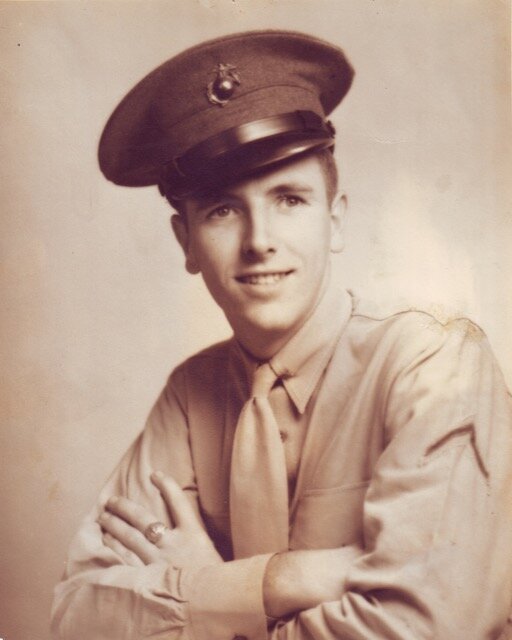 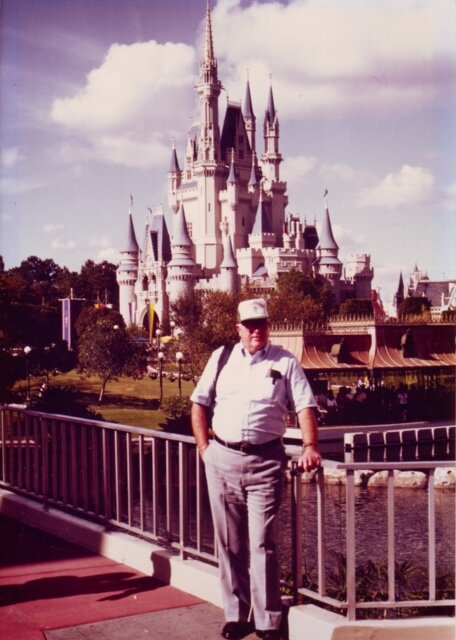 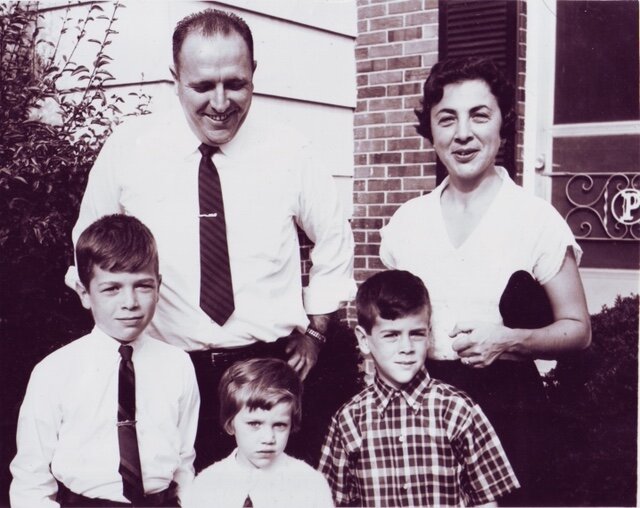 Patrick Joseph Murphy passed away peacefully on February 9, 2022, in Ashburn, Virginia, after 95 years.

Pat was born on March 31, 1926, in Whitestone, New York, to Patrick and Eileen Murphy.  His parents passed when he was young, and Pat was raised on Long Island alongside his siblings and many cousins.  When he was 17, following the death of his older brother, Pat enlisted in the United States Marines to serve in WWII.

In 1952, Pat’s life changed forever when he asked Elizabeth “Betty” Castelluccio if he could walk her home from a party.  Pat and Betty married in 1957 and later welcomed three children: Patrick, Kevin, and Beth.  The Murphy family lived in New York until 1964, when they moved to Virginia.  Pat worked for US Customs for 43 years at JFK and Dulles Airports until his retirement in 1989.

Pat had a smile and a sense of humor he loved to share with everyone.  As Will Rogers would say, he never met a man he didn’t like.  His quick wit never failed to make people laugh.

Pat loved to fish, especially when it meant spending time with his sons or his friends.  He woke up before dawn on countless mornings to spend the day deep sea fishing off the coast of Maryland and Virginia.  Pat also enjoyed playing cards and maintained a Thursday poker night with friends for decades.  He spent many evenings over the years patiently explaining Hearts and Spades to his grandkids, who could never hope to match his card skills.

Pat was a devout Catholic and spent many years as an active member of the Knights of Columbus.  He was very proud of his Irish heritage and was fortunate to visit Ireland several years ago with his wife and son.

A funeral mass will be celebrated on Saturday, March 5, 2022, at 11 am at Saint Theresa Catholic Church in Ashburn, Virginia.  Pat’s wishes were to be cremated and buried at the Arlington National Cemetery, which will be honored in the coming months.

Reflections from Patrick about his dad

This week I ask that you allow me to share a personal story of a recent event in my life. My father passed earlier this week at the age of 95 years of age. He would have been 96 years old on March 31st.  To give you a sense of my father, he always remarked about his birthday and how glad he was not to be born a day later as an April Fool’s joke. He also told many of his friends before I was born that he wanted to name me Otto. That way if I spelled my name forwards or backwards it would always be correct. This sense of humor and outlook on life was shaped at a very early age through a series of life experiences, most notably at a young age.

My grandparents Patrick Murphy and Eileen Taylor immigrated to this country at the end of the 20th century. My grandfather and grandmother after starting their family succumbed to TB leaving three boys under the age of 10 to relatives. Consequently, my father and his two brothers led a nomadic life for much of their early years moving temporarily from relative to relative and finally settling with Aunt Chris in Flushing, New York, his mother’s sister, and his Uncle Jack. There is Flushing, he and his brothers were surrounded by dozens of cousins from both the Murphy and Taylor sides of the family. My father was the middle child and when his older brother was killed in World War II, he informed his aunt that he was going to enlist in the Marines. At the time, he was only 17. He announced to his aunt as his guardian, she could either sign his enlistment papers or he would forge them. She unwillingly signed them and for three years from 1943 till the end of the war he made 26 trips across the Atlantic Ocean transferring troops to the front and returning wounded soldiers back to the United States. These experiences and his family shaped his life.

After the war my father earned his high school diploma earning his GED and worked as a Customs Officer for 43 years in New York City (Kennedy Airports) and Washington DC (Dulles Airport). My father and mother were married for over 64 years and were devoted Catholics. My mother who is still alive is 92 and was born in 1929. My father often attributed the Stock Market Crash to her arrival, just another example of his humor.

My father learned to be a survivor at a very young age. He never really got very upset and always held out hope it would work out, and it usually did. Everyone liked my dad, and he had no real enemies in life which I attribute to his longevity. He lived and enjoyed fulfilling life. Recently, he started down a path of going back and forth to the hospital for problems with his heart and breathing. I am blessed that I saw him this past Saturday alert, in good spirits, and happy to see Colleen and me. My family and I will miss him. His influence and memories will be fondly remembered and appreciated as a father and role model. Thank you, Dad, we love you.

Share Your Memory of
Patrick
Upload Your Memory View All Memories
Be the first to upload a memory!
Share A Memory
Send Flowers
Plant a Tree