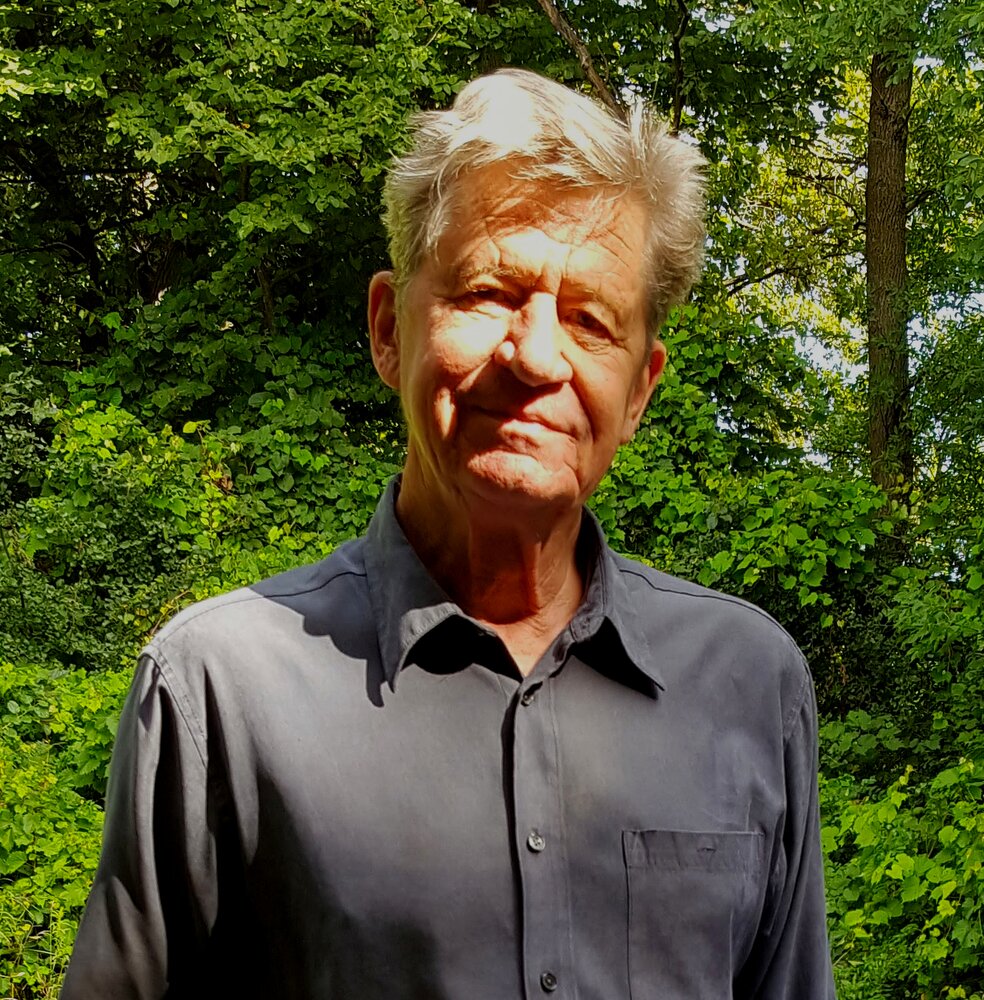 Paul Gene Anderson was born in Stanchfield, Minnesota in August of 1943 to Elvera and Oliver Anderson.  He was the second born of 7 children including his big brother Jim and younger siblings Eileen, Caroline, Leeland, Johnny and Jeanne.

After completing his schooling, first in a one room schoolhouse, and then graduating high school in a class of 60 students in Braham, he went to college at the University of Minnesota.

Upon graduating, he was recruited by NASA to work in Houston, Texas.  He and his wife, Lori (Etta), moved to Texas where they expanded their family to include two children, both girls, Wendy and Kathleen.

As Paul recounts in  “Gardening Guideposts”, a work in which Paul explores every aspect of his life, as he lived it from childhood through retirement, his work with NASA “quickly became financial management and my work study program had given me some experience in what was basically bookkeeping/accounting.  It exposed me to handling numbers and I was comfortable with that.  It also exposed me to the fact that accounting was pretty dull work.  In the government, there is another financial field which is budgeting.  At the entry level, it is just adding up a  bunch of peoples’ requests and making them into a coherent presentation to the decision maker at that level.  Sort of dull too. This is not budgeting at a competent level.  Competency  requires collecting all the right information to allow the decision maker to make as fully informed a decision as possible.  Once your boss has made their decision, you work with him/her to present it as effectively as possible to the next level decision maker.  This is challenging and fun and has always been the heart of my career. “

Paul’s career in NASA saw him rise through the ranks to include serving as Comptroller of the Lewis Center In Cleveland to the position of Acting Director of the Division of Resources and Administration in NASA Headquarters. At Lewis, Paul recounts that, “I, and I know, the Center Director believe that I left the financial and contracting operations much better than I had found them.  I solved our financial problems with headquarters, produced a more cooperative contracting environment and gave the Center Director a better understanding of what was happening to our money.  I also gave him complete control of what budgets we requested from headquarters.  I tried, and largely succeeded, in making my organization not just an enforcer of the many laws and regulations on how taxpayer money must be approved and expended.  I worked to make us valuable helpers in navigating that set of rules and accomplish Center goals.”

This understanding of federal agency budgeting was key to Paul’s successful service and most likely was a primary factor in his becoming one of the youngest people, at age 35, to enter the Senior Executive Service immediately after the law enacting it was  implemented in July, 1979.

During his time at NASA he witnessed Apollo missions take off, saw the first images of Saturn beamed down from Voyager arrive at headquarters in Washington D.C., watched the launch of the first Space Shuttle and even managed the budget for the Space Station as it was being developed among many other amazing experiences and accomplishments.

Paul's first marriage ended in divorce but he remained good friends with Lori.  He married Eleanor in 1990 and they were happily married for the rest of his life.

During his retirement, Paul enjoyed his cars, and walking dogs, his own and those of others, as part of the small, successful pet-sitting business he and Eleanor founded.  His favorite place, apart from his home in Great Falls, was Riverbend Park, where he volunteered in the Information Center and served as the second president of the Friends of River bend Park.

A creative effort arising from his experience walking dogs was  his design and fabrication of a dog lead that prevents a sudden “pull” at the end of the lead extension.  He received a patent and discussed the new design with representatives of a major pet company in New Jersey.  They liked the design but ultimately decided it would be too expensive to produce.

Paul was passionate about the environment and all of the sentient creatures that depend upon it.  He was particularly interested in wolves and their recovery.  He felt strongly that it is our responsibility to do what we can to protect and preserve resources for future generations of all kinds. He worked with his sisters, Eileen and Caroline, to put the 80 acres of farmland they inherited from their father into permanent conservation easement. He knew wolves would be there and he wanted this land to be part of their territory long into the future.

All during his retirement, Paul was intent on reflecting on life.  He has written extensively on its meaning,  One of his first reflections includes the 100 words he wrote in response to a September 1999 Washington Post invitation to readers to submit autobiographical sketches of 100 words or fewer to be considered for selection in the Post’s Millennial edition which was published on Saturday, January 1, 2000 as:

“A Time Capsule From the people of the year 2000 to the people of the year 3000: 100 readers write 100 words about themselves. There were no other requirements, except that the stories be true. In the following month, the newspaper received more than 3,300 entries. The 100 autobiographies chosen for publication were selected on the strength of the writing, the impact of the stories, and the degree to which the life experiences of the writers reflected the community at large.”  Paul’s submission was selected – number 63:

“My name is Paul Anderson. I was born, second of seven, on a Minnesota subsistence farm. My father was the firstborn, so he stayed on the farm. My mother was a teacher, a farm wife, then a librarian. I was raised religious, but that ended when my youngest brother was run over by a tractor. I worked hard and was in Who's Who before 40. By 50, my daughters were educated and work wasn't fun anymore, so I retired. Now I walk people's dogs along the Potomac, as a business, and ponder the meaning of life. I think I've got it. And I'm happy.”

All throughout his life, Paul was a deep thinker.  The topics that intrigued him most were regarding the meaning of life – both in general and specifically his own– ethics and morality and human behavior.  He wrote several pieces on these subjects that are quite enlightening and intriguing.

One such writing is a type of Word-a-Day Calendar in which he chose 366 words that resonated with him.  He defines the words succinctly and then offers his view on the subject.

One word he chose was, “Death:”

“IS – When a living organ or organism ceases to turn oxygen and food into enough energy to function.  Ever again.

MY VIEW – Death can only rationally be viewed as an inevitable part of life.  It’s not if, but when, how and why.  Your real focus should be how you will feel about yourself on the day you die.  Since that could happen in one lightning bolt, always be ready to face your own judgment.  As a corollary, while we all grieve deeply about the death of loved ones, we should reflect on how they should have, and did, feel about themselves.  Take comfort if they had lived a good life.``

Paul loved his grandchildren, Paul, Daniel, Amanda and Hannah, and much of what he wrote he wanted to have for them to ponder on as they maneuver life’s challenges, failures and rewards to live a good life.

Paul most certainly lived a good life.  He was not afraid to die.  He was ready to face his own judgment.  He lived life with no regrets.

Paul’s family suggests that donations in Paul’s memory be made to;

The International Wolf Center in Ely, MN at    www.wolf.org.
Donation by mail is also possible by scrolling down to the line that provides a form for this purpose.  Please indicate that the donation is in memory of Paul.

Friends of Riverbend Park at  www.forb.wildapricot.org
Please note in the comment section that the donation is in memory of Paul Anderson.  A donation may be made by mail to FORB, PO Box 1481, Great Falls, VA 22066-8481.

Share Your Memory of
Paul
Upload Your Memory View All Memories
Be the first to upload a memory!
Share A Memory
Send Flowers
Plant a Tree