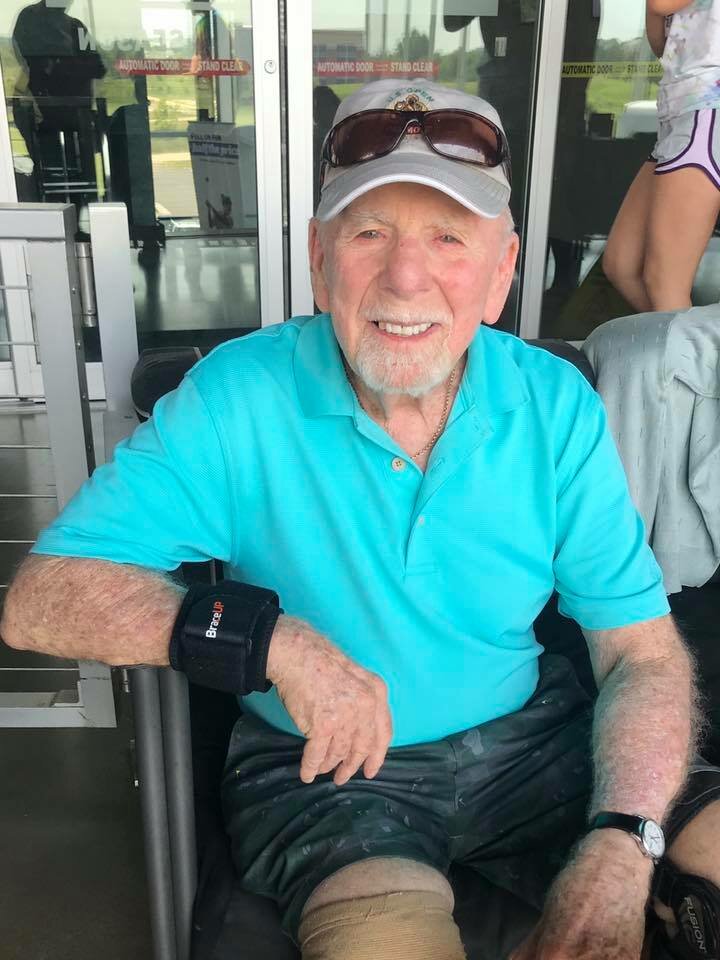 To view the LIVESTREAM of the service, press here:

On February 23, 2022, in Herndon, Virginia.  Neil was born and raised in Brooklyn, New York. He graduated from Eastern District High School and Brooklyn College, earning a master’s degree in physical education. He served as a PFC in the U.S. Army during the Korean War and retired after a long career teaching in the NYC public school system. Neil loved to play sports, from neighborhood stickball to baseball as a second baseman and team captain in high school and college, and then golf and tennis throughout the rest of his life.  Neil was a loving husband of 50 years to his wife Mary Jo, who preceded him in death in 2013.  He was a beloved father, grandfather, brother, uncle, and friend, and will be dearly missed.   He is survived by his children Steven of Kent, WA., Jeffrey (Trish) of Apex, NC, and Jodi Goldberger of South Riding, VA, and grandchildren Sarah, Benjamin, Sean, Garrett, and Miles, as well as his sister Susanne Guzik (Eugene) of Briarwood, NY, and many adoring nieces and nephews in the U.S. and Canada.  Family and friends will gather to celebrate his life on Tuesday, March 1, 2022, at 11:00 AM at Adams-Green Funeral Home, 721 Elden Street, Herndon, Virginia. Inurnment will be at a later date in Arlington National Cemetery

Share Your Memory of
Neil
Upload Your Memory View All Memories
Be the first to upload a memory!
Share A Memory
Send Flowers
Plant a Tree