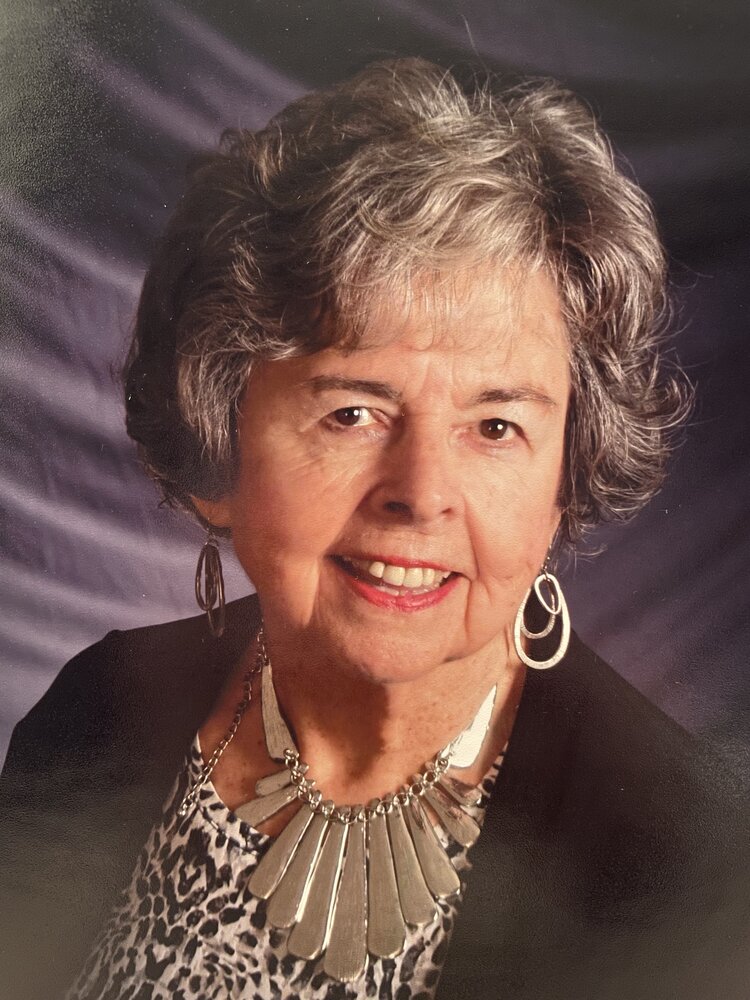 A beloved wife, mother, and grandmother of Potomac Falls, Virginia died of natural causes on March 1, 2022. She was the devoted wife of Vito J. Bruno and mother of 6. Lona was born in Glens Falls, NY to the late Elizabeth Singleton Moynehan and Francis P. “MOG” Moynehan.

She married Vito J. Bruno on March 19, 1955, a classmate from the class of 1950, St. Mary’s Academy of Glens Falls. She graduated the College of Saint Rose, Albany with a degree in Nursing.  Lona became a Registered Nurse and worked in various locations as she followed her husband on his military assignments.  Her first job was in Labor and Delivery at the Glens Falls Hospital.

She was preceded in death by her son, Michael, and her two sisters Jane Wells and Martha Hubert (late Henry Jr.).  She is survived by her children and their families:  Elizabeth Bruno of Annapolis, MD, John Bruno (Barbara) of Ocean View, DE, Heide Cornwell of Fairfax, VA, Christopher Bruno (Deborah) of Norfolk, VA, and Stephanie Walsh (Chris) of Brookfield, WI and ten grandchildren: Lindsay, Lauren, and Alexis Bruno; Samantha, Hunter, and Emerson Cornwell; Emory and Rylee Bruno; and Brett and Brian Walsh.

A funeral mass is scheduled for 11:00am at Our Lady of Hope Catholic Church on Friday March 11, 2022. Her final resting place will be at Arlington Cemetery, at a later date.  In lieu of flowers, a memorial donation may be made to the Leukemia and Lymphoma Society or the Dementia Society of America.

Share Your Memory of
Lona
Upload Your Memory View All Memories
Be the first to upload a memory!
Share A Memory
Send Flowers
Plant a Tree