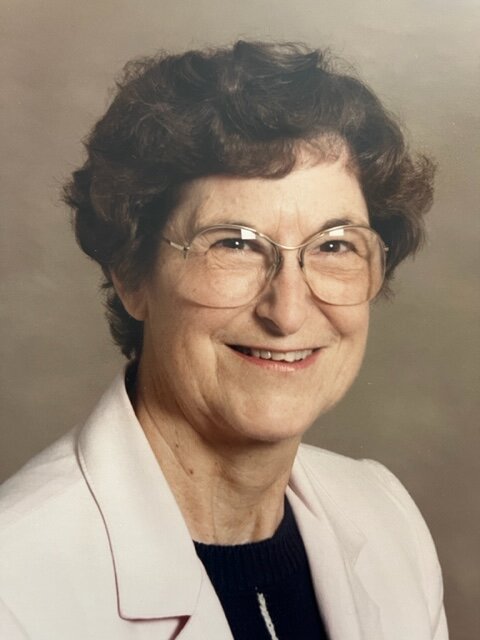 She was born Dec. 18, 1924 in Aldie, Va., the oldest daughter among nine children of Elbert and Sue Lipps, a farmer and teacher. After attending Montreat College and receiving her bachelor’s degree from Madison College in 1945, she taught science and home economics in Arlington County public schools.

In 1952, she married Robert McNair and moved to Herndon, where they ran a family dairy farm for the next 30 years. In the early 1980s, they sold the farm, moved to Hillsboro and operated a beef cattle farm until he died in 1996. Betty moved to Williamsburg in 2019.

Betty was active in her communities in Fairfax and Loudoun, taking leadership roles in Trinity Presbyterian and St. Andrew Presbyterian churches,  Hillsboro Community Association, Loudoun County Garden Club and Loudoun Home Interest Club, among others. She worked as a substitute teacher and assistant voter registrar in Fairfax County.

She enjoyed baking, sewing and gardening and was a dedicated book club member. Most of all, she loved people and will be deeply missed by her many family members and wide circle of friends.

She is survived by two sisters, Virginia Soden of Cromwell, Conn., and Joan Schulze of Clifton, along with many nieces and nephews; her children, Thomas McNair of Lincoln, Calif., and Jean Petkofsky (Andrew) of Williamsburg; grandchildren, David Petkofsky (Angela) of San Diego, Calif., and Emma Petkofsky of Astoria, N.Y., and great-granddaughter, Hazel Petkofsky.

A funeral will be held Saturday, March 5, at 1 p.m. at Trinity Presbyterian Church in Herndon.

Donations may be made to the Edith J. Carrier Arboretum at James Madison University 780 University Blvd. Harrisonburg, VA 22807.