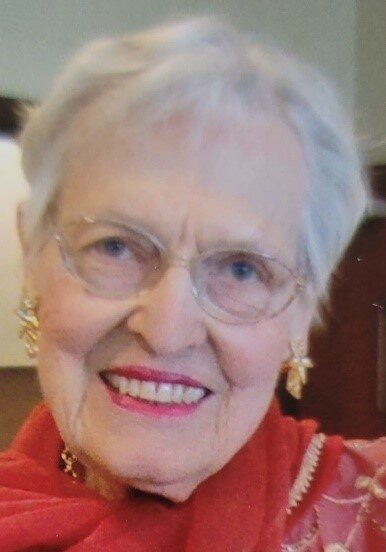 Born on June 9, 1930, in Minneapolis, MN along with her best friend and twin sister, Donna Fink, Dody died peacefully in Ashburn, VA on March 2, 2022.  She was the daughter of Helga Westergaard and Donovan Martin and the adopted daughter of Søren Lura.

Dody received a degree in Home Economics from the University of Maryland in 1951.  She worked at DJ Fabrics in Hagerstown, MD and was a Real Estate Paralegal for many Hagerstown area law firms.

Visitation will be held at Farmwell Hall at Ashby Ponds Senior Living Community in Ashburn, VA on March 18, 2022, at 9:30am followed by a memorial service at 10:30am.  Interment will take place the next day at Monte Vista Park Cemetery in Bluefield, WV.

In lieu of flowers, memorial donations may be made to the ARIC-Comstock Center at Johns Hopkins University via https://publichealth.jhu.edu/giving.

Share Your Memory of
Dianne (Dody) Pruett
Upload Your Memory View All Memories
Be the first to upload a memory!
Share A Memory
Send Flowers
Plant a Tree