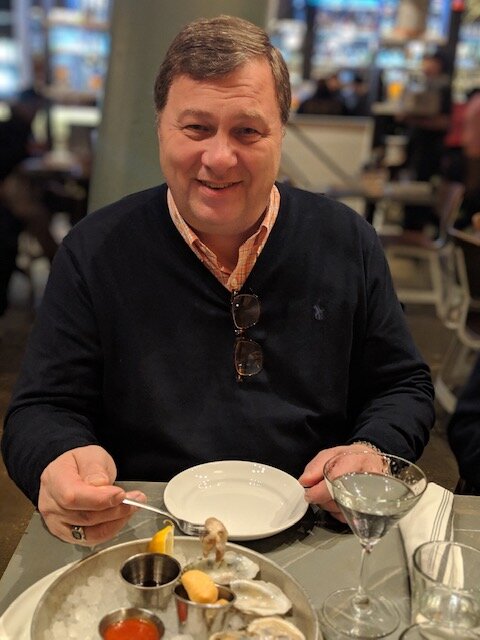 Richard Charles Sternitzke of Herndon, Virginia passed away on Friday, March 4th, 2022, after a six-month battle with a rare and aggressive cancer.

He was born in Arlington, Virginia and his family moved to Falls Church, Virginia when he was five years old.  Richard attended school locally throughout his childhood and graduated from Falls Church High School. He received a Bachelor of Science degree in Economics from George Mason University in 1981.

Richard went on to have a very successful career in technology and telecommunications. He started his career with the Electronic Industries Association as Director of Computer Services.  He later joined Digital Radio Networks as Director of Management Information Technology and went on to join Transaction Network Services as their Chief Technology Officer and Executive Vice President.  From TNS he went on to become one of the founders of Core Communications which was later acquired by Swisscom, one of the largest telecommunications providers in Switzerland. He remained with Swisscom for many years as their Chief Technology Officer of North America operations and traveled annually to Geneva, Switzerland, and other major European cities. Upon leaving Swisscom he helped co-found Cirrus Works, later accepting a position with Arlington County Government as Division Chief in their Digital Technology Department.

When not working, Rick enjoyed taking his family on wonderful vacations to Europe, the Caribbean, Hawaii, and his beloved Maine where he had a summer home.  His other passions were spending time with his family, visiting Virginia wineries, hunting, and home improvement projects.  In addition to his generous heart, he also had an insatiable appetite for learning and knew a little something about everything.

He will be terribly missed by his wife of thirty-four years Joyce, as well as his two daughters and son-in-law, Anna Sternitzke, Mary Kate Sternitzke, and Rex Lacy Jr. He will also be missed by his parents, Anna and Klaus Sternitzke of Falls Church, his brother Roger Sternitzke and his wife Marcy Caler, and many nieces and nephews.

A memorial celebrating his life will be held in early summer.