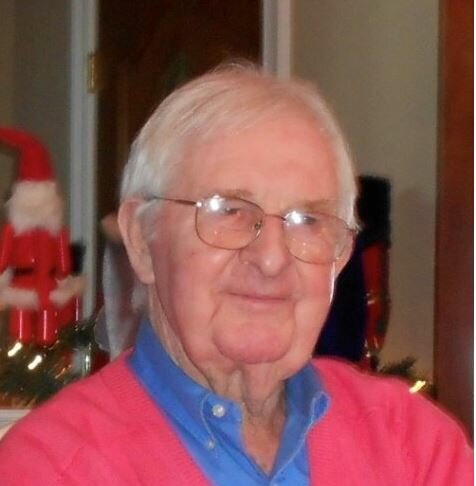 Please share a memory of Joseph to include in a keepsake book for family and friends.
View Tribute Book

Joseph Slavin 95 of Quincy, MA and Annandale, Va. died on March 6, 2022 after a brief illness. He was the husband of his high school sweetheart the late Arlene Harris Slavin to whom he was married for 70 years. He was born in Dorchester,MA on Feb.8, 1927 and was the son of the late Ambrose and Evelyn (Tuttle)Slavin.

Joe graduated from the Merchant Marine Academy at Kings Point in 1949 and later attended graduate studies at Tufts University in Boston, MA. He became an expert in Marine Fisheries where his career moved him from Massachusetts to

Washington, DC where he became an Associate Director of the National Marine Fisheries Service under NOAA. After retiring he became a global consultant in fisheries and traveled the world with his expertise.

Joe was one with the sea. At the age of 10 he taught himself to sail on a small boat. From that time on sailing became his passion. The boats became larger, sailing Ipswich Bay, Cape Cod Bay, and Chesapeake Bay. He sailed until the age of 90 on his beloved “Irish Mist” with family and friends. He was an active member of the Dickerson Boat Association and spent many happy days with his fellow Dickerson Boat buddies racing on the Eastern Shore of Maryland

At the age of 90 Joe and Arlene retired to The Crossings in Herndon, VA. They were warmly welcomed by residents and staff. Joe became very involved in updating the library and reading at daily Mass. He became President of the Residence Council and enjoyed contributing to the Crossings community.

Joe’s family was the most important thing in his life. He would drop everything and come if he was needed no matter what time day or night. He was always willing to listen, lend a hand and his advice is legendary ! He had a most inquisitive mind and was an avid reader. He loved life and was always the eternal optimist. Joe and Arlene spent many years of happy vacations at the Veranda Beach Club in Longboat Key, Florida

We would like to express a special thanks to all those who cared for Joe in his illness especially Kadie and Irene.

Calling hours are respectfully omitted. A Mass of Christian burial will be celebrated

Share Your Memory of
Joseph
Upload Your Memory View All Memories
Be the first to upload a memory!
Share A Memory
Send Flowers
Plant a Tree