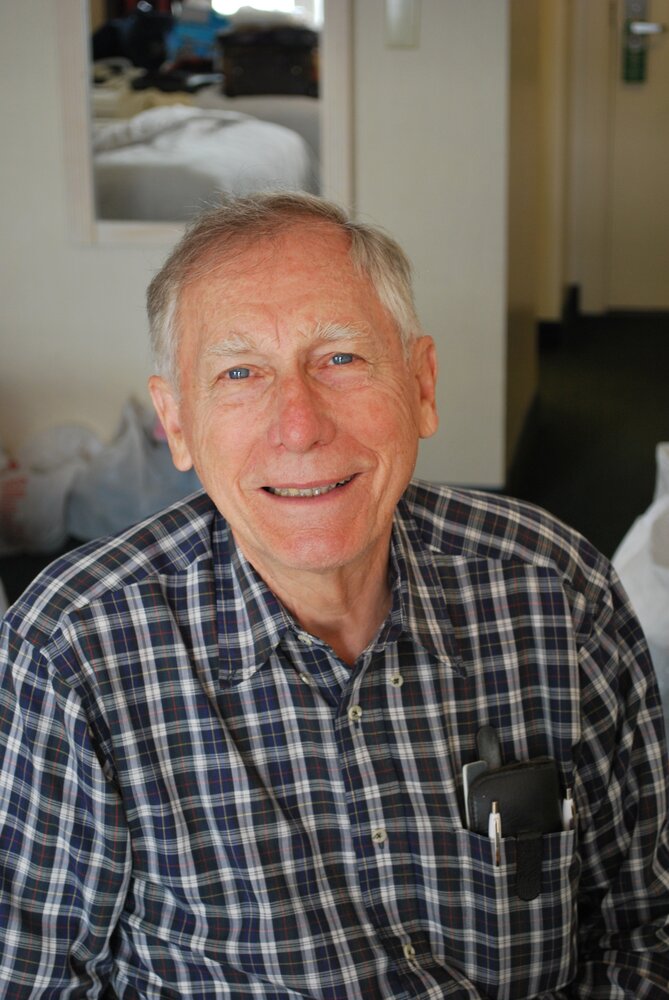 Harry was born in Indianola and grew up in Coverdale and Bethel Park. After graduating in 1947, Harry went to the University of Pittsburgh for 2 years studying engineering, until the sudden death of his father when he left school to go to work. Harry had many different jobs, all of which he enjoyed and told many stories of over the years such as teaching dancing, photography, and real estate before signing up for the Army.

Harry served in the 66th Eng. TOPO Company in Stuttgart Germany during the Korean War to watch the Russian front. While there he had the opportunity to travel all over Europe by motorcycle and met many wonderful people along the way. Upon returning to the states, Harry worked to set up the first reunion of  their company which continued every year until the last one in Herndon in 2013. His love for his Army buddies was evident and Harry kept up with them by mail, email and phone constantly.

Harry began his career in Law Enforcement as a Bethel Park Police Officer and Constable. Helping people was always so important to him. Not one to sit idly by, Harry was also a photographer and an ambulance driver for Bethel Park Police. Harry started a club for legal drag racing called K.A.R.S. (Keep All Roads Safe). Harry also loved to race his own 57 Ford Thunderbird. During this time he met a beautiful brunette and was instantly in love.

Harry and Marilyn began their family in Bethel Park but found their forever home in Erie when Harry was offered a job as a Liquor Enforcement Agent for the Pennsylvania State Police where he served until his retirement. Harry often joked that he “drank for a living”. He loved his job as an investigator and was often under cover. Everyone knew Harry Renton. The family grew together in Erie, where Harry and Marilyn raised their 4 daughters and made a wonderful life. In retirement the Rentons traveled and often with friends and family, inside and outside the United States. But by far their favorite traveling was to visit their many grandchildren. As they aged, Harry and Marilyn bought a second house to be nearer the grandchildren and settled in Herndon where Marilyn still lives.

Harry was an avid golfer, bowler, bocce player and loved to play cards. He was a member of the Knights of Columbus 4th degree, an usher at St. George Church as well as serving on church council and school board. More recently he ushered at St. Joseph Church where he inspired the little children to be good by offering Tootsie Rolls after Mass, his pockets were always full. Harry continually volunteered whenever needed. He loved to take walks in the neighborhood and help out whenever he could which included using his great negotiating skills. Harry will be remembered as an honest, hardworking man who was quick to give advice from his years of experience. Harry will be missed greatly by all who knew him especially his beautiful wife “Dolly”.

A Mass of Celebration will be held on Thursday, March 17, 2022 at 11:30 AM at St. Joseph Catholic Church, 750 Peachtree Street Herndon, VA with entombment to follow at Chestnut Grove Cemetery, 831 Dranesville Road Herndon, VA.

Donations in memory of Harry Renton can be made to KOVAR, A Knights of Columbus Charity Serving Virginians with Intellectual Disabilities. Click on “I would like to dedicate my donation to someone special” and enter Harry Renton, and 6175 in the Council Number field. https://donate.givedirect.org/?cid=1467&n=256141

Share Your Memory of
Harry
Upload Your Memory View All Memories
Be the first to upload a memory!
Share A Memory
Send Flowers
Plant a Tree