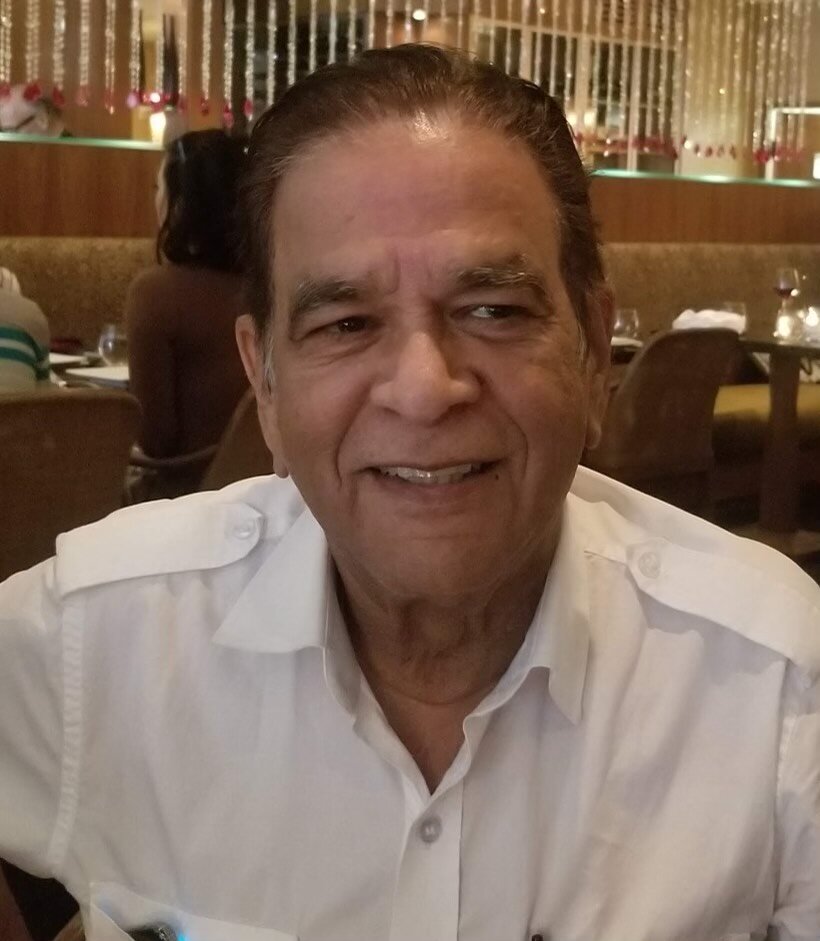 On March 5, 2022, Atul Kumar, of Herndon, Virginia, beloved husband of Veena Kumar; loving and devoted father of Neilabh Kumar and wife Elizabeth, as well as Priya Sareen and husband Amit; loving Nana (Grandfather) of Sonali and Sachin; dear brother of Aruna Sharma (also deceased) and brother-in-law of Deep Sharma, and son of father, Upendra Lal (also deceased) and mother, Kamla Lal (also deceased, left this world for the next life. Born and raised in Darya Ganj, a neighborhood in Old Delhi, India, he was raised by a loving but stern father and mother. Having a gift for the sciences, he studied mechanical engineering in Moscow, then the capital of the former Soviet Union.

While earning his bachelor's and then master's in mechanical engineering, he traveled all over the former Soviet Union and Warsaw Pact nations, becoming fluent in Russian, with a working knowledge of Polish and Bulgarian. After graduating, he worked on hydroelectric dams in India, near the city of Haridwar, before emigrating to the United States where he was introduced and married his wife, Veena, and had two children together, Priya and Neilabh.

After many years working as an engineer and completing various projects for federal customers he decided to open his own IT consulting firm, AVR Enterprises in the early 1990's. Even though running a business required a large amount of time and energy, he never neglected his family, always making time for his son and daughter's well-being. Doting over them, making them laugh, and taking them on road trips.

Upon retiring in 2014, he devoted himself to spending time with his elderly parents in India until their death in 2018. Atul Kumar died peacefully in his sleep on March 5th, 2022. He will be missed greatly by his family and friends.

In lieu of flowers memorial contributions in Atul's name may be made to Saint Jude Hospital and Shriners Hospital for Children. Memory tributes may be sent to the family at  https://adamsgreen.com/.

Share Your Memory of
Atul
Upload Your Memory View All Memories
Be the first to upload a memory!
Share A Memory
Send Flowers
Plant a Tree