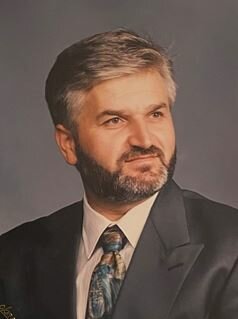 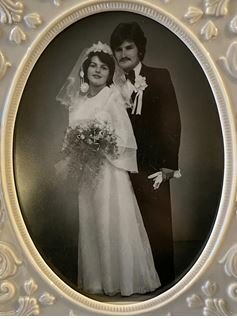 Please share a memory of Gostimir to include in a keepsake book for family and friends.
View Tribute Book

Born on July 8th 1956 in Ceremosnjak in the former Yugoslavia, he was the second son to his parents, Spasoje and Leposava (Radivojac) Rajic. He became a master milling machinist after completing his technical studies in Osijek. Along with his two brothers, Branko and Dusan, they worked on the family farm, as well as their chosen professions. An exceptionally capable and hard-working man, he quickly worked his way up to the position of foreman at Saponija, a prominent and successful factory.

He completed his military officer training program, specializing in artillery with the Yugoslav National Army as a reserve Captain, but refused a full commission as he was always more interested in his chosen vocation.  A brave and honorable man, when the civil war broke out in Croatia, without hesitation, he joined in the territorial defense of his hometown of Tenja. With the living memory of the terrible suffering and persecution of Serbs during World War II, he was committed to not allow this tragedy to repeat itself.

He reluctantly left his community and emigrated to the United States with his wife Drina and their two young children, Tatjana and Sasha in the summer of 1991. In his new life, he held and excelled in many jobs, and also drove a delivery truck for military commissaries in the Washington, D.C. area, but he was always determined to start his own business. He was incredibly and naturally gifted in all types of home maintenance, mostly construction and remodeling, and used his hard-earned savings to start a small home improvement business, “Gus Home Improvement” in 1994.

A hard worker, dedicated to every detail and always proud of his work, he quickly earned a reputation for exceptional quality work, customer service (he was reachable any time day or night) and reasonable prices. His business quickly grew, all through word of mouth, due to dozens of satisfied and repeat customers. Gus was also committed to helping anyone, but especially fellow immigrants and refugees, by always giving them much needed opportunity in his small company. He was also committed to serving his church community, St. Luke’s Serbian Orthodox Church in Potomac, Maryland, where he volunteered his time and skills in numerous renovation and maintenance projects, as well as his passion for pig and lamb roasting.

He was especially proud of his family and his children. When he retired after a long punishing career of physical and hard work in 2020, he became attached to his small friend and companion, Romeo (a Pomeranian and special part of his family). He was a loving husband, father, a true friend and a man of honor.  He leaves behind the love of his life, his bereaved wife Drina, son Sasha and daughter, Tanja (who he loved to call “Kell”), his older brother, Branko and his family, younger brother, Dusan and his family, numerous relatives, kumovi and many friends. He lived a good life, the American dream and dreamt of retiring in his much beloved Serbia.

Most of all, he enjoyed the simple things in life. He loved watching films, going to movie theaters, was well-read, strictly followed current events, enjoyed beach vacations (especially in the Bahamas), good food and good company. His friends enjoyed his sharp humor and quick wit, and always with a smile on his face. In the Serbian tradition, one of the biggest compliments someone can give to a man, is to say that he is a great host, “veliki domacin.” He was the embodiment of this phrase, generous to a fault, extremely hospitable and loving.

He will be buried in accordance with his wishes next to his parents at the Batajnica Cemetary in Serbia. In lieu of flowers, please consider making a donation to St. Luke’s Serbian Orthodox Church in his memory. https://serbianchurch.org

Share Your Memory of
Gostimir
Upload Your Memory View All Memories
Be the first to upload a memory!
Share A Memory
Send Flowers
Plant a Tree