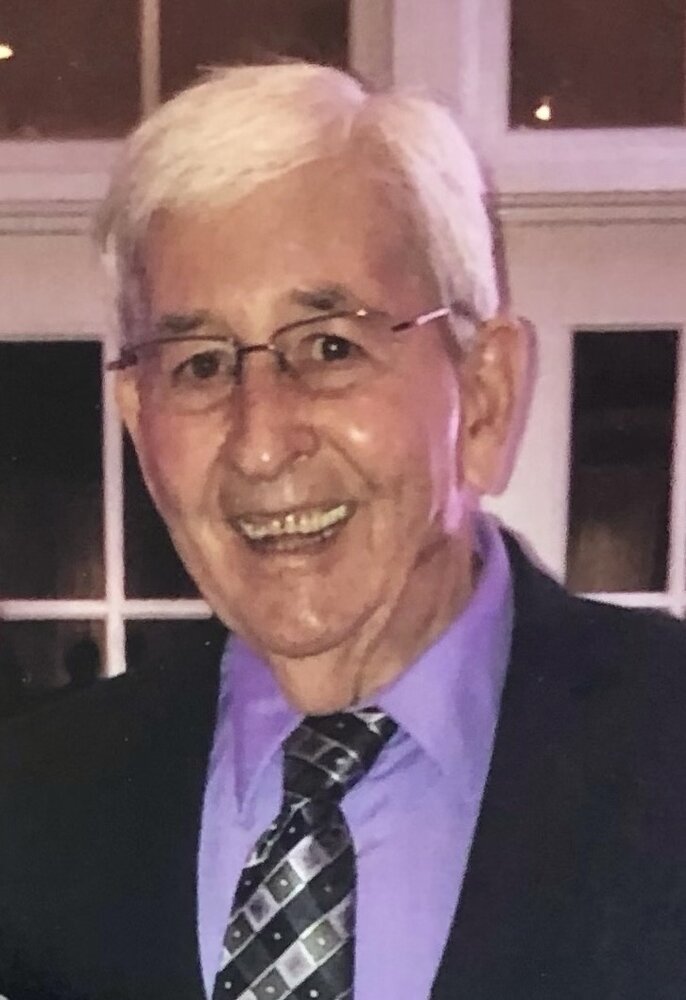 Please share a memory of Jack to include in a keepsake book for family and friends.
View Tribute Book

Jack Wesley Kearns passed away peacefully after a brief illness at Reston Hospital with his family by his side on April 7, 2022.

Jack was born April 15, 1939 in Washington, DC and grew up in Vienna, Va. on his grandmother’s farm off Lawyer’s Road. He was the son of the late Wesley Jacob and Effie Virginia Kearns. In addition to his parents he was preceded in death by his sister, Judith Mae Groves.

He graduated from Fairfax High School in 1957 and then enlisted in the U.S. Navy and was stationed in Norfolk, VA. He served honorably for four years as a coxswain of a mike boat transporting troops from their ship to the shore. Jack met the love of his life, Betty Cockerill, at a dance at the Chantilly firehouse in November of 1961. It was love at first sight and they fell madly in love, and were married on Nov. 24, 1962 at Forrestville United Methodist Church, later renamed Great Falls United Methodist Church. Jack and Betty would have celebrated their 60th anniversary in November of this year.

They soon had two children, Janet Michele in 1963 and Jerry Wesley in 1965. Jack began J.W. Kearns Refuse Service in 1963. He would stay in business for 40 plus years and retired in 2008. Jack was an avid hunter and fisherman. He enjoyed time spent with his son in the outdoors. Jack loved gardening and was so proud of the crops that he raised every year, especially the tomatoes that Betty would so lovingly can every winter. One year she canned 80 quarts but he would have preferred she canned 100. :-) Gardening was his life and he looked forward to starting his garden every year and anticipated the delicious meals that Betty would prepare from the fruits of his garden. He worked hard in his garden to make sure that he would have plenty to eat and share with others.

Jack and Betty acquired a love for tennis and were regulars at the Great Falls Swim and Tennis Club until they built their own tennis court in 1988. Both Jack and Betty were very competitive and when he didn’t play well his temper caused him to break many a racquet in the heat of the matches. Both Jack and Betty decided that in order to not go broke buying tennis racquets that they would just rally and not keep score.

Jack and Betty didn't travel much but in 2001 they drove across the country and back with their daughter, son-in-law and two grandchildren. It was the trip of a lifetime for them and he talked about how much he enjoyed it and would've liked to have done it again.

Jack adored his family and was proud of each and every one of them and would tell them so. They meant the world to him. He especially loved spending time with his two grandchildren who when they were younger spent a lot of time together at their home on five acres in Great Falls and really enjoyed their visits after they were grown. He also loved and looked forward to seeing his seven great grandchildren who now live in Colorado, and couldn't visit very often. He adored his great granddog Vina as well and would ask about her often.

Jack was a little rough around the edges on the outside but had a heart of gold on the inside. He was a Christian and loved his church. He served as the church’s head usher for a couple of years and also looked forward to fellowship time to talk and catch up with his church friends. He missed going to church very much during Covid and was looking forward to going back. When his illness kept him from being able to go back to church he didn't want Betty to go without him.

Funeral services will be held at Great Falls United Methodist Church at 1 pm. Wednesday, April 13 with visitation at 12 p.m.

Share Your Memory of
Jack
Upload Your Memory View All Memories
Be the first to upload a memory!
Share A Memory
Send Flowers
Plant a Tree