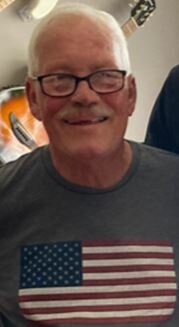 Thomas was born on February 19, 1948 to Joseph and Audrey McLachlan  in Germany. After Thomas graduated from high school,  he served in the Marine Corps for 3 years and later enlisted in the Army.  He retired from the Army in 1979.   It was his honor to serve his country.

In 1974, Thomas, better known as Mac, met Rita in Columbia, South Carolina at Fort Jackson. Mac and Rita went on to have two children, Teresa and Thomas (Tommy.)

Tom was predeceased by his parents, Joseph and Audrey and 4 of his siblings, Joseph, Michael, Margaret and Patricia.  He is survived by his wife, Rita, his two children, Teresa and Thomas (Tommy),  his four grandchildren, Ethan, Amber, Joshua and McKenna, his stepmother, Nadine McLachlan and his sister, Meeghan Carter.