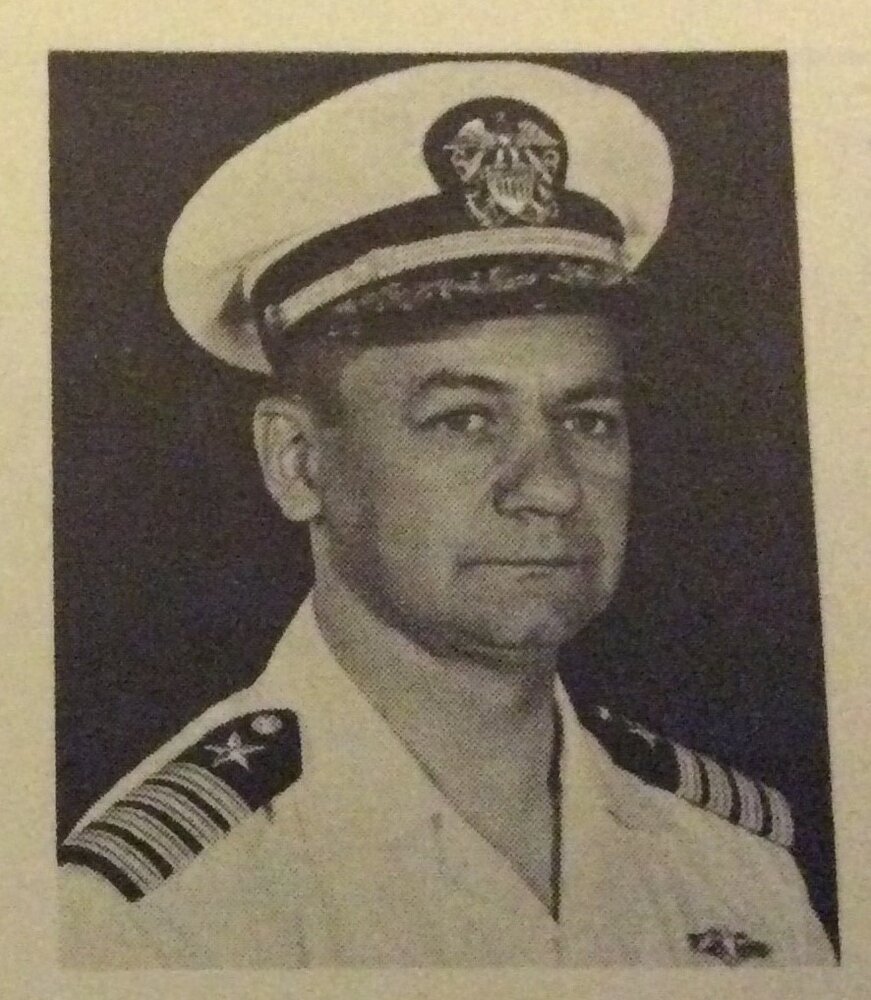 Captain Richard (Dick) Cunningham, USN, Retired, passed away on 8 April 2022 in Reston, VA.  He was born on 23 December 1928 and a native of Marion, IN.  An avid music lover, Dick played both the clarinet and saxophone, and had his own band in high school.  Music was what brought Dick and his wife, Carmen, together.  Before Dick’s graduation and commissioning as a Naval Officer from the United States Naval Academy (June 1951), he (jazz band leader) and Carmen (piano soloist) performed and met at a church festival in Annapolis, MD.  They were married in February 1952.

Dick’s initial duty was in Pearl Harbor, on the USS Epperson (DD-719), an anti-submarine destroyer.  He would then spend multiple decades serving as a submarine officer culminating in command of the USS Harder (SS-568).  His subsequent assignments included the 6th Fleet’s flagship (home-ported in Gaeta, Italy) as Surface/Submarine Warfare Officer, Commanding Officer of Harold E. Holt Communications Station (Exmouth, Western Australia), the Defense Communications Agency, the Joint Staff in the Pentagon, and the DOD’s Explosive Safety Board.

Dick retired from naval service in 1980 and established a junior NROTC unit at a high school in Passaic, NJ.  From there, he attended East Stroudsburg University in PA, where he earned a master’s degree in education.  He taught math in a K-8 New Jersey school for twenty years.

Dick is survived by Carmen, his loving wife of over 70 years; their three children; three grandchildren; great grandchildren and extended family.  He will be buried at Arlington Cemetery at a date to be determined.

In lieu of flowers, the family requests donations be provided to Culver Academy where Dick spent many summers at camp and his first sailing experiences that destined him to a naval career.