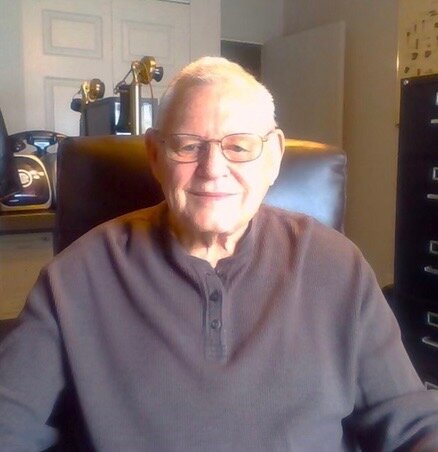 John M. Godby, 78, passed peacefully on April 17, 2022 at his home in Sterling VA.  He was born on April 19, 1943 in Huntington, WV to Carl and Naomi Godby.  John served in the US Army and Army National Guard and worked as a Service Technician at AT&T, where he retired from the Pentagon in 1996.  After retirement, he enjoyed traveling with his wife to a wide variety of locations, including many NASCAR races all over the US.  He devoted years of research tracing his family’s genealogy, working cemetery and courthouse visits into his travels.  He was most proud of his family and loved bragging about everyone and their accomplishments.

John is survived by his loving wife of 60 years, Connie Godby; his children: Sherri Hewitt and her husband Jeff, Julie Camann, Lori Godby and her boyfriend Dennis Maclaine, and John Godby Jr and his wife Julie; as well as his sister, Sue McKeague and her husband, Billy.  He was a loving Grandpa to 12 grandchildren, soon-to-be Great-Grandpa to 22 great-grandchildren, an uncle to Joanna, Steve, Leslie and Jeff, and a nephew to Steve Garten and his wife Donna.  He was preceded in death by his father, Carl E. Godby, his mother, Naomi Godby, and his brother, Ronald E. Godby.

A service will be held on Saturday, April 23 at Adams-Green Funeral Home, located at 721 Elden Street, Herndon VA 20170 with visitation from 9-10am and a short service at 10am.  Interment will immediately follow at Stonewall Memory Gardens, 12004 Lee Highway, Manassas VA 20109.  Online condolences may be left at www.adamsgreen.com.