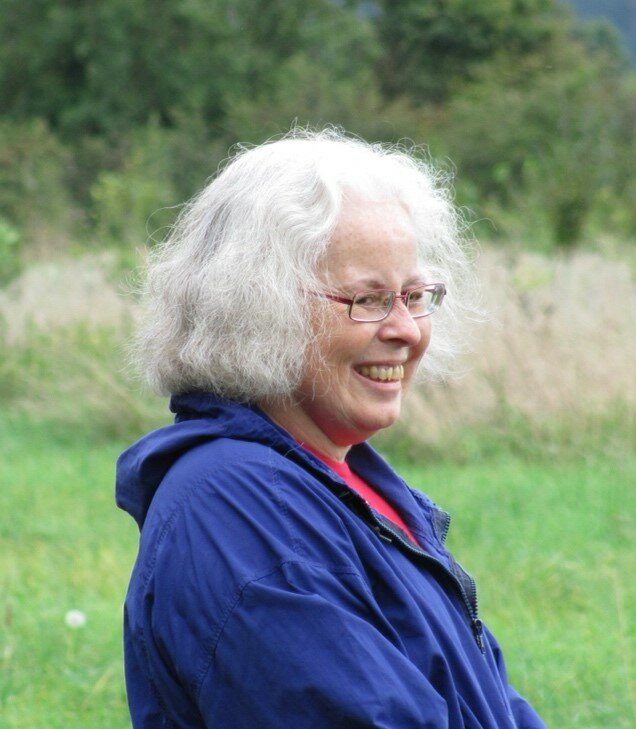 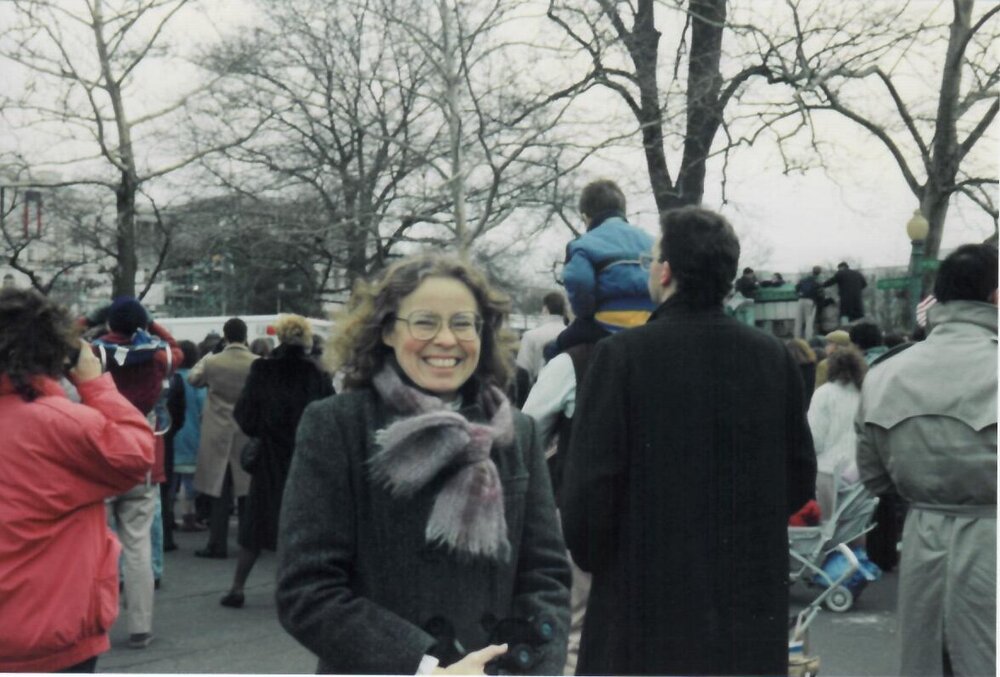 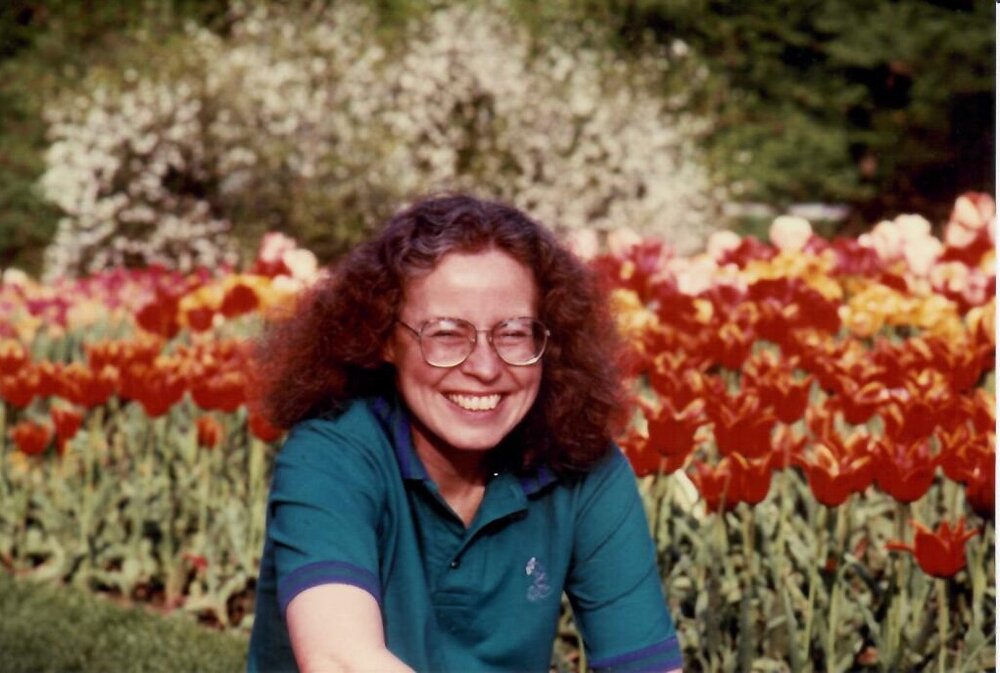 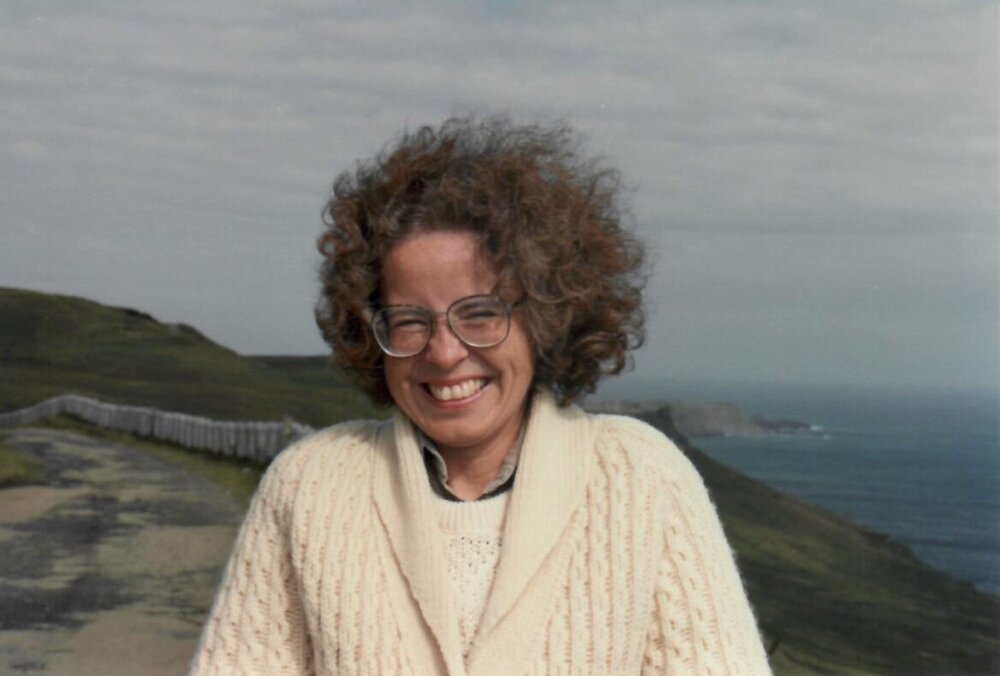 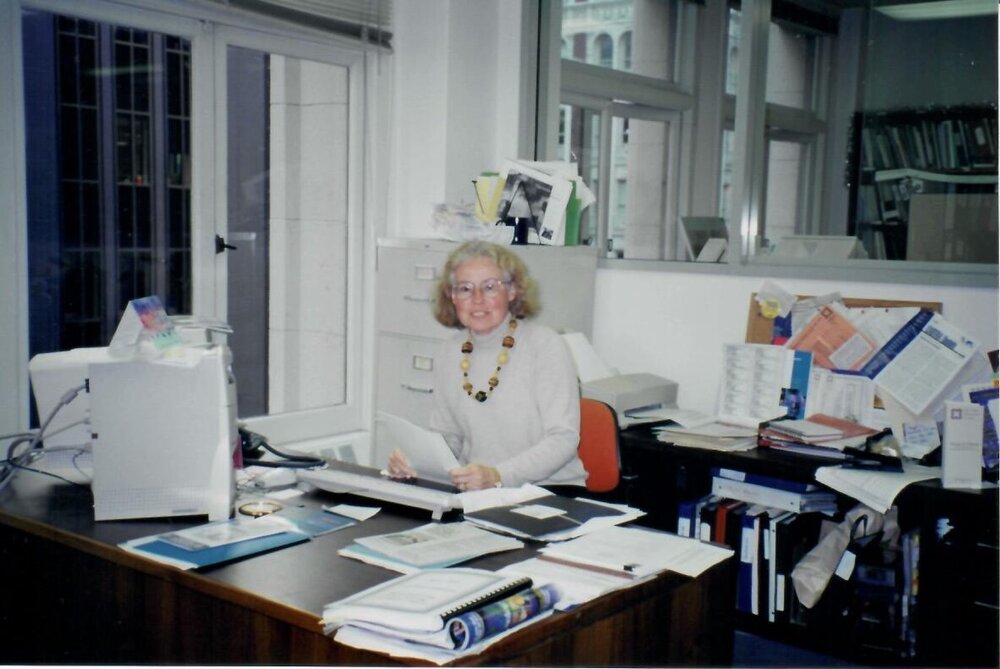 Sadly, Sue Markland Day passed away on April 30, 2022 at INOVA Fair Oaks Hospital after a brief illness related to Type 1 diabetes and vascular dementia. Sue was born in 1947 in New Albany, Indiana to Stanley L. Markland and Mary Royse Markland. After several years, the family, which by then included her brother Dale, moved to Fort Worth, Texas, where Stanley joined Convair (now part of General Dynamics) as an accounting engineer in the burgeoning defense industry.  Stanley later moved the family to Buffalo but they soon returned to Fort Worth after experiencing winter in upstate New York.

Sue graduated from Rice University in 1970 with a BA in microbiology and a week later married college sweetheart Howard Moreland. The couple settled in Beaumont, Texas where Howard was employed as a chemical engineer in the petroleum industry and Sue a med tech in a local hospital. With her interest in conservation and communication skills, Sue was instrumental in advocating for the preservation of the nearby Big Thicket National Preserve. Following her divorce, Sue moved back to Houston where she was Supervisor of the Cancer Immunology and Organ Transplantation Lab at the M.D. Anderson Hospital/Tumor Institute and University of Texas Medical School, Texas Medical Center. She also served as president of the local Sierra Club.

Her passion for public policy and the environment led her to Washington, D.C. where she joined the staff of the House Agriculture Committee. Her proudest accomplishment was drafting the nation’s first organic farming act. She was Legislative Aide (specializing in agriculture issues) to the California Governor’s Office on the Hill, where she met her best friend, Elinor Schwartz, with whom she would vacation in Alaska and Arizona. She later served as Executive Director of the State and Territorial Solid Waste Management Association, where she was instrumental in ensuring state policy interests were recognized during crafting of the Resource Conservation and Recovery Act and its foundational solid and hazardous waste management regulations. She consulted with private clients and the federal government as President of the Markland Group and later founded and served as Executive Director of the Applied Biotreatment Association, whose members specialized in adapting the science of microbiology to environmental remediation projects.

Sue met Art Day at a bottle bill fundraiser at Eastern Market in 1987. She soon included him in her annual snorkeling trips to tropical islands, including the Bahamas, St. Martin, Culebra and Antigua, where Art enjoyed a face-to-face with a barracuda on his inaugural dive. They married in 1990 in the living room of her Capitol Hill townhouse, just before moving to Knoxville, Tennessee, where Art joined Bechtel’s environmental remediation project at the Oak Ridge National Lab and Sue joined the University of Tennessee’s Center for Environmental Biotechnology and the Energy, Environment Resources Center, where she authored papers and contributed chapters to publications on the use of biotechnology in hazardous waste remediation. She also managed the 1992 Paul Tsongas primary campaign in eastern Tennessee, which exceeded vote count expectation. They also found time for a cross-country skiing trip to Innsbruck and hiking in the Smokies, Wales and Scotland.

They moved to San Francisco (and subsequently Berkeley) three years later when Art was transferred to Bechtel’s hazardous waste remediation project in Pocatello, Idaho while Sue accepted a position with the Systemwide Biotechnology Research and Education Program at the University of California at Berkeley. Her expertise in association management led to a position as the first Executive Director of the California Alliance for Jobs, a coalition of heavy construction firms and union construction workers. Her achievements included successfully defending the prevailing wage provision in government contracting. She and Art also enjoyed the Operating Engineer’s renowned annual Dungeness Crab Feed in Eureka, as well as weekends biking the Sonoma and Napa County backroads, watching sea otters along the coast of Pacific Grove, hiking the Sierras and cross-county skiing above Donner Pass. Overseas trips included visits to the UK and France.

Sue returned to her true passion, the nexus of microbiology and public policy, when she accepted the position of President of the San Francisco Bay Area Bioscience Center, a non-profit representing the world’s largest cluster of bioscience companies, including industry leaders Genentech and Gilead. When a local interest group demanded preservation of a derelict unreinforced brick wall (purportedly the oldest still standing on the West Coast) from a long-abandoned glass factory, she advised the quixotic Berkeley City Council to ‘do what you were elected to do, make a political decision.’ She challenged them to prioritize developing dozens of new jobs for their disadvantaged residents rather than conserving a feature of questionable historic merit. She won the vote, albeit by a narrow margin.

But she scaled back her career after an aortic heart valve replacement in 2003, a consequence of Type 1 diabetes that she was diagnosed with at age 5. When Art later transferred back to Tennessee, Sue joined the staff of the Knoxville office of the National Parks Conservation Association. They returned to the DC area in 2007 when Art elected to retire early to indulge their interest in world travel and snorkeling in the warm Caribbean waters. During this time, they enjoyed hiking in the Cotswolds and an Adriatic cruise. But Sue’s passion for public policy returned, leading to a position as Director of Carnegie Mellon University’s Washington, DC Office of Engineering and Public Policy, where she connected researchers with key political leaders and Hill staffers. Unfortunately, declining health led to her full retirement in 2009. But the DC heat and humidity and the need for one-story living resulted in a return to California, this time a beautiful, active-adult community, Oakmont, in Santa Rosa. Surrounded by State parks and wineries in the heart of Sonoma County, life was great until the devastating wildfires of 2017. Returning home after 10 days of evacuation, their home was undamaged but their nerves were not. So, it was back to the heat and humidity of Virginia in 2018, where they settled in Alexandria and, subsequently, an active-adult community, Potomac Green, in Ashburn.

Sue would light up a room with her Texas charm and curly red hair while she worked a cocktail party. But the toll of diabetes and the advance of dementia caught up with her. She leaves behind Art, her loving husband of 32 years; her cherished brother Dale Markland and his wife Melba of Dallas; his sons Montgomery and wife Elizabeth, and Douglas and partner Jane of Los Angeles; Art’s nephew Kieran Hendrick and wife Marta Saporiti of London, UK; her BFF Elinor and many friends and former colleagues in Tennessee, Texas, Oregon and California.

Art would like to thank the medical and support staff of INOVA Fair Oaks hospital, who kindly tried to stave off the inevitable until Mother Nature said Enough. Private service. If you would like to make a donation to your favorite charity in her memory, that would be appreciated. A cocktail party will be given in her memory at a later date.

Share Your Memory of
Sue
Upload Your Memory View All Memories
Be the first to upload a memory!
Share A Memory
Send Flowers
Plant a Tree