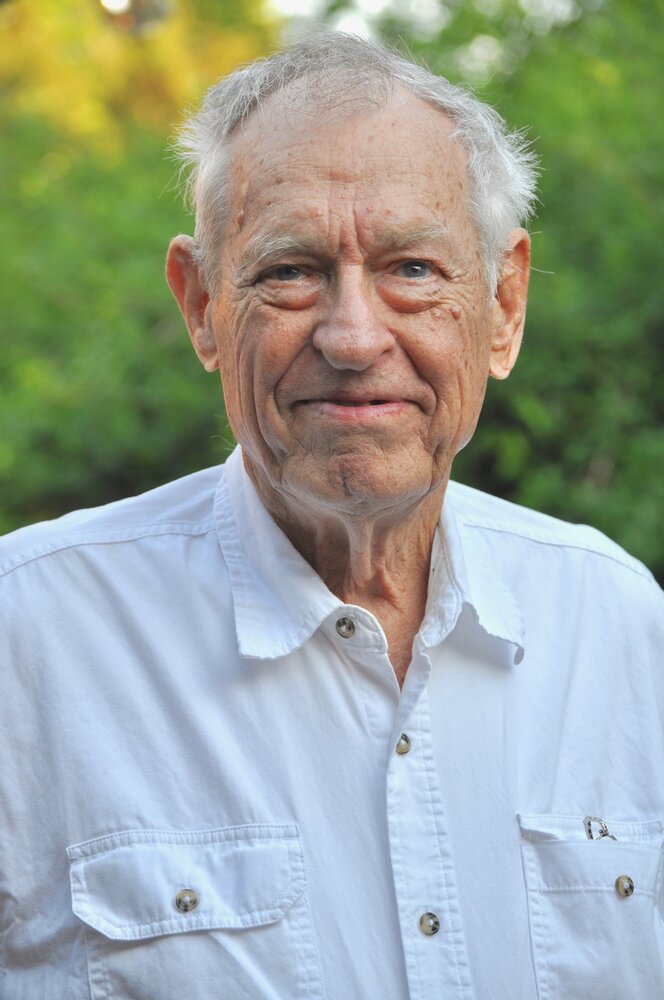 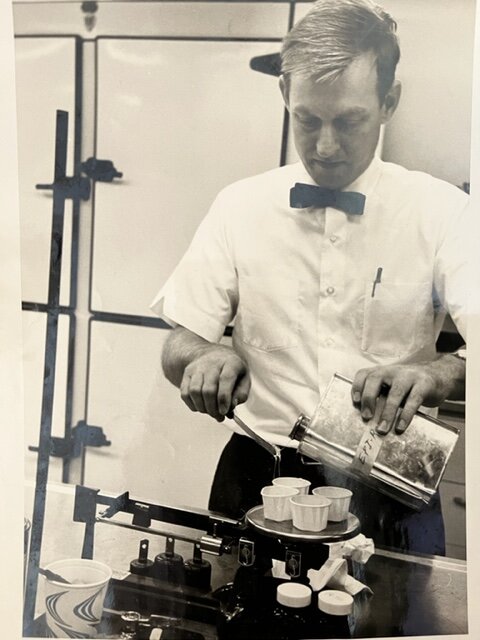 Ansel was born to George and Mattie Worley of Camp Taylor Kentucky on February 18, 1927- the 6th of 8 children. At a young age he was sent to work on his Grandfather’s farm in Mauckport, Indiana and attended a local one room schoolhouse after his morning chores.

The depression era, necessitating early responsibility and resourcefulness, often produced an individual referred to as a renaissance man. Ansel, was one.

In 1944, at age 17, while still in high school, he enlisted in the Navy. He was able to attend his HS graduation after boot camp, proudly wearing his Navy uniform. He was assigned to the destroyer USS  Eaton; a seaman, 2nd class, “the bottom of the heap” as he affectionately called it. He was trained as a gunner and spent months at sea in the Pacific, but the war ended before any major engagement.

He received a Chemical Engineering degree from the University of Kentucky in 1951 and a few months later married his Louisville sweetheart, Gloria.  A job at Western Electric (Hawthorne works) /AT&T brought them to Chicago in 1955 where they raised their four daughters. Ansel’s career with AT&T spanned 31 years, the last 7 in Richmond where he retired in 1986. Ansel made major contributions to the development of casting resins, plastics, encapsulating compounds and powder coatings for electrical insulation. He designed and installed facilities for their use in the manufacturing of capacitors, loading coils, electronic switching systems, and 8-wire connectors. He holds three U.S. patents as a result of these efforts.

In the late seventies, he teamed with MED, the Hawthorne Medical Engineering Development club, to solve a medical engineering problem for a heart surgeon at the University of Chicago. Ansel developed the first plastic disposable ‘Y’ connector used in heart lung machines. The plastic was superior to the metal Y connectors that had to be sterilized and were difficult to reattach. Ansel was an active member, contributor and speaker with many professional associations; ASTM- The American Society for Testing Materials, SPE-Society of Plastics Engineers, ACS-American Chemical Society and SME-Society of Manufacturing Engineers. He was a United States delegate to the USNC/IEC- United States National Committee of the International Electrotechnical Commission-meeting in Stockholm Sweden in 1977 and Florence Italy in 1978.

Ansel’s knowledge and interests were boundless as was his energy for them. He often spoke at schools and civic organizations about science topics and the importance of taking care of the environment. He was a gentleman farmer and happiest when in his garden. He was an amateur astronomer who built his own telescope.  He taught himself to play the piano but the harmonica was his instrument of choice throughout his life. He even occasionally played as he drove. He and Gloria square danced in their younger years and in his retirement he played league croquet on a local Richmond team. He taught Sunday School and managed the support for missionaries in Viet Nam and Kenya. He and Gloria traveled to Europe and Africa and took the family on many trips within the U.S.  He had a keen interest and a soft place in his heart for the American Indians and supported organizations that helped them. He and Gloria opened up their home to teens in the fostering system. He volunteered with the Pioneers, a charitable organization of telecom workers. He was an avid reader and could discuss most topics with a broad knowledge base.

If he wasn’t an engineer, he said he would be a teacher. His children and grandchildren were the lucky recipients of that desire. He never thought they were too young to learn and taught them to appreciate the world around them. He inspired and was an inspiration to all who knew him.

Ansel was preceded in death by his wife, Gloria Worley as well as his parents, and 7 siblings, Ruth, Sam, John, George, Mary Helen, Esther and Jim. He is survived by 4 daughters, Karen Neudecker (Steve),

The family does ask that in lieu of flowers, donations may be made to:

Please write "in honor of Ansel Worley" in the Donation Note area.

Share Your Memory of
Ansel
Upload Your Memory View All Memories
Be the first to upload a memory!
Share A Memory
Send Flowers
Plant a Tree