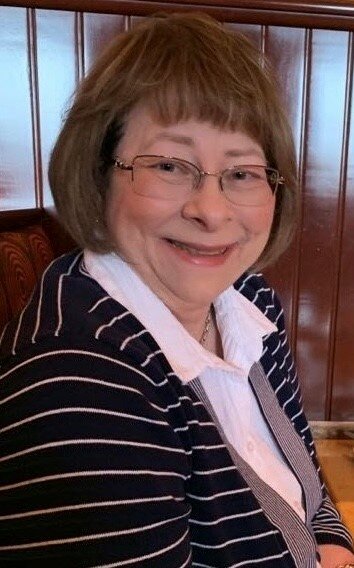 Virginia J. Georgis, 68, of Chantilly, VA, passed away on June 11, 2022, after a short battle with pancreatic cancer.

Born in Pennsylvania on July 23, 1953, Virginia moved four times in her youth for her father’s employment with the Boy Scouts. She enjoyed playing the piano and organ, but hated playing board games with her sister, although they enjoyed doing complex jigsaw puzzles together in later years.

After graduating from high school in Newport News, VA, Virginia attended The College of William and Mary and worked part-time at Fass Bros. Fish House. One night, she was driving on Fort Eustis Army base and was stopped by a military police officer, George Georgis. He recognized her as the hostess from Fass Bros., let her go with a warning, then sent her flowers, asked for a date, and married her less than a year later.

Being a wife, mother, grandmother and sister brought her the most joy in her life. She especially enjoyed family gatherings, talks with her granddaughter away at college, sleepovers and tea parties with her younger grandchildren, and visits to Williamsburg. She leaves her daughter, Ashley G. Nichols; son-in-law, Patrick D. Nichols; grandchildren: Kaylee Marie Georgis, Annalie Grace Nichols and Benjamin George Nichols; sister, Pamela J. Penny; and brother-in-law, James D. Penny. Virginia was predeceased by her husband, George C.T. Georgis, and her parents, Llewellyn T. and Carolyn L. Jordan.

In lieu of flowers, please consider a donation to: Capital Caring Adler Center on the Van Metre Campus, 24419 Millstream Drive, Aldie, VA 20105 or Child Development Resources, Post Office Box 280, Norge, VA 23127. A memorial service will be held on June 24, 2022 at 3:00 pm at Adams-Green Funeral Home, 721 Elden Street, Herndon, VA 20170. Interment will be in Arlington National Cemetery at a future date.

Share Your Memory of
Virginia
Upload Your Memory View All Memories
Be the first to upload a memory!
Share A Memory
Send Flowers
Plant a Tree