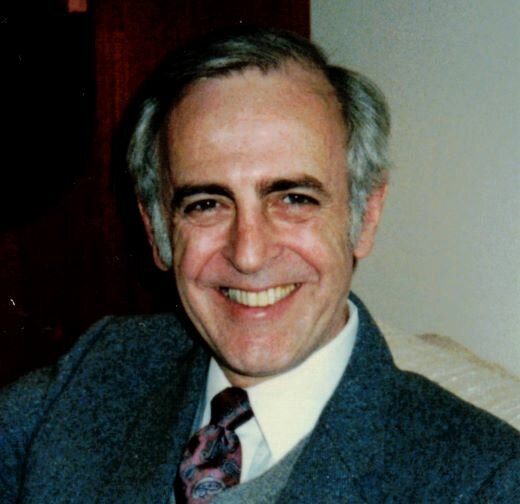 Barry Donald Brennan, 88, died at his home in Falls Church, VA, on June 13th. Barry was born in Dublin, Ireland, on May 2, 1934, to Joseph Desmond Brennan and Ethna Mary MacDonald, the third of five children.  The family moved first to London and then in 1939 to the United States, because of his father's postings in the Irish Foreign Service.  Barry grew up in Marblehead, MA, and Washington, DC.

Having  previously attended the Clongodowes Wood College in Ireland with his two brothers, Barry graduated from Western High School in Georgetown in 1951, attended Georgetown University, and graduated in 1955.  In 1958 he joined the United States Army, serving in Korea for 13 months.

In 1964 Barry opened his own bookstore called the Common Reader on N St. in Georgetown.  The name was taken from the writings of Virginia Wolfe.  The store later moved to Wisconsin Ave.  Opening the store was the result of a love of books that had led him to work for the Saville Bookstore during college  and Grove Press after college.  He also had managed the bookstore at National (now Reagan) Airport before opening his own store.

In 1967, continuing the management of the bookstore, Barry went to work for Univac, choosing a career   in the computer field that, sadly, eventually led to the closing of the Common Reader.  He was working for Unisys in Iran in 1978-79 when the Iranian Revolution took place.  The main focus of Barry's career was in telecommunications and as a result he worked for Telenet, MCI, Sprint and AT&T before retiring.

Barry was predeceased by his brother Peter, his daughter-in-law Lisa Bowes, and his former wife Dorothy Biser Brennan.  His marriage to Dorothy ended in divorce.

He is survived by his wife, Janet Shanholtz Brennan, his brother Dennis and wife, Joan, of Louisville, KY, and his two sisters, Ethna Hopper of Baltimore, and Claire Evans of London, England.  Also surviving are his children, Gavin (Leticia Hall) of Silver Spring, MD,  Megan (Robert Lomax) of Rockville, MD, Jared of San Diego, CA, Reil of Castro Valley, CA, and his step-daughter, Sara Bracken (Andrew Schroeder) of Falls Church, VA.  He is also survived by his six grandchildren, Liam, Caoimhe, Jacob, Molly, Kyla and Audrey Brennan as well as a step-granddaughter Eloise Schroeder.

Barry will be remembered for his love of a good book, his delight in tinkering and fixing most anything, and his insightful analysis of most everything.  His brother Dennis and his sisters remember him as the smartest and kindest and sweetest of brothers.

Share Your Memory of
Barry
Upload Your Memory View All Memories
Be the first to upload a memory!
Share A Memory
Send Flowers
Plant a Tree