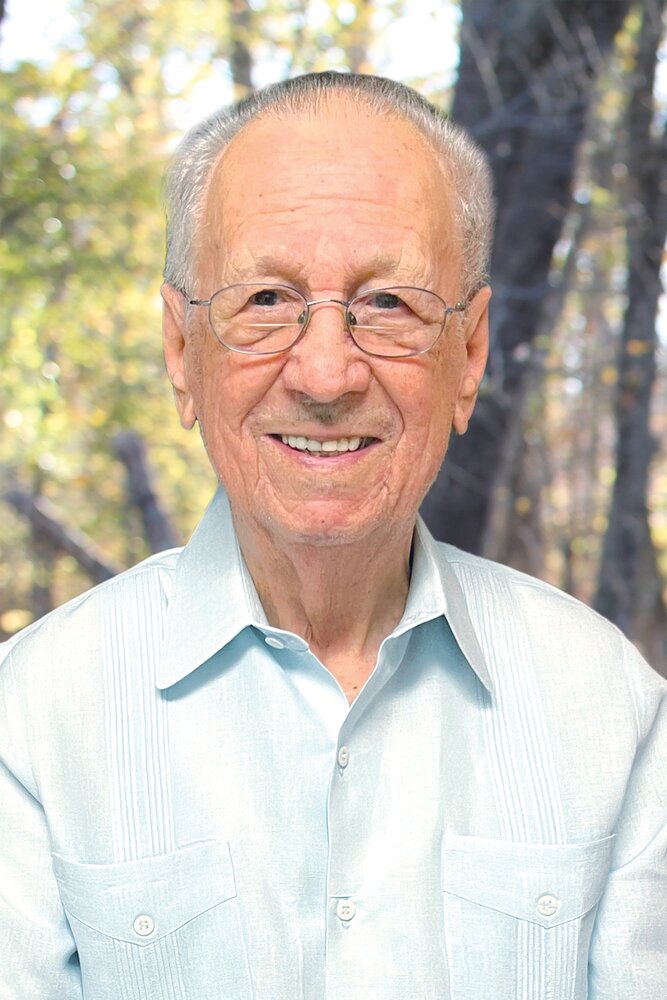 Please share a memory of Alfredo to include in a keepsake book for family and friends.
View Tribute Book

Alfredo E. Casta-Velez (Freddy), 93, originally from Puerto Rico and recently living in Potomac Falls, VA, was called by God to join Him in Heaven on July 14, 2022.

Freddy  was born on June 3, 1929 to loving parents Alfredo Casta Martinez  and Haydee Velez Seda as the first of two children.  Freddy lived his life in service, first with the U.S. Army and then as a Commissioned Officer with the Public Health Service reaching the ranks of Captain 06 during his 30+ years of service that was followed by another 20+ years working in the public sectors. His volunteerism was a lifelong core value and his contributions to non-profit organizations in support of local communities spanned 70+ years receiving special recognition by the Lions Club International for the most tenured Lion member in Puerto Rico.

Freddy was a dependable son to his parents; and a loving husband to his wife, father to his children, and “PapaAbuelo” to his grandchildren.  His family will miss him greatly.

A funeral Mass will be celebrated at Christ the Redeemer Catholic Church, 46833 Harry Byrd Highway in Sterling, VA, on Wednesday, July 20, 2022  at 3:00 p.m. Light refreshments will follow in Meeting Rooms #3 and #4.

In lieu of flowers, memorial contributions* may be made to the Puerto Rico Science, Technology and Research for Public Health Programs in honor of Alfredo E. Casta-Velez. Freddy’s  family encourages you to please give the gift of life by donating blood to your local blood bank.

*Donations made through the Adams-Green link to the left take a percentage of the donation, if you choose to donate, please do so directly at the link included above.

Share Your Memory of
Alfredo
Upload Your Memory View All Memories
Be the first to upload a memory!
Share A Memory
Send Flowers
Plant a Tree