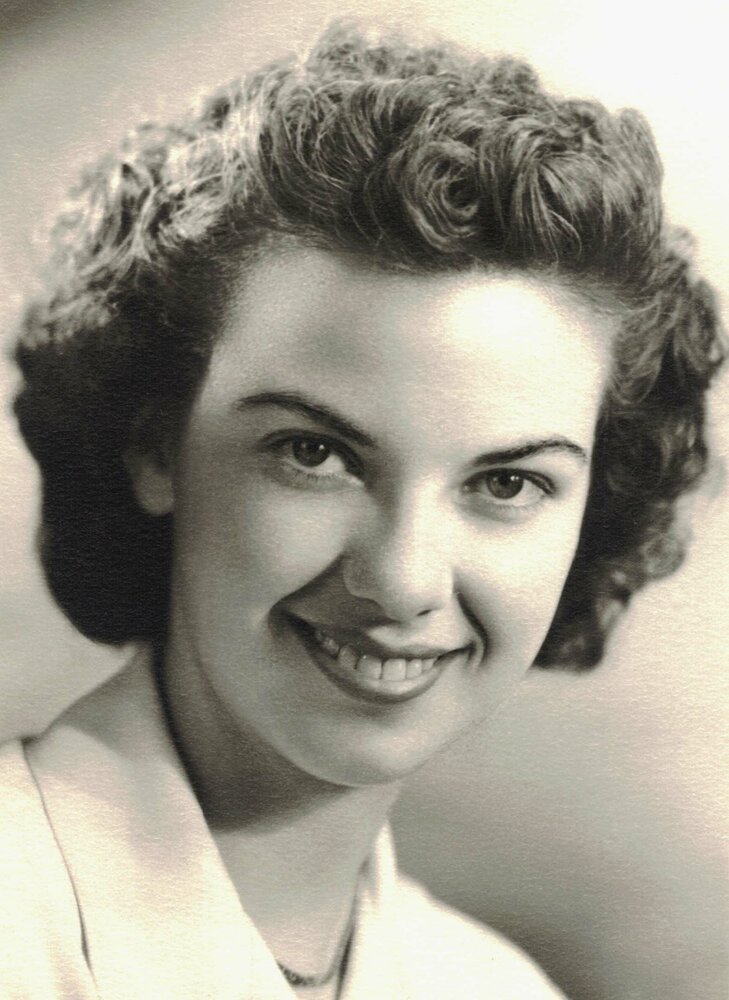 Please share a memory of Donna to include in a keepsake book for family and friends.
View Tribute Book

Donna Mae Josephine Anderson, 91, passed away at her Great Falls, VA, home on July 16, 2022, following a recurrence of cancer.

Donna was born in Decatur, IL, on March 19, 1931, the Feast of St. Joseph, and grew up on a farm near the village of Ivesdale, IL, south of Champaign. She was baptized and later married at St. Joseph Roman Catholic Church in Ivesdale, also known locally as “The Cathedral of the Cornfield.” From an early age, she excelled in every academic subject, beginning in a one-room schoolhouse typical of rural America in those days, later becoming Monticello High School’s delegate to Girls State and valedictorian of her graduating class, and graduating from the University of Illinois with a bachelor’s degree in education. A stunning beauty, she married her college sweetheart, Robert H. (Bob) Anderson, and later taught high school in Sadorus, IL, while Bob served overseas in the U.S. Army Corps of Engineers during the Korean War. They were married for 60 years, until Bob’s death in 2013. After Bob retired from a long and successful engineering and business career, he wrote in his autobiography that marrying Donna “was the very best decision I ever made, and I still can’t believe I was able to find her out of all the people in this crazy world.”

The couple settled in Southern California for about 20 years—first in Redondo Beach and later in Rancho Palos Verdes—and moved to Great Falls, VA, in 1976, where Donna lived ever since. She was a parishioner of St. Thomas à Becket Catholic Church in Reston and later of St. Catherine of Siena Catholic Church in Great Falls. She was a founding member, early officer, and Woman of the Year honoree of what was then called the Great Falls Woman’s Club, formed in 1980 to support the members’ interests in the arts and to establish a growing local scholarship fund that exists to this day.

A voracious reader of both news and fiction, Donna also enjoyed playing golf, watching Cubs and Nats baseball, and volunteering in her community and church. She traveled extensively in America and abroad with her husband. Above all, she treasured time with her family, especially when her daughters (“my chicks”) surrounded her. She is mourned by daughters Mary, Linda, Shirley, and Robin; granddaughter Una Lawrence; sister Dolores Shelby; brother Jim Green; several nieces and nephews; and all the friends and acquaintances who delighted in her sweet personality and dry observational wit.

Hers was a rich life of deep faith and devoted love. Special thanks to Capital Caring Hospice, whose support enabled her to complete her earthly life while remaining at home. Visitation will be held on Sunday, July 24, from 2 to 5 p.m. at Adams-Green Funeral Home, 721 Elden St., Herndon VA. The Mass of Christian Burial will be offered on Monday, July 25, at 11 a.m. at St. Thomas à Becket Catholic Church, 1421 Wiehle Ave., Reston VA. Interment will follow at Chestnut Grove Cemetery, 831 Dranesville Rd., Herndon VA. Charitable contributions in Donna’s memory may be made to Catholic Charities, the Women’s Club of Great Falls Scholarship Fund, or another charity of your choice.

Share Your Memory of
Donna
Upload Your Memory View All Memories
Be the first to upload a memory!
Share A Memory
Send Flowers
Plant a Tree