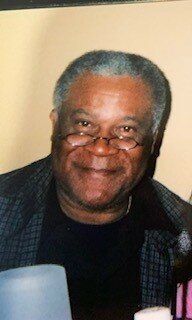 Please share a memory of Lawrence to include in a keepsake book for family and friends.
View Tribute Book

Dr Lawrence Bussey was born October 17, 1940, to Lawrence and Trudel Bussey.  He grew up in the Sheepshead Bay neighborhood of Brooklyn, NY and attended Abraham Lincoln High School where he excelled in track and field.  Larry went on to attend NYU where he earned his undergraduate degree in education.  He earned his Master of Education Administration also from NYU and he completed his educational studies at UMass Amherst where he earned his PhD in education.

He began his lifelong commitment to education, diversity, and equity as a teacher in the New York City Public School System where he taught art to the city’s youth.  Larry brought his passion for ensuring equal access to quality education to our nation’s youth when he joined the U.S. Department of Education’s Office for Civil Rights (OCR).  He began his 30 plus year career with OCR as an enforcement officer conducting the program office’s core work of identifying, preventing, and resolving acts of discrimination against our nation’s students.  Larry also supported OCR’s Civil Rights Data Collection, gathering, analyzing, and reporting on a variety of school and district level data used by the Department of Education, policy makers, researchers, journalists, parents, and educators.

After retiring from the Department of Education, Larry went on to support a variety of educational institutions equity and diversity initiatives, most notably Fairfax County Public Schools where his children and many of his grandchildren graduated from.  He also proudly supported the Fairfax Alliance of Black School Educators, Fairfax NAACP, and The Family Place of DC serving low-income immigrant families.

Larry was also an accomplished artist and continued nurturing his love of art after he retired from teaching in the New York City Public School System.  He could often be found painting or sketching at home and always looked forward to our annual vacations on Hilton Head Island where he always came back with a sketch book full of artwork.  Larry was a supporter of the Greater Reston Arts Center (GRACE) as both a patron and teacher. He also loved cultivating his grandchildren and great grandchildren’s passion for art in many different forms and his artwork is proudly displayed in his children’s and grandchildren’s homes.

He was a kind, caring and thoughtful man who radiated joy and pride in both his immediate and extended family.  Papa could always be counted on to show up to family events with an assortment of presents and funny stories for the kids.  Every child in the family grew up hearing stories about a fictional character named KK Majenkins, whose legend grew as Papa embellished his stories over the years.  He loved entertaining his family and nothing brought him more happiness than seeing the smiles on the faces of his loved ones.

Share Your Memory of
Lawrence
Upload Your Memory View All Memories
Be the first to upload a memory!
Share A Memory
Send Flowers
Plant a Tree