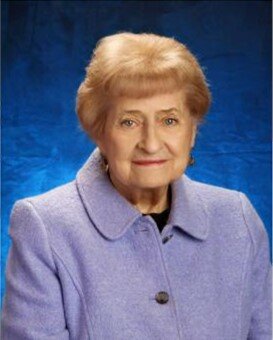 Please share a memory of Alice to include in a keepsake book for family and friends.
View Tribute Book

Alice Criswell passed away on August 1, 2022, in Leesburg, Virginia.

Alice was born April 12, 1935, in Fort Riley, Kansas and was the daughter of a US Army officer. She moved many times in her youth and often proudly noted that she attended five different high schools including schools in Germany and France. Alice received a bachelor’s degree in English Literature from The College of William & Mary, where she was a member of the Chi Omega sorority.  Later she earned her master’s degree in Library Science at Arizona State University.  She married Phillip Criswell in June 1958 after his graduation from the United States Naval Academy.  His military career afforded her more travel to various domestic posts, but her favorite – and longest – was England.  After the birth of her two sons, Alice studied accounting at California State University, earning her CPA. She worked in a variety of accounting and financial analyst roles before accepting the professional role she relished, which was as an Auditor and Inspector with the Central Intelligence Agency.  Her 20+ year career with the Agency included compelling work, great friendships, and frequent travel to fascinating foreign countries.  Alice enjoyed painting, genealogy, and – most of all – a good mystery show on the BBC.

Details of Alice’s burial at Arlington National Cemetery are pending.

Share Your Memory of
Alice
Upload Your Memory View All Memories
Be the first to upload a memory!
Share A Memory
Send Flowers
Plant a Tree