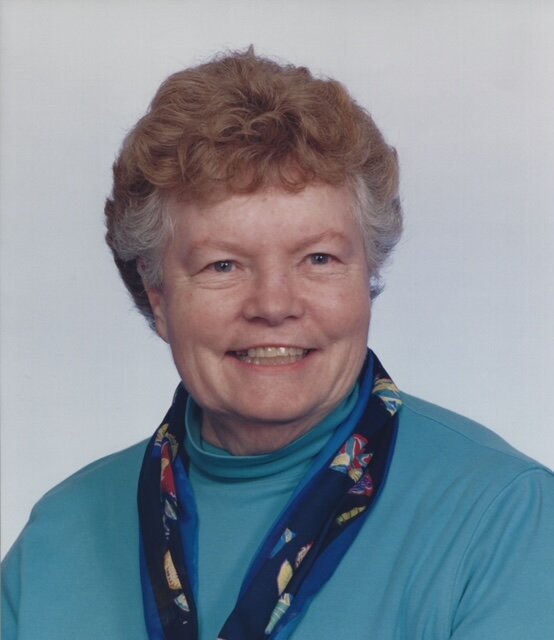 Please share a memory of Marie-Beth to include in a keepsake book for family and friends.
View Tribute Book

Marie-Beth Hall, 89, passed away August 4, 2022 at her home in Ashburn, Virginia. A 1953 graduate of Radcliffe College, “Boots” as she was known to her family and friends joined Pan American Airways as a flight attendant and purser, and flew worldwide for eight years. That job in those days allowed her to golf in Scotland, ski in Kitzbuhel and enjoy the sights of the western Pacific on her time off. She qualified as a pilot in small aircraft and also flew sailplanes.

In 1961 Boots married Jack Hall, whom she had met during their college days. This was the beginning of a 61-year partnership. Because Jack was deployed with the Navy for months at a time, Boots had most of the responsibility for raising their four children during their early years.  In the late 1970s she began a career as an editor and technical writer at the Department of Energy. There she met Jean Ebbert, also the wife of a Navy Captain, and the two of them decided to research and write about women in the Navy outside the framework of WAVEs and nurses. This labor of love took ten years of their spare time and was originally published in 1993. Boots and Jean updated the book twice and the third edition is titled “Crossed Currents: Navy Women in a Century of Change,” published in 1999. Their research pointed them toward another untold story and in 2002 they also published “The First the Few the Forgotten: Navy and Marine Corps Women in World War I.”

Boots’s connection to the US Navy extended far beyond her books. Her father Albert Walsh was a Naval Academy graduate who served in World War II, her husband and sons served and Boots was deeply involved with the Navy Relief Society, volunteering many of hours of work over a period of years in addition to meeting her family responsibilities when Jack was deployed.

Boots was well known in both the local and national swimming communities, officiating at meets ranging from the local summer league to Olympic Trials. She was also a Life Member of US Swimming. As a long-time official she served as the Officials’ Chair for Potomac Valley Swimming and the Eastern Zone. In 2008, Boots was presented the Maxwell Award by USA Swimming to recognize her dedication and contributions to local swimming, and in 2019 Potomac Valley created the Boots Hall PVS Official of the Year Award to honor those who demonstrate exceptional dedication and support to Potomac Valley Swimming. Most importantly, she was a mentor and friend to a generation of officials.

Boots and Jack enjoyed duplicate bridge and competed in tournaments and club games for many years.  She was a member of the American Contract Bridge League and held the rank of Silver Life Master.

Boots is survived by her husband, her brother Robert Walsh, four children and their spouses, and six grandchildren.

Share Your Memory of
Marie-Beth
Upload Your Memory View All Memories
Be the first to upload a memory!
Share A Memory
Send Flowers
Plant a Tree