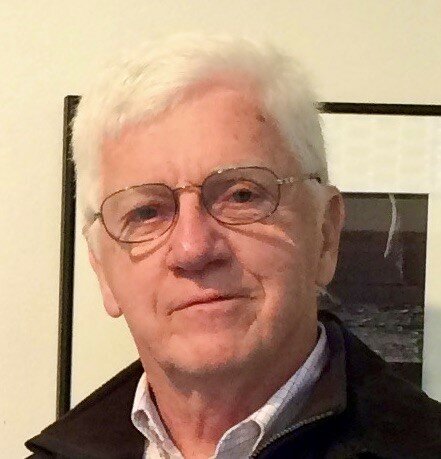 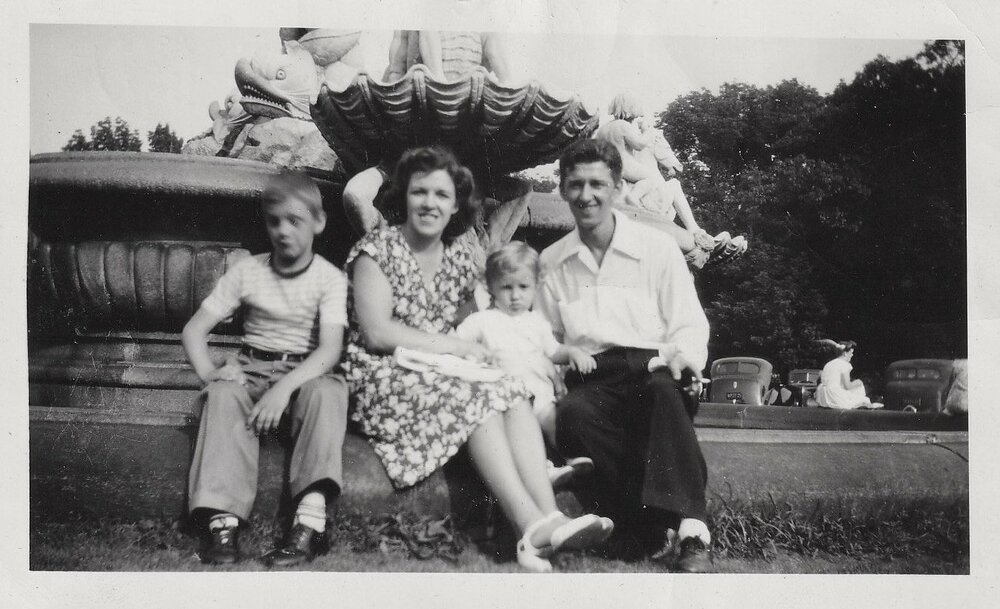 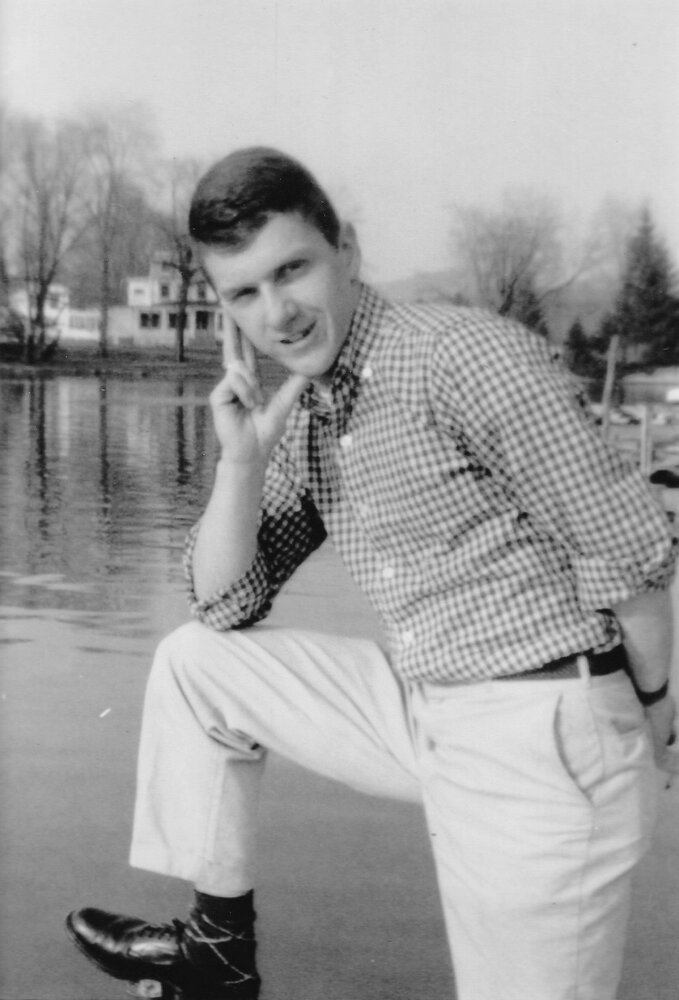 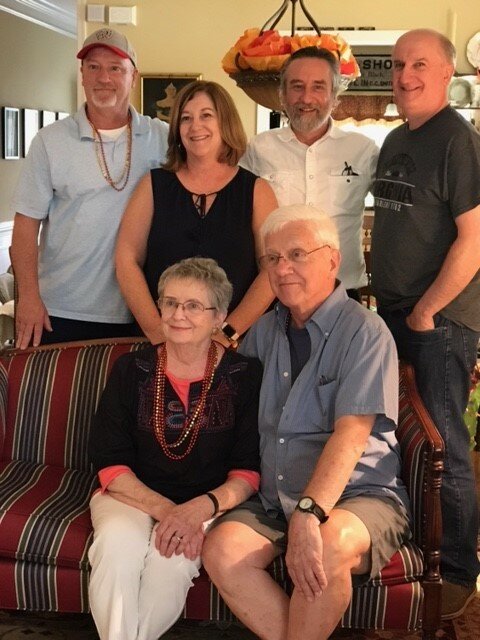 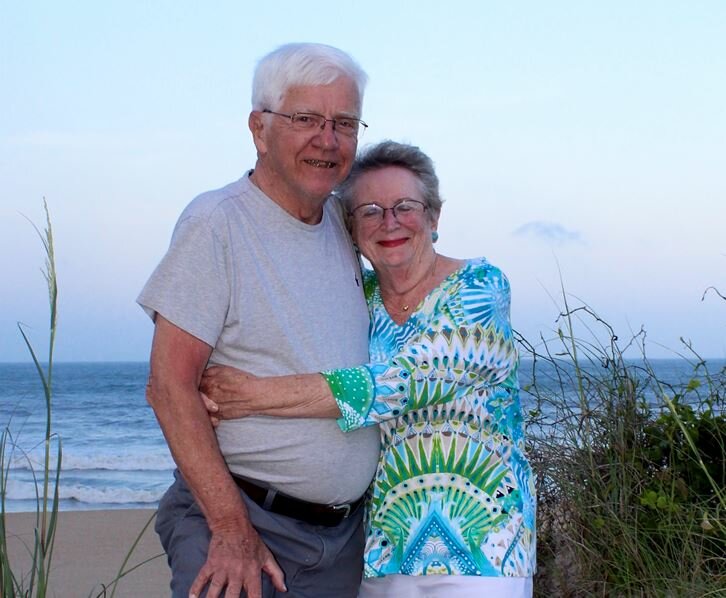 Please share a memory of Walt to include in a keepsake book for family and friends.
View Tribute Book

On August 10, 2022, Walt, 84, died peacefully at his home in Ashburn, Virginia from complications of ALS (Lou Gehrig’s disease). His beloved wife of 63 years, Susan (Deily), was at his side.

Walt was preceded in death by his parents, Walter and Mary, and his godmother, Nellie Duka. He is survived by his wife Sue; his four children, Donna Hurwitt, Thomas (Christine), Peter (Rosa), and Jeffrey; five grandchildren, Margaret (Brent Hamilton), Steven, Amanda and David Hurwitt, and Peter; and his brother Richard (Suzanne).

Born and raised in Jersey City, New Jersey, Walt was part of a large, warm extended family who dubbed him with the nickname “Murphy.” After graduating from Lincoln High School, Walt became the first in his family to attend college – Rutgers University, Beloit College (B.A.) and the Columbia University Graduate School of Journalism (M.S.).

Walt and his young bride were quick to start and grow their family in the 1960s. Moving from the city to northern Virginia and owning their first home gave birth to what would become a lifelong love of gardening – getting his hands dirty and designing beautiful landscapes. He was an avid music lover, a painter, and a history buff. Being a curious guy made him a great journalist and conversationalist; everyone has a story and Walt was always keen to hear them.

Studious, but not always serious, he was known for his sense of humor and his wit, willingness to hit the dance floor, and his great head of hair. Walt was a card player, big sports fan, and follower of all D.C. teams. He enjoyed tennis, was a serious runner and proud to have completed the Marine Corps Marathon.

Walt’s kids have endless memories of backyard ballgames, family vacations in Vermont and Maine, and occasional creative traffic maneuvers used to counter his impatience. He took pride in the accomplishments of his kids and grandkids and had a great appreciation of each ones’ individuality.

A lifelong journalist at heart, Walt’s career spanned almost every aspect of traditional mass communications, including journalism, advertising, broadcasting, and public relations, and he worked in New Jersey, Washington, D.C., and on Madison Avenue. Most of his professional life was dedicated to public service in the nation’s capital where he had a front row seat to history. An indelible memory was being on the National Mall in 1963 when Martin Luther King Jr. gave his “I Have a Dream” speech during the March on Washington.

After getting his start with local papers in Jersey (and a brief stint as copy boy at The New York Times), Walt came to D.C. in 1962 as a reporter, and later Assistant City Editor, for the Washington Post. He heeded a call to government in 1965 and served as Information Director at the President’s Committee on Consumer Interests, helping to shape the philosophy of the national consumer movement, and contributing to the passage of landmark consumer legislation.

Future roles took Walt to Young & Rubicam ad agency, the newly formed Corporation for Public Broadcasting, and the U.S. Postal Service. He took great pride in helping to raise public radio and TV from the obscurity of its early days to national recognition. His kids were impressed that he rubbed elbows with the likes of Big Bird and Mr. Rogers.

In 1977 Walt served for a year as Associate Press Secretary in the Carter White House. It was a frenetic, zany, and gratifying year of 70+ hour work weeks and nonstop travel, handling the press corps and much of the nation’s media.

Walt rounded out his (paid) career as a PR consultant associated with Barksdale Ballard & Co., and finally with a return to his true passions of writing and editing at AARP.

For the past nine years, he’s received tremendous satisfaction as a volunteer writer and editor for his hometown Potomac Green Magazine. He enjoyed friendship with many in this community that became his retirement home and will be remembered for his kindness and his passion for a great martini.

Share Your Memory of
Walt
Upload Your Memory View All Memories
Be the first to upload a memory!
Share A Memory
Send Flowers
Plant a Tree