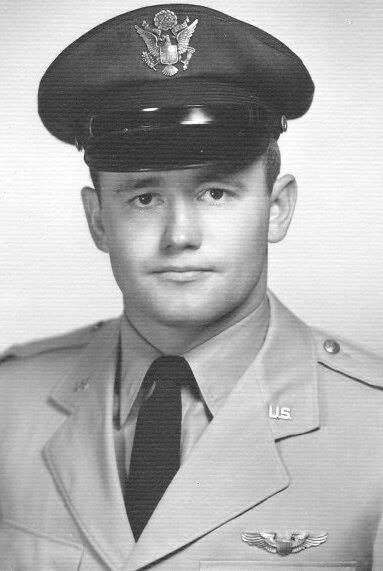 Please share a memory of Jerry to include in a keepsake book for family and friends.
View Tribute Book

Jerry G. Malloy, 91, of Reston Virginia, passed away peacefully on August 15, 2022, surrounded by loving family.  Jerry was born in Oskaloosa, Iowa, and was one of 12 children. Jerry was predeceased by his beloved wife of 32 years, Carolyn, and many of his siblings.  He is survived by his eight children, Paula Hermens (David), Tracy Malloy (Nori Bokum), Meagan Malloy Church (Jon), Lisa Malloy Nardini, Julie Hicklin, Jill Descaro (John), Jamie Tschatnz (Doug) and Jeffrey Hicklin.  Jerry is also survived by one brother, two sisters, and many grandchildren and great-grandchildren who were all dear to his heart.

Jerry shared that as a young boy he had been offered a ride in a small airplane.  It was during that ride that he knew he wanted to become a pilot.  Jerry enlisted in the United States Air Force in 1953.  He had a decorated career as a pilot in the USAF, serving in Korea and two tours in Vietnam. For his service, he received the Distinguished Flying Cross, Air Medal with 5 Oak Leaf Clusters, Air Force Commendation Medal, Air Force Outstanding Unit Award with 1 Oak Leaf Cluster, Combat Readiness Medal, the Nation Defense Service Medal with 1 Bronze Star and numerous other awards.  He retired from the USAF in 1972 having achieved the rank of Lt. Colonel.

Jerry earned his BS in Military Science in 1964 and was awarded the degree of Bachelor of Business Administration in Accounting from the George Washington University in 1974.  He excelled in his second career as a CPA, serving as Senior Vice President Comptroller for the National Association of Home Builders in Washington, D.C. retiring in 1994.

Jerry had a quick wit and a kind heart.  If he knew that a friend, neighbor, or co-worker would be alone over the holidays he would open his home to them.

Jerry was an avid golfer who made a hole in one at the age of 76.  He was also an excellent card player.  You did not want to face him in a game of bridge or poker unless you were prepared to lose.

Jerry served as a Deacon in his church.  He and his wife, Carolyn, spent several months with the Red Cross in NYC after 9/11 to assist in providing food and comfort to those working at Ground Zero.

Jerry's family lovingly referred to him as "Superman", not only for his acts of bravery but for his acts of warmth and faith.  He will be deeply missed by all who knew him.

Jerry's final resting place will be at Arlington National Cemetery.  In lieu of flowers donations may be made to one of Jerry's favorite charities, The Wounded Warrior Project.  https://support.woundedwarriorproject.org/Default.aspx?tsid=11585&ovr_acv_id=16828&campaignSource=ONLINE&source=BS22022AAABRXAA&gclid=EAIaIQobChMI2cCy8I_e-QIVWsmUCR3OOQuWEAAYASABEgLBIPD_BwE&gclsrc=aw.ds

Share Your Memory of
Jerry
Upload Your Memory View All Memories
Be the first to upload a memory!
Share A Memory
Send Flowers
Plant a Tree