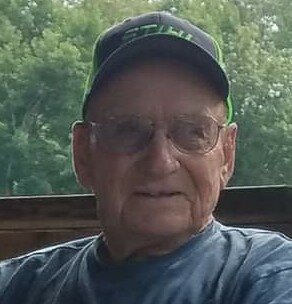 Around the age of 20, Charles joined the military entering as a Private with the US Army. He was active in the army during the Korean War conflict from 1951 to 1953.  After leaving the military, he went to work as a heavy equipment operator and also spent time as a truck driver for various companies until his retirement. Charles also loved farming and working on the land. Charles was also very active within his community enjoying helping others when in need and being a good neighbor.

Charles was preceded in death by his current wife, Lauretta J. Melton along with his first wife, Hattie M. Melton.

He is survived by his children, daughters, Teresa Mongold of Charlestown, WV;  and Karen Moore of Middleburg, VA; and sons Charles F. Melton Jr. of Magnolia, DE and Gregory A. Melton of Fort Valley, VA. Charles is also survived by a sister, Helen Bradshaw, along with 8 grandchildren, and 11 great grandchildren.

A visitation will be held at Adams Green Funeral Home in Herndon on Friday, September 2, 2022 between 10:00-11:00 AM followed by chapel services at 11:00 AM with Pastor Duke McCaffrey officiating. Burial to take place at Chestnut Grove Cemetery in Herndon immediately following the funeral service.