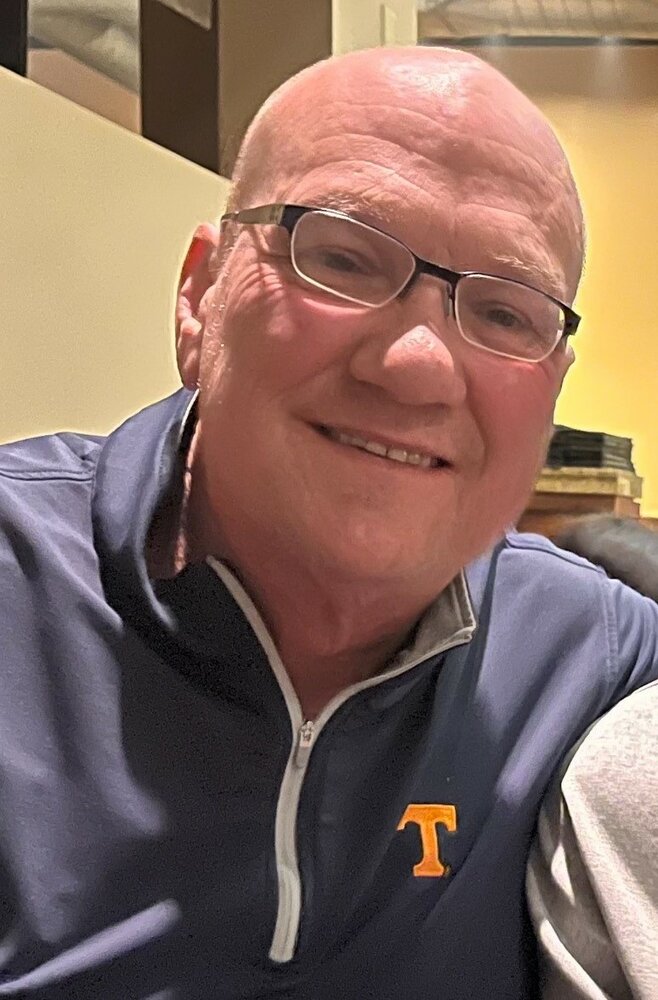 Please share a memory of Randy to include in a keepsake book for family and friends.
View Tribute Book

To view LIVESTREAM of the Mass at Our Lady of Hope Catholic Church press here: https://ourladyofhope.net/

James Randolph (Randy) Lawson, 64, of Potomac Falls, VA, passed away suddenly on September 7, 2022, at his home in Lowes Island.

Raised in Arlington, Virginia, Randy graduated from Washington and Lee High School in 1976.  He went on to graduate from Old Dominion University with a Bachelor of Science degree in Business Administration.  He met, Jan, his beloved wife in Bethesda, Maryland and were married on June 16, 1990, at St. Agnes Catholic Church in Arlington, Virginia. After residing in McLean for three years they moved to Potomac Falls, Virginia where they raised their two sons. Ever the coach, one of Randy’s loves was coaching his boys in baseball and sharing his love of the sport with hundreds of young players in Lower Loudoun Little League. He continued coaching Braedon and Cortland on their “Xplosion” travel baseball teams.  His players along the way will fondly remember his voice urging them to “bang the ball.” He loved nothing more than coaching, golfing, and spending time on the water with his boys. Braedon attended Our Lady of Hope Catholic School, the Heights, and St. Paul VI Catholic High School excelling in baseball and golf. He is currently Assistant Golf Pro at Long Bay Golf Club in Myrtle Beach, South Carolina where he resides with Jackie and Wesley.  Cortland attended Our Lady of Hope Catholic School, the Heights, St. Paul VI Catholic High School, and Dominion High School. A stand-out shortstop on the University of Tennessee Baseball team, Cortland was drafted this year by the Washington Nationals. Thankfully, Randy was able to watch Cortland play numerous games with the Fredericksburg Nationals this season.

As a founding member of Our Lady of Hope Catholic Church, Randy played a key role in the building and establishment of the church during 2000-2003 under Father William Saunders’ leadership. He served as the Parish Facilities Manager during the early days, was a long-time member of the Knights of Columbus, and served on the usher team for many years.

His other loves, as anyone who spent time with Randy knew, was the water, boats and his “collections.” Gloucester, Virginia was where he was most relaxed. A day on the water, fishing, eating crabs, tending to projects, dinner and drinks at YROC, or sharing his extensive collections that included everything from Revolutionary and Civil War rifles, cannon balls, old 45 records, and oyster cans, brought him happiness and contentment. His love of his Country, history, and his family heritage is clearly woven through all he collected and proudly displayed.

Randy spent most of the period from the late 1990’s through the mid-2000’s working for Tishman Speyer, real estate investment firm, in Washington, D.C. He had operational oversight for a 10 million square foot commercial real estate portfolio covering both the Washington, D.C., and Northern Virginia markets. He was instrumental in creating millions of dollars in value and profitability for the company by increasing net operating income, and successfully managing the best operators in the marketplace.  After Tishman Speyer, Randy held multiple key operational roles at JPMorgan Chase (JPMC) including Senior Asset Manager for Commercial Real Estate (East Coast). Most recently Randy was the Head of US Operations managing all 5,500 JPMC retail branches throughout the entire country.  Randy was also instrumental in the completion of the retrofit of the famous Bowen Building in downtown Washington, DC where he spent two years providing professional oversight and guidance on all operational issues from parking operations, mechanicals, and sustainability.

Visitation will be Sunday, September 11th from 4:00 - 6:00 p.m. at Adams-Green Funeral Home, 721 Elden Street, Herndon, Virginia. A funeral Mass will be held at Our Lady of Hope Catholic Church at 11:00 a.m. on Monday the 12th of September. The Rosary will be prayed for Randy beginning at 10:30 a.m. in the Narthex prior to the Funeral Mass. Instead of flowers, the family would be extremely grateful for donations to be made in memory of Randy Lawson to Tunnels to Towers Foundation at www.t2t.org or to the Guinea Heritage Association online at http://www.guineaheritage.org/donate/ or by mail: Attention: Sharon Zuber, P.O. Box 411, Bena, Virginia 23018

Share Your Memory of
Randy
Upload Your Memory View All Memories
Be the first to upload a memory!
Share A Memory
Send Flowers
Plant a Tree