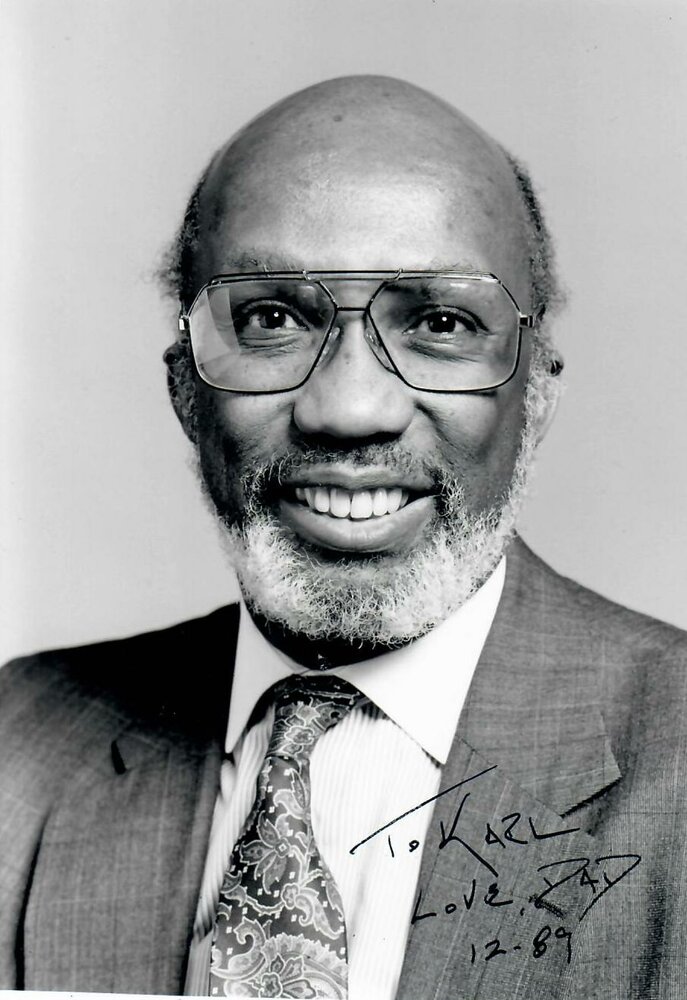 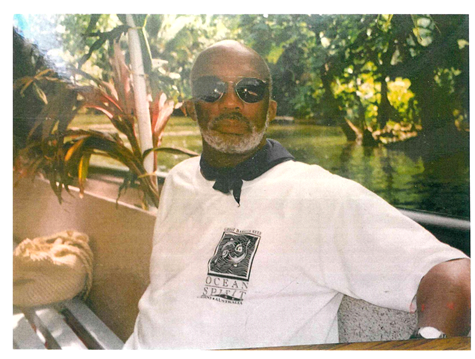 How do you chronicle a 92-year life journey which was filled with memorabilia, and impactful, loving, blessed milestones such as being a loving father and husband, grandfather, and great grandfather? He contributed to historical firsts, meeting with Presidents, and building world-famous aircraft. Supporting and building the infamous slave ship — the Amistad in its reincarnation as a traveling museum educating thousands of visitors about the horrors of the slave trade. Former chapter president and member of the Alpha Phi Alpha fraternity Inc. He served on numerous Boards of Directors and Trustees which serve our community — You Celebrate!
William Arthur Minter was born in Harlem, New York — the 2nd son of Nannie B. Weeks-Minter and Thomas K. Minter. He spent his childhood and adolescent years in New York City until he went to Lincoln University, the nation's first-degree granting HBCU, located in Pennsylvania. During his tenure at Lincoln, William joined Alpha Phi Alpha, the brotherhood of thousands of members worldwide in their unified mission to promote scholarship, service, and love for all mankind. William graduated from Lincoln University with a Bachelor's Degree in Engineering.

Applying this engineering degree and knowledge, William spent the majority of his professional life and career between two major companies. The first was Fairchild Republic Industries, based in Farmingdale, New York, where he rose to the position of Vice President, charged with the development and supervision of the Company's A-10 aircraft program. The A10 is a single pilot, twin jet engine fighter aircraft developed for and deployed by the U.S. Air Force and is known as the "Warthog", "Flying Gun" and the "Tank buster".

Following his stint with the Fairchild Republic, William relocated from Long Island to Guilford, Connecticut and he joined the senior management team at Sikorsky Aircraft, a division of United Technologies, now Lockheed Martin, based in Stratford, Connecticut as the Vice President, and Program Manager for the Black Hawk helicopter. The Black Hawk is among the most powerful and impressive armed military helicopters and was featured in the 2001 movie "Black Hawk Down" produced by Scott Ridley and Jerry Bauckheimer. William later shifted his role and responsibilities from serving as a Sikorsky liaison to the U.S. Army to Vice President of Safety and Environmental Health. William retired from Sikorsky in 2006.
William's post-retirement activities and commitments kept him multi-tasking at a pace that he maintained while a corporate executive. Following his passion for education, self-empowerment, cultural preservation, and historical relevance, William served extended terms on numerous Boards of Directors and Trustees, including Amistad America (as Chairman), Yale New Haven Hospital, New Haven Savings Bank, United Way, and the Greater Bridgeport Symphony Orchestra.

The Amistad was the (now globally known) slave ship that carried 53 Africans illegally captured in Sierra Leone bound for a life of slavery. In June 1839, the Africans revolted and took command of the schooner, sailing up the U.S. East Coast for three months before being captured, tried for piracy and murder, and ultimately freed due to the support of abolitionists. William served as the Chairman of Amistad America, which oversaw the reproduction and building of a "reincarnated" Amistad slave ship, launching in March 2000 from Mystic Seaport in Connecticut under Captain Bill Pinckney. The Amistad serves as a floating museum focused on education and understanding history and is a symbol of unity and freedom.

Between 1951 and 2007, William enjoyed the love of three (3) wives, who pre-deceased him: Jerolyn Johnson Minter (mother to Kendall, Alan (deceased), and Karl); Geneva Mickle Minter (mother to Kevin); and Valerie A. Minter. William is survived by his sons Kendall (wife Pamela), Karl (wife Mary), and Kevin and his nephew Thomas K. Minter, Jr., the sister-in-law of his deceased brother Dr. Thomas K. Minter (wife Dr. Rae Alexander-Minter), and eight grandchildren and five great-grandchildren.